Where this all ends now is anyone’s guess, though Trump’s firing his secret police chief unavoidably will bring scrutiny to issues—above all his links to Russia—which the president is desperate to make disappear. Indeed, it was Comey’s refusal to ignore Team Trump’s Russia problem that led to his brusque dismissal by Trump’s bodyguard-turned-factotum. In Los Angeles when he got the news from television, the FBI director was so stunned that at first he thought it was a prank.

However, the White House was deadly earnest about defenestrating Comey, whose refusal to toe the Trump line on the Kremlin proved his undoing. In particular, his unwillingness to say three magic words—“There’re no ties”—and thereby take the heat off the president regarding Russia drove Trump to distraction. Press reports portray a White House in crisis over Kremlingate. Politico captured the administration’s panic with this insider depiction of the president:

The latest reports demonstrate that Trump grew furious with Comey over the FBI’s director’s unwillingness to accept and publicly push a series of obfuscations that are dear to the president and his retinue. In particular, Trump was angry that Comey refused to advocate for the president’s fact-free belief that his predecessor “wiretapped” him. That particular Fake News, which is of Kremlin origin, has been thoroughly debunked by genuine experts and intelligence bosses in Washington, yet inexplicably remains an idée fixe to our commander-in-chief.

It’s difficult to see how this can end well for Team Trump since, even with Comey gone, the FBI will continue its counterintelligence investigation of the White House and the 2016 election, looking for links to Vladimir Putin—and so will Congress. The president may have to worry about the latter as much as the former, particularly in light of the revelation that the Senate Intelligence Committee has turned to the Treasury Department for help in getting to the bottom of Trump’s murky finances.

Significantly, Congress is getting support in its investigation from Treasury’s Financial Crimes Enforcement Network, known to insiders as FinCEN. These are the Intelligence Community’s experts in tracking shady financial deals.

Then there’s the fact that one or more grand juries are busy assessing which members of Team Trump may be facing criminal charges—and for what, exactly? We now have confirmation, after weeks of rumors, that a Federal grand jury in Virginia has issued subpoenas for inquiry into possible illegalities committed by Michael Flynn, the retired Army lieutenant general who briefly served as Trump’s National Security Advisor before he was booted for lying about his connections to Moscow.

This grand jury is part of the Justice Department’s broader investigation of KremlinGate, and there are persistent rumors of a second grand jury in New York examining Team Trump. The same sources which reported the Virginia grand jury, weeks before the mainstream media confirmed the story, speak of one in New York—and that indictments are coming.

Regardless, if the White House expected that by firing Director Comey they could make their Russia problems go away, they were sorely mistaken. FBI employees were flabbergasted and outraged by the rude manner in which their boss got fired, while people across the Intelligence Community were befuddled by this latest Trumpian tactic. Since the president has repeatedly insulted and demeaned our nation’s spies during his few short months in office, we should now expect a barrage of embarrassing leaks from the IC in response. That’s how the DC game is played.

The views of the IC were expressed unofficially by retired General Mike Hayden, a career spook who headed both CIA and NSA, and a level-headed fellow not prone to verbal overreach. In an interview about Comey’s firing, Hayden stated he was “very surprised and stunned as anyone” by Trump’s move, adding piquantly, “I’m trying to avoid the conclusion that we’ve become Nicaragua.”

It certainly didn’t help matters that the day after firing Comey, the White House had a special visitor—Sergei Lavrov, Russia’s cagey foreign minister. True to form, Lavrov made an on-camera joke about the FBI director’s dismissal, and for reasons that cannot easily be understood, all American media was kept away from the president’s meeting with Russia’s top diplomat, but Russian state media was not. To make matters worse, a Russian photographer arranged a photo op with President Trump, Foreign Minister Lavrov, and Sergei Kislyak, Russia’s ambassador to Washington, who’s been at the center of several scandals involving Team Trump.

In the aftermath of that unforced public relations debacle, which reopened cans of worms that the administration wants to close tightly, the White House is reported to be livid with Moscow. According to CNN, an administration official admitted Team Trump had been conned by the Russians: “They tricked us,” the official stated, “They lie.”

Anybody not previously aware that the Kremlin employs lies to further its diplomacy the way normal countries host cocktail parties is someone unfit to handle serious matters of statecraft. It seems Moscow wanted to send the message that it can manipulate President Trump and his administration whenever they feel like it. As I recently noted, Putin doesn’t care that we know he’s calling the shots here. That’s not something getting rid of Director Comey will change in the slightest. 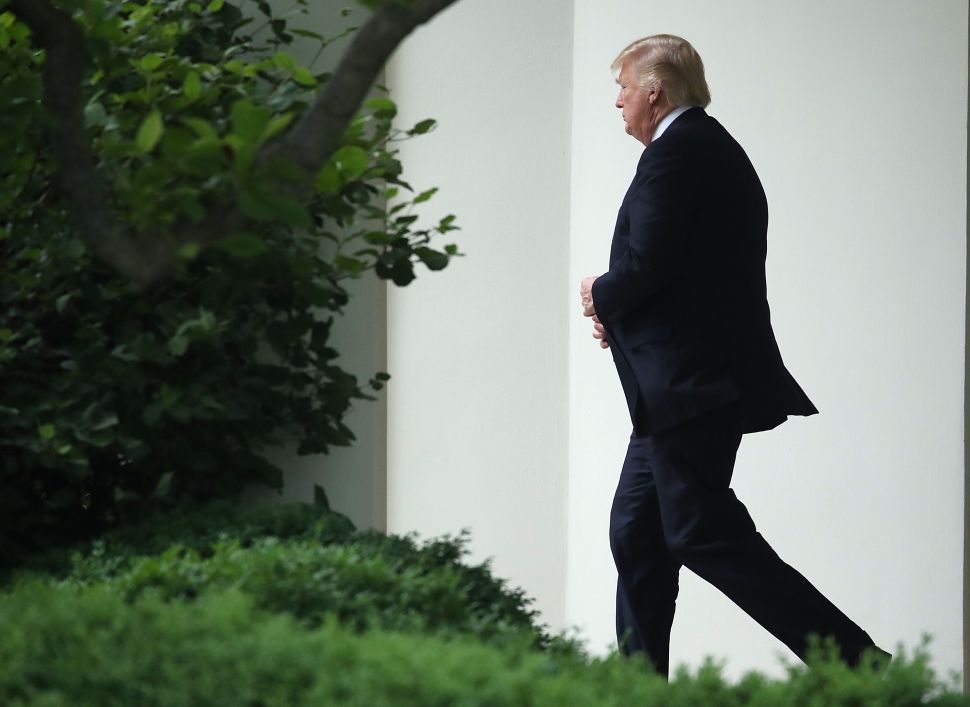