Retired Congressman Charles Rangel assured a group of young veterans aspiring to elected office that President Donald Trump and his approach to politics will prove “a short-term thing.”

Rangel appeared at the Manhattan gathering of the NYC Veterans Alliance on Friday for a question-and-answer session with ex-Pennsylvania Congressman Patrick Murphy, a fellow former Army officer who served as President Barack Obama’s undersecretary of the Army.  Rangel, a decorated Korean War hero, mocked Trump for his draft deferments during the Vietnam conflict, for the million-dollar loan from his father that launched his career in real estate and for his campaign trail claim that he “knows more about ISIS than the generals do”—prompting Murphy to lightly remind the discharged Harlem pol that the event intended to be bipartisan.

When an attendee asked what advice he would offer to vets interested in politics, Rangel advised against imitating Trump’s inflammatory tactics—arguing that such a strategy is ultimately unsustainable.

“You don’t just go out there and think of how many insane things you can say, or prey on the fears of people, and say everybody besides you is evil and everyone who doesn’t look like you is bad and shouldn’t be allowed in,” Rangel said. “Anyone who takes that model, you’re not going to last long. This is a short-term thing.”

For leading his unit out Chinese encirclement despite recent shrapnel wounds, Rangel attained the rank of staff sergeant and earned the Purple Heart, the Bronze Star with Valor and three battle stars. He asserted veterans possess a singular understanding of public service and of American greatness, and thus are uniquely equipped to work in the political world.

“As a veteran, I have seen more than this president. So I am not challenged at all about today,” Rangel said. “This, I think, is a temporary thing. It really is. It will change.” 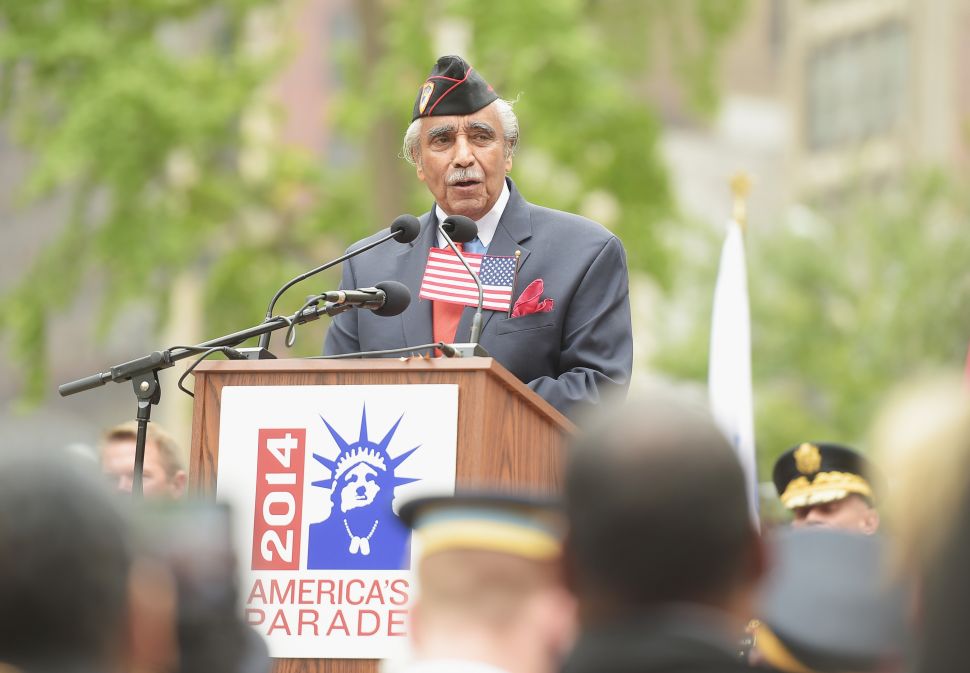