White House aide Sebastian Gorka—caught sporting the medal of a Nazi-tied fraternal organization—told a conference of th Jerusalem Post that the media has attacked him and President Donald Trump because of their unwavering support for the Jewish State.

In an onstage interview with editor-in-chief Yaakov Katz at the Marriot Marquis in Manhattan, the Hungarian-American deputy assistant to the president admitted he had often worn the badge that the Vitezi Rend, an ultra-nationalist anti-Semitic order known to have collaborated with the German occupiers during World War II, had bestowed upon his father in 1979. He maintained that his pater familias had received the honor from a unprejudiced splinter faction of the group for his resistance to the communist dictatorship that ruled Hungary at the time.

He insisted the upon himself and others in the administration—such as chief strategist Stephen Bannon and senior advisor Stephen Miller—are the work of nefarious anti-Israeli forces irate over the president’s shift toward a more assertively Zionist foreign policy.

He did not acknowledge that the Vitezi Rend had claimed him as a sworn member, according to the Forward, or that he had at times signed his name with the initial “v.” in the style of devotees of the clandestine group.

Gorka pushed back both on reports that he would be exiled from the White House, or that the president’s advisors had broken into camps. He described the administration as a “well-oiled machine,” driven by a commitment to the United States and to Israel.

Those who suggested otherwise, he asserted, were opposed to a reinvigorated America, in favor of the Joint Comprehensive Plan of Action with Iran—which, with former President Barack Obama’s support, lifted sanctions on the Islamic theocracy in exchange for a 10-year pause in its nuclear program‚and even connected to the Boycott, Divestment and Sanctions movement, which seeks to ostracize Israel from the international community.

“There are some people who don’t like our stance, that we wish to be a leader in the world, that we wish to help our friends,” he said. “People who don’t want the truth to be told attack I us. I find it fascinating: who are the leaders of the attacks, the slanders, against this administration? Scratch it a little bit deeper, and who do you find? People who either all connected to the BDS movement, or people who are all pro-JCPOA Iran Deal. Doesn’t that tell you something?”

He insisted Trump, whose companies endured four bankruptcies, had been “crushingly successful” in business and would soon prove just as adept at eradicating “radical Islamic terrorism” and forging an accord between the Israelis and Palestinians. This would be a radical departure from what he described as the dithering and duplicity of the Obama administration—typified by Trump’s bombings of Syria and Afghanistan.

“Those two events were not about Afghanistan, and not about Syria. They were about the return of American leadership, and sending a very simple message: we are back, and we will lead and will help our friends and destoy our enemies,” he said. “We know we will have won when the black flag of jihad is as reviled and rejected around the world as the swastika of the Nazis.” 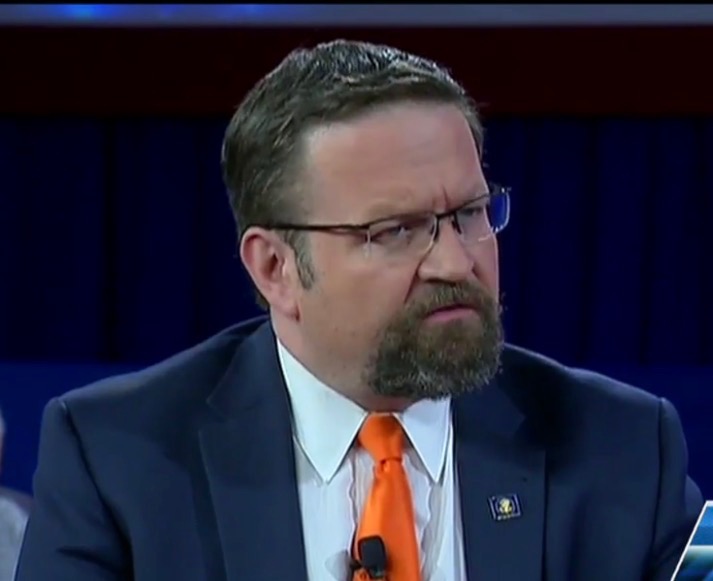