The readout released by the White House shortly thereafter stated that the two leaders agreed to impose stronger sanctions on North Korea in response to its continued development of nuclear weapons and ballistic missiles:

“In the wake of the horrific terrorist attack at the Manchester Arena in the United Kingdom, the two leaders reaffirmed their shared resolve to cooperate to the fullest extent possible to counter terrorist threats. The President said the United States will work with Japan and the Republic of Korea, as well as our other allies and partners around the world, to increase pressure on North Korea and demonstrate that North Korea’s current path is not sustainable. President Trump and Prime Minister Abe agreed their teams would cooperate to enhance sanctions on North Korea, including by identifying and sanctioning entities that support North Korea’s ballistic missile and nuclear programs. They also agreed to further strengthen the alliance between the United States and Japan, to further each country’s capability to deter and defend against threats from North Korea.”

Several countries have been pushing for stronger sanctions against North Korea in response to the repeated missile tests that have been carried out in Pyongyang in this past year. In a U.N. Security Council meeting on North Korea Korea last month, Secretary of State Rex Tillerson called on states to to sever diplomatic and financial ties with Pyongyang and place a ban on North Korean imports, saying that the “failing to act now on the most pressing security issue in the world may bring catastrophic consequences.”

A few days later, Trump drew criticism for telling a Bloomberg reporter that he would be “honored” to meet with North Korean leader Kim Jong Un “under the right circumstances” to discuss their nuclear weapons program face-to-face.

North Korea’s official news agency responded by saying, “The Trump administration would be well advised to learn how humbly the preceding administrations were put in the awkward position of lowering the fist of pressure they had raised before the DPRK [the formal initials for North Korea],” indicating that they would not be open to compromise. 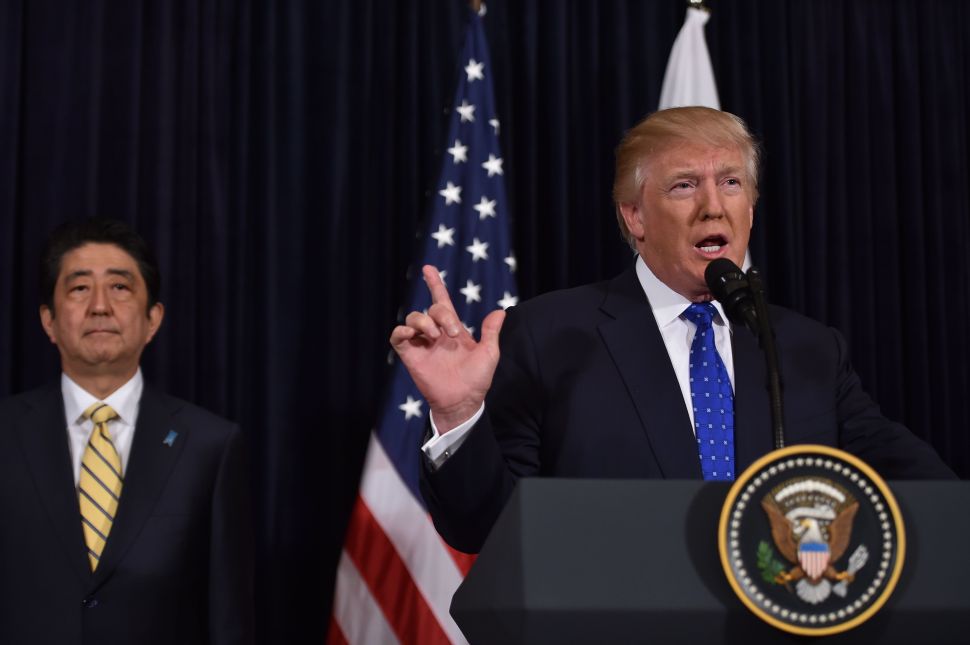