Einstein inspired a paradigm shift in physics not as a scientist but as an artist.

Our entire construct of the world depends on language. What we see isn’t what the universe has defined, but what our brains have learned to label.

English distinguishes a scientist as someone who systematically learns about a part of the natural world and uses that knowledge to describe and predict it. An artist, on the other hand, is defined as someone who creatively produces.

These labels are important. They’re not perfect, but they allow us to differentiate between the different aspects of our reality.

The harm occurs when we use them incorrectly. When it comes to categories like science and art, we have a tendency to presume mutual exclusivity.

Einstein may have been a practicing scientist with a focus on theoretical physics, but that doesn’t mean that he wasn’t also an artist. In fact, we can easily argue that more of his success was attributed to his creativity than it was to his underlying knowledge of the field.

There are many smart and knowledgeable scientists. Rarely, however, are they capable of producing work that shifts our entire understanding of the world. That requires an entirely new way of looking at things.

You don’t have to play the violin or write a poem to be an artist. It’s simply about producing, and the quality of what you produce is largely dependent on creativity. Believe it or not, there isn’t as much to it as you might think.

Don’t Wait for Inspiration to Get Moving

There are many misconceptions about how breakthroughs are made. It’s easy to fall into the trap of thinking that they’re suddenly inspired — like the often told story of the moment the fall of an apple led Newton to discover gravity.

In a slight way, they do happen, and sometimes, sporadically. That said, if your sole tactic is to sit and wait for inspiration to strike, then you’re almost always setting yourself up for failure.

Dr. Mark Beeman leads the Creative Brain Lab at Northwestern University. He uses brain scanners to conduct research studies to understand the creative process. In his own words:

“Although the experience of insight is sudden and can seem disconnected from the immediately preceding thought, these studies show that insight is the culmination of a series of brain states and processes operating at different time scales.”

In 1902, Einstein got a job at a Swiss patent office. He had searched for a teaching position in the preceding years with little luck. This forced him into an inopportune and uninspiring place relative to his interest in physics.

During his time there, however, he chose to manage his day so that he had a disciplined balance between the hours he spent on the job and the hours he dedicated to scientific work.

He was deliberate in his commitment to creation, and the fruits of his labor led to the Annus Mirabilis papers. Scientists call it the miracle year. It would inspire the formulation of the two fundamental theories in physics: the theory of general relativity and quantum mechanics.

Had Einstein waited for the right moment, the world might not be where it is.

The best way to create is to treat it as a job. Pick a time, show up, and move.

At its core, creativity is just a new and useful way of combining old ideas. It isn’t imagined out of thin air, and it isn’t completely abstract. It’s a fresh way of making sense of the existing components of reality that have yet to merge.

In 1945, Einstein wrote a letter in response to a survey by a French mathematician who was trying to understand the thinking patterns of famous scientists. It can be found in Ideas and Opinions, a collection Einstein’s writings, and in it, he speaks about his process.

“The words or the language, as they are written or spoken, do not seem to play any role in my mechanism of thought. The psychical entities which seem to serve as elements in thought are certain signs and more or less clear images which can be ‘voluntarily’ reproduced and combined.

It is also clear that the desire to arrive finally at logically connected concepts is the emotional basis of this rather vague play with the above-mentioned elements. But taken from a psychological viewpoint, this combinatory play seems to be the essential feature in productive thought — before there is any connection with logical construction in words or other kinds of signs which can be communicated to others.”

If you think about creativity as the ability to develop meaningful connections between existing parts of your reality, you can start to realize that creativity isn’t just reserved for the likes of Mozart and Picasso. It’s something that impacts all of our lives, and it’s something we all practice.

Hone your mental inventory of knowledge and let it mingle in absurd ways.

Be Willing to Produce Subpar Work

Like anything else in life, the only way to master creativity is to put in work.

The difficulty, however, lies accepting the production of subpar work. Nobody likes to fall short of expectations, but it’s all the more daunting when it comes to creating because the result is a tangible output, like a painting or a book.

One way to challenge this difficulty is to realize that we’re not the only ones that produce bad work. When we see a great creation by a genius, it’s useful to remember that they worked on more than just one piece. They produced a lot of really unsexy work that no one talks about.

Over the course of his career, Einstein published over 300 scientific papers and about 150 non-scientific papers. An archive of his non-published work contained more than 30,000 unique documents, and he wasn’t always right.

In Brilliant Blunder, Mario Livio predicts that about 20% of Einstein’s papers contain mistakes of sorts. A byproduct of his effort to think in unconventional ways was that his work was sometimes imperfect.

John Hayes is a professor at Carnegie Mellon University and he once did a study to analyze thousands of musical pieces between 1685 and 1900. He was curious about how long it took for a musician to produce world class art.

He narrowed it down to 500 masterpieces by 76 composers. By mapping out a timeline for each individual, he looked at when a piece was produced. Outside of only three artists, every composition was written at least a decade after they started to take their work seriously.

In follow-up studies of poets and painters, he found the same result. He termed this “The ten years of silence” — a period with a high production of work but very little recognition.

To cultivate creativity, you have to not only build the courage to produce bad work, but you also have put in a lot of unrewarded time to create great work.

If an artist is someone who produces something new and novel, then few people in history fit the bill like Einstein. Artistry was the source of his genius.

This is what his story can teach us:

I. Don’t wait for inspiration to get moving. Creativity is a process. Even the seemingly sporadic insights — like the ones we get in the shower — rely on what came before them. Inspiration doesn’t just strike for no reason. It relies on a consistent pattern of work that sometimes manifests itself in the form of those rare moments. To truly practice creativity, commit to a schedule, show up, and get to work, whether you want to or not.

II. Seek relationships between existing ideas. Nothing new is completely original. Creativity is simply about producing something using a combination of the existing elements of your reality. Start by developing a mental inventory of relevant knowledge, work to connect the dots, and then support those connections with a logical structure.

III. Produce a large volume of work. Creativity doesn’t work unless you do. Produce in the face of failure, and produce in the face of subpar results. It’s easy to forget that not every piece of work created by a genius was all that great. A lot of it wasn’t. It’s just not talked about. Creating bad work is necessary in order to uncover great work, and it all takes time.

Mastering creativity is in itself an art, and like any art, it can empower you.

Want more? Zat Rana publishes a free weekly newsletter at Design Luck. He uses engaging stories to share unique insights on how to live a better life by dissecting science, art, and business. This article originally appeared at DesignLuck.com. 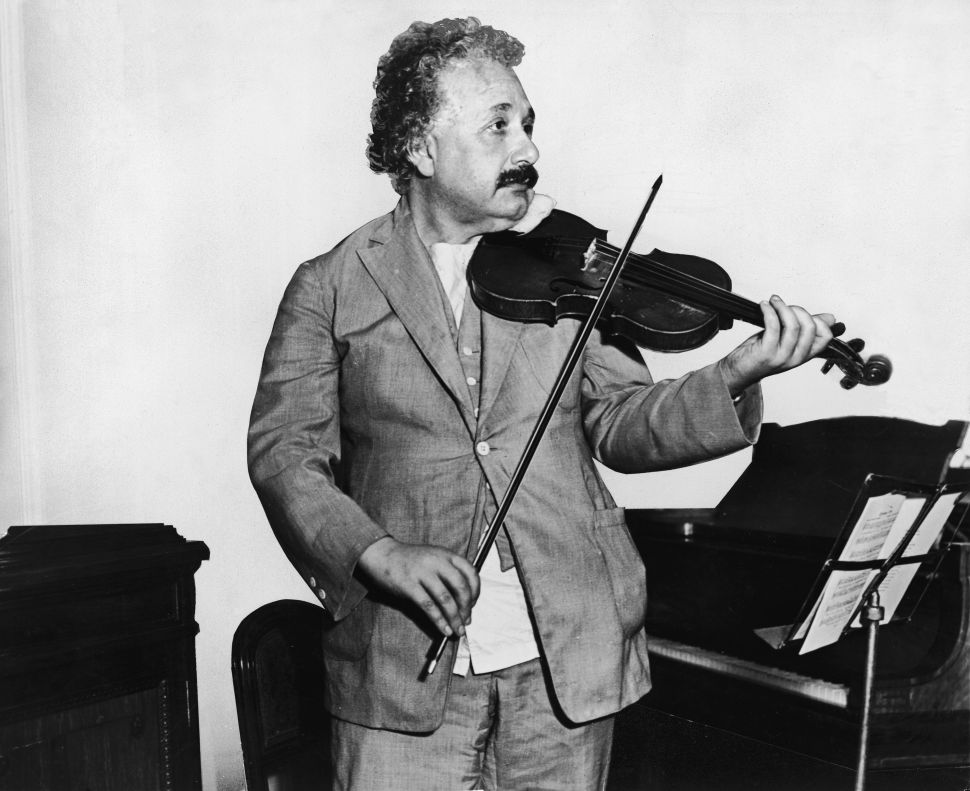