It’s been a tough year for Facebook—the site was accused of spreading fake news during the election, and it’s also had to deal with an epidemic of people using Facebook Live to stream their suicides.

Now it’s time to add another problem to the list: the site is blocking posts from atheist groups.

A group of “atheists, secularists and ex-Muslims” has accused Facebook of not providing any tools or mechanisms to stop coordinated reporting and flagging campaign on their pages starting Monday.

Atheist Republic (1.6 million likes), Ex-Muslims of North America (24,000 members) and 10 other groups which are affiliated with nonprofit atheist organizations were temporarily blocked from the site.

Facebook allegedly unpublished these pages and blocked posts from appearing in News Feeds for a week because the pages violated the site’s terms of service. The site did not specify which standards were violated; however, Facebook’s community standards state that if enough people flag a page it will be taken down automatically.

All of the pages were eventually brought back online, but it appears the attackers were exploiting Facebook to specifically target atheist groups.

Allie Jackson, CEO of Atheist Republic, told the Observer that her page was restricted and unpublished without any notice—this was the first time Atheist Republic has been shut down, though individual posts have been removed before. The group filed several appeals and reached out to members with connections at Facebook, but people at the organization were reluctant to talk.

Unlike the other affected pages, Atheist Republic was actually subjected to repeated attacks. At one point it was shut down for 15 hours—it is back online for now.

“We got messages from anti-Muslim groups saying ‘Your page is back up, I guess we’re gonna have to take you down again,” Jackson said. “I wondered: who is we?”

It turns out there are many groups on Facebook solely dedicated to reporting anti-Islamic activity on the social network. Most of them are restricted so the average Facebook user doesn’t know about them, but some groups have over 500,000 members.

Jackson actually joined one of these groups to keep an eye on it, and discovered that members pull stunts like screenshotting a photo of a woman on the beach without a hijab and then linking to Facebook’s “Report Something” page.

On Wednesday Atheist Republic, along with nearly 40 secular and atheist organizations, sent a letter to Facebook asking it to improve its reporting system to protect “vulnerable groups.”

“The greater the persecution faced by the group, the more vital the online connectivity and activism,” the letter reads. “The same social media which empowers religious minorities is susceptible to abuse by religious fundamentalists to enforce what are essentially the equivalent of online blasphemy laws.”

The organizations want Facebook to create a whitelist for groups and pages which are vulnerable to malicious attacks. They also ask that reports and flags aimed at these groups should be handled by a human Facebook employee instead of a bot. Finally, they request that Facebook penalize individual accounts and groups which repeatedly abuse its reporting system.

This is particularly important for ex-Muslims—apostates in Muslim countries are subject to imprisonment and even death because of their views. In fact, one report found that Facebook removes 85 percent of “blasphemous” anti-Islam posts under pressure from the Pakistani government.

Muhammad Syed, president of Ex-Muslims of North America, told the Observer that when he logged on to the group’s account Monday morning he was notified that it had been flagged as spam—no details were provided.

While this was the first time the group’s Facebook page was hacked, he said that he had “routine encounters” with anti-atheist Facebook pages.

Syed has started a Change.org petition in partnership with Atheist Republic, urging Facebook to “prevent religious extremists from censoring atheists and secularists.” It already has over 8,000 signatures.

“We try to be as nice as possible, even when we’re getting death threats or being told we’re going to hell,” Jackson said.

Both Syed and Jackson said their mission was about more than just their individual Facebook pages.

“We want to stop this long term,” Syed said. “Once you feel empowered and not alone, you start pushing for change. That change is badly needed in the Muslim world.”

“Most of these people are being thrown out of their homes or threatened with murder,” Jackson added. “We’re there for them. We’re not just a page that posts memes, we talk people off of cliffs.”

A Facebook spokesperson said the company was “very sorry” about the mistake in an email to the Observer.

“The pages were removed in error and restored as soon as we were able to investigate,” the statement read. “Our team processes millions of reports each week, and we sometimes get things wrong.” 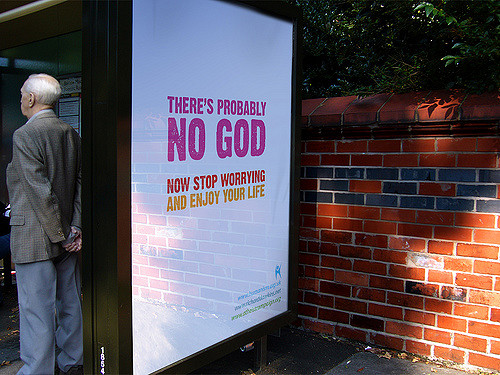