The latest Fargo chapter, “The House of Special Purpose,” was filled with scenes in which we heard pain before we saw it. The moans and cries of the sex tape, filmed by a curly-wigged Ray and Inhuman-haired Nikki, before Grace Stussy bursts from her husband’s office, bawling. Emmit’s fetal position sobs echoing through his now-empty mansion for only the stuffed bear to listen to, as Sy stumbles in with devastating news. Finally, the thuds and screams as Yuri Gulka beats Nikki in a snow-covered backlot, but see only Sy’s reaction, his quivers at the demonstration of “what comes after the cup.”

That’s a cup filled with piss, by the way, because “The House of Special Purpose” also included a scene where a man was forced to drink his own urine.

And we’ll get to that! But first, that bone-crushing scene toward the end and what exactly made it so horrifying. Emmy-winner Dearbhla Walsh keeps the camera on Sy’s face as Nikki is beaten off-screen, and we only learn of her survival after he has fled as fast as a Hummer can fly. It’s a risky move; just ask Game of Thrones about the slippery slope of focusing on a dude’s face while a woman is assaulted off-screen. But here, I think, there’s a point being made. Fargo has always played with dropping these supremely violent, blood-splatted, piss-drinking atrocities on to the most overly-polite, banal place on the planet. Sy’s face here is him realizing this, seeing what “shackles off” actually looks like outside the American midwest. As evidenced by that terrifying fade-out that closed the episode, V.M. Varga’s presence is a wolf arriving to an entire community of sheep.

But part of what made that climax land with such a…thud is that the rest of the episode (written by Bob DeLaurentis) was just so fucking funny. Watching Michael Stuhlbarg get a mouth full of piss from  a “World’s Best Dad” mug would have been enough, even if it didn’t come after David Thewlis’ dead-pan mean-spiritedness: “You have a fat wife.” It’s not what’s happening that’s funny—it’s actually very, very terrible—but the performances, the sheer absurdity of it all. In fact, focusing a large portion of “The House of Special Purpose” on Sy was the right call after the unpleasant dry-heave that was “The Narrow Escape Problem.” Stuhlbarg is a treasure, and the twin combination of his strained laugh across the table from the Widow Goldfarb and the way he pronounces the word “asshole” on the phone with Nikki should be kept in a time capsule. “She watched the tape, asshole…aaaassshole.”

And, again, it’s all about juxtaposition. This entire saga, played completely straight like life-or-death, between Sy and Nikki, between Ray and Emmit, is ultimately over a stamp collection. It’s an escalation from the pettiest of squabbles, filled with phrases like “fornicating with our cookwear,” in which both sides see themselves as more dangerous than they are; Sy, as the bruising Ray Donovan fixer and Nikki, the quick-thinking high-roller two steps ahead of the house. Instead, they’re mostly shouting nonsense at each other. Sy points out that the sex-tape blackmail doesn’t hold much weight because outside of some wigs and a camera, the affair didn’t actually happen. “That doesn’t make it less of a fact,” Nikki responds, which is simultaneously gibberish and the entire point of Fargo.

The irony here is that the two people calmly explaining actual facts about an actual danger—Gloria and Winnie—are going ignored. I mean, Gloria’s got it; she recites point-for-point exactly what happened on the night Ennis Stussy was murdered. “I hate that story,” is real-chief Moe Dammick’s response, “because ya can’t prove it.”

He’s right, for now, but the wide, wide circle of Fargo season 3 is rapidly closing. Gloria brings Ray back into her orbit for an interview, in which Ewan McGregor puts on a master-class in looking flustered (“I’ve seen some snakes in my day and that man is a scorpion!”), and now, with the assault on Nikki, Varga has made personal moves against both Stussy brothers. There’s a great scene here between Varga and McGregor—and god, Thewlis has never been more skeevy in a role—in which Varga explains the “soufflé” they are carefully cooking together through crime. “It is fluffy, and it is delicious, but you can’t agitate it while it rises or else…poooooft.”

If “The House of Special Purpose” is any indication things are plenty agitated already, and we’re guaranteed to hear the pain before we see the results. First the poooooft, and then whatever deflated mess is left in the oven. 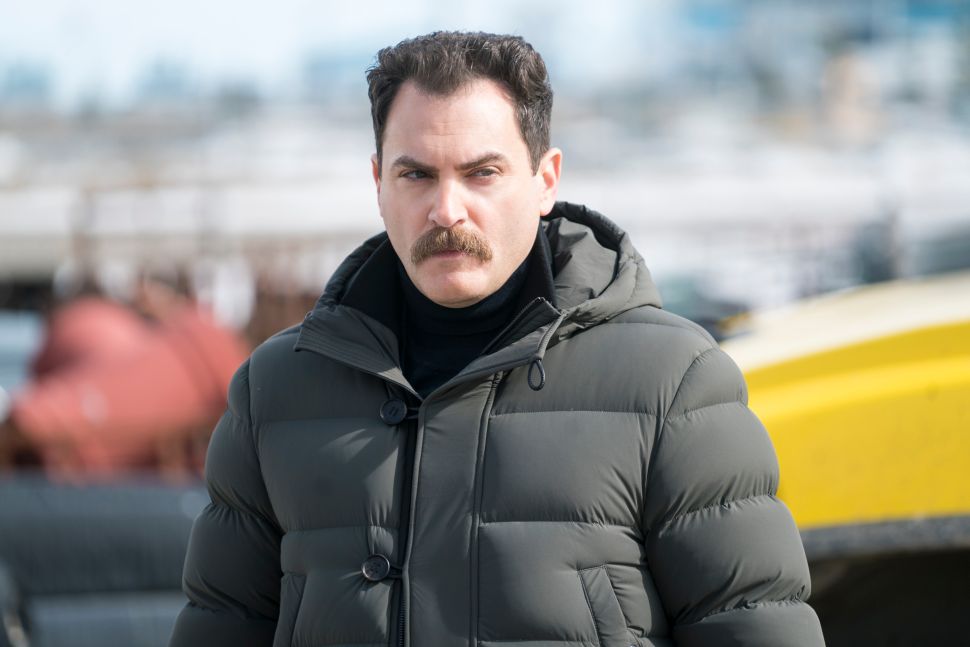