Where to begin with “The Law of Non-Contradiction,” Fargo‘s offbeat, dream-like divergence from its main storyline? With the massive, ironclad balls of Noah Hawley, director John Cameron and co-writers Matt Wolpert and Ben Nevidi to not only ship a show titled “FARGO” to sunny Los Angeles, California but keep it there away from your dual-Ewan-McGregors and the bombshell Mary Elizabeth Winstead in just the season’s third episode? With those wonderful animated interludes that, similarly to Legion, work to test the how far the increasingly formulaic boundaries of Prestige TV can stretch without breaking? With the idea that this entire episode, every strange, time-hopping twist and turn ultimately amounts to “oh, none of this actually matters” and that, somehow, is a satisfying ending?

Those are all true points, yes, but I think the best place to start is simply with the fact Carrie Coon is a treasure, and we as a species probably don’t deserve her, much like the seedy leech-like locals of L.A. don’t deserve the old-fashioned charms of Gloria Burgle.

There’s dialogue throughout, of course, grandiose speeches told through a stoma about particle physics—not to mention two fantastic guest star appearances—but I’m comfortable that Coon could have told this story strictly through facial expressions, all soft sideways glances and upturned cheeks that paint the perfect picture of an outsider traversing an alien planet. And that’s exactly what Gloria is here; she heads to the West Coast to follow in the footsteps of her father-in-law Ennis Stussy, formerly the award-winning sci-fi writer Thaddeus Mobley, to try and figure out what led to his murder thousands of miles away in Minnesota.

Gloria’s journey west is intermingled throughout with two parallel stories. The first, set in the 70s, is that of the young Thaddeus Mobley (played by Thomas Randall Mann and not, as I thought, a young David Thewlis), who comes to Hollywood a naive writer with stars in his eyes and leaves an attempted murderer with a new name gleaned from a toilet seat. In between is a classic Hollywood story if there ever was one; Mobley is sucked into the studio machine by heavyweight producer Howard Zimmerman (Fred Melamed), who convinces the author he’s a genius, born to develop his award-winning novel The Planet Wyh into a major motion picture. “You’re the cheddar, kid. Get used to it. The cheese,” Zimmerman said, and in all fairness that’s a phrase I probably couldn’t turn down either. But Zimmerman needs money, the Warren Beattys of the world don’t come cheap, and Mobley has a hefty book advance. He signs check after check and snorts line after line and when both run out, so does Zimmerman’s support and the beautiful movie star Vivian Lord’s (Francesca Eastwood) affections. At that point, it’s all over but for a couple swings of a cane into Zimmerman’s face that leave the producer a cripple for life, and send Thaddeus Mobley to Minnesota under his new name, Ennis Stussy, taken from a scratched over “Dennis Stussy & Sons” motel room toilet he vomits into on the night he heads to the Midwest.

And in-between that is the story of The Planet Wyh itself (narrated by Gloria), the tale of a robot named Unit MNSKY, who wanders the Earth after a spaceship crash for 2.38 million years and saying nothing but “I can help!” while recording the rapid passage of time. “Hope became despair, became hope, became despair,” reads Gloria.

What makes this episode brilliant isn’t what sets these three stories apart but what connects them. And they are connected, from 2010 to the cocaine-fueled 70s to a color-and-ink animated robot world. As a New Jersey native who travels I can attest to the singularly terrifying alien planet nature of a lonely Los Angeles motel room, and that was without a Santa Clause convention going on next door. Gloria can’t even get automatic doors to open for in Minnesota; in Los Angeles, she’s the invisible woman, practically waving her hands in front of iPhone-buried faces with no response. After a Santa Clause-costumed man steals her suitcase, Gloria finally interacts with someone, a police officer played basically one step below Always Sunny narcissism by a mustachioed Rob McElhenny. But he only sees her in terms of Facebook likes and fuckability, spends more time on their brief beer run impersonating a Minnesotan accent. Coon should probably lock an Emmy nom down now for the way she packed sadness, surprise and genuine heartbreaking curiosity into the line, “I don’t sound like that, do I?”

But another single thought reverberates through Gloria’s mind the same way it echoes constantly from Unit MNSKY: “I can help!” She doesn’t so much follow leads as she does drift from place to place, from unhelpful person to unhelpful person, stone-faced and persistent the entire way, until she arrives in the hospital room of an elderly Howard Zimmerman, horribly crippled from Thaddeus Mobley’s attack decades earlier. The poster on the wall behind his bed for Pleonexia Pictures isn’t exactly subtle (“pleonexia” is a term for extreme greed) and neither are the answers he gives Gloria. But the words do help, if only to sum up Gloria’s entire existence in a brief science lesson:

“We’re all just particles. We’re floating out there. We’re moving through space. Nobody knows where we are. And then, every once in a while, BANG, we collide. And suddenly, for maybe a minute, we’re real. And then we float off again as if we don’t even exist.”

And what else is Gloria doing here besides floating and colliding, existing then not existing? Despair becomes hope, becomes despair, becomes hope. The question, really, is whether or not these brief moments of collision and substance are worth it, fleeting may they be. Unfortunately for Gloria, in this particular case it is not.

She meets with Viola Lord, now a 60-year-old waitress played with devastating acceptance by Frances Fisher. She recounts for Gloria the night Mobley attacked Zimmerman and fled. “I am a bad person,” Viola finishes. “But he wasn’t so good, either.”

It’s a simple ending to a complicated story, but it’s an ending all the same, one that leaves Gloria Burgle with no answers. “It’s just a story,” she says, her voice filling with exhausted resignation. “None of this has anything to do…”

And she’s right; nothing we saw over the course of this episode had anything to do with this season of Fargo so far, the Stussy brother’s stamp feud, V.M. Varga’s strange and violent organization, nothing. But we stuck with it for an entire hour because it is a story, a “true” one, and Fargo is playing with the idea that there is no such thing as an unimportant story, only the moments between collisions when we’re not truly living. 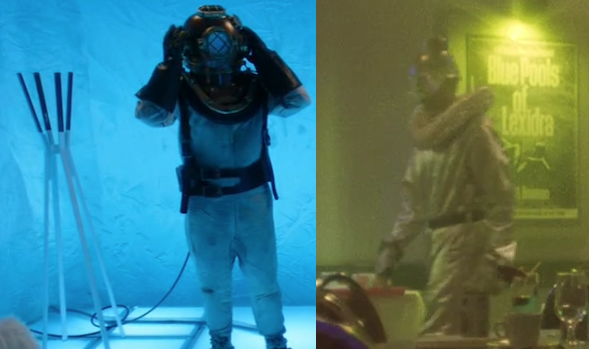 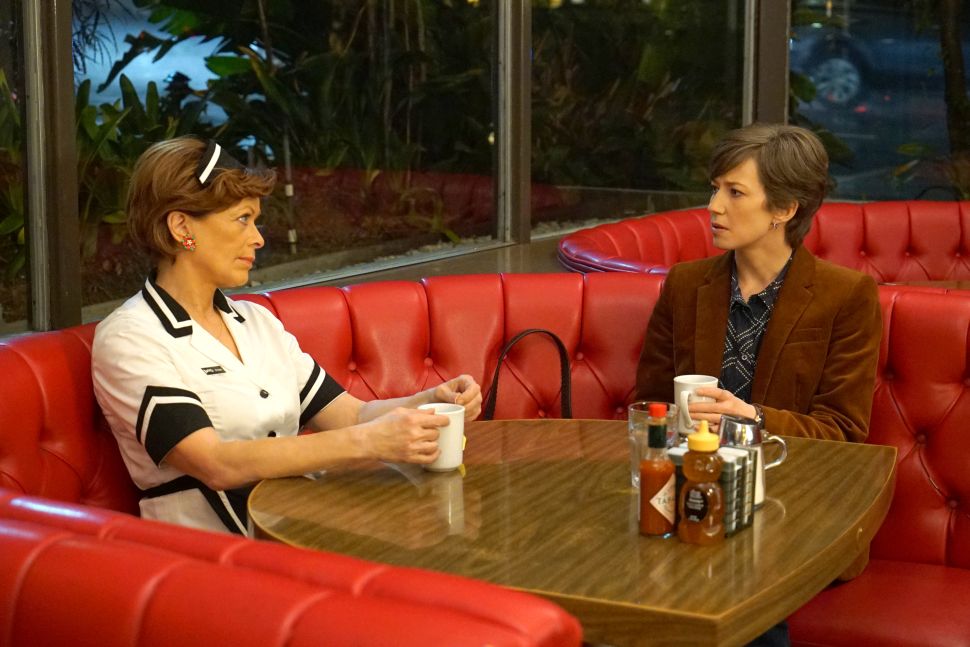