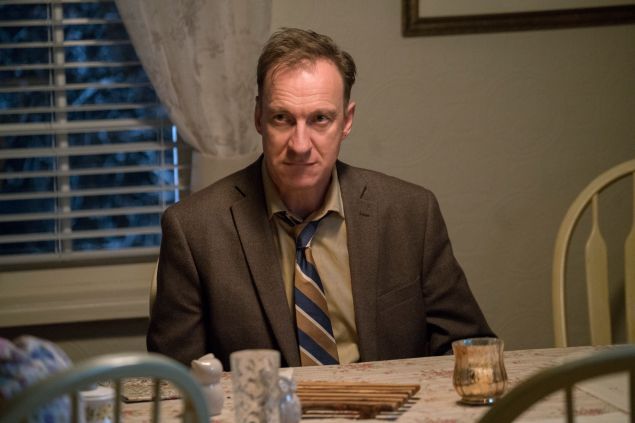 For a way to describe this installment of Fargo, let’s look to V.M. Varga’s unique personality quirk. If last week’s “The Law of Non-Contradiction” was the binge, a glut of warm California sun, animated experimentation and heartbreakingly sincere performance from reigning queen of Prestige TV Carrie Coon (sorry, Ms. Moss), then “The Narrow Escape Problem” was the purge. It wasn’t an entirely enjoyable episode, by far the weakest of season 3 to this point, but it did serve to bring us closer to some kind of nasty, unpleasant result, the endgame of an enigmatic criminal with an eating disorder, whatever that may be.

That…was a gross analogy, and we should move on to more pleasant things. Take us away, Sy!

It is a nice touch to have this episode narrated by the constantly world-weary voice of Lorne Malvo himself, Billy Bob Thornton, reading excerpts from Sergei Prokofiev’s Peter and the Wolf and, essentially, assigning all our major players a piece of accompanying music; flute for the birds (Emmit), the oboe for The Duck (Emmit), clarinet for the cat (Nikki), bassoon for grandfather (Sy) and kettle drums for the blast of the hunter’s shotgun (Yuri and Meemo).

But the final two are the most important: French horns for the wolf (Varga) and the strings for Peter (Gloria). Because outside the brotherly disputes, parking garage murders and death by heavy appliance it’s these two characters on opposite ends of the spectrum, continually drawing closer. And they are drawing closer; Gloria spends the bulk of this episode putting two and two together to make a web of Stussys. Thanks to fellow officer Winnie Lopez (Olivia Sandoval making her fast-talking, scene-stealing debut) we cut to credits with Gloria THIS close to connecting the scattered pieces of Fargo season 3’s jigsaw puzzle. She knows Stussy #1 was murdered by Maurice Lefay, whose parole officer is Stussy #2, who is brothers with Stussy #3, who lives in Eden Prairie, a town with a remarkably similar name to the home of Stussy #1. The “Narrow Escape Problem” of the episode title might as well refer to a constantly tightening circle.

Before that, though, Gloria consistently brushes up with the answers she’s looking for. She walks right past Nikki, and sits down with Ray. But both have more pressing concerns to focus on than a small-town demoted police chief sniffing around. Nikki has a high-roller to meet with, her ticket to the big times, her and Ray’s “ship comin’ in.” Ray, for his part, gets ousted from being a parole officer for, in his boss’ choice words, “banging the cattle.” We leave Ray jobless, still stamp-less, and leaving Nikki out to dry with her potential sponsor. Bad times in Bridgeland, is what I’m saying.

Emmit’s not having a great go of it, either. Varga drops by his home unannounced, at dinner time, no less, to talk business (at the dinner table) and the ways he’s going to slowly take control of Stussy Industries (in private). This scene is a gloriously insidious performance from Thewlis and an appropriate weasely freak-out from McGregor, and that’s beside the fact that Varga’s fear-the-poor, shun-the-outsider mindset seems especially…topical in 2017.

“Mexican lowlifes stream into this country like wolves eyeing our woman and children,” Varga tells Emmit. “You’re living in the age of the refugee, my friend…pitchfork peasants with murder in their eyes and me, your guardian angel.”

Which is supposed to sound terrifying, and it is to a person like Emmit, who flaunts his wealth as blindingly as his perfect, white teeth. But it’s the wolf himself telling him this. We know, because of the French horns. Which makes one of the final voice-overs from Billy Bob Thornton, said over a shot of Gloria, the most important one of them all: “Boys like Peter aren’t afraid of wolves.” 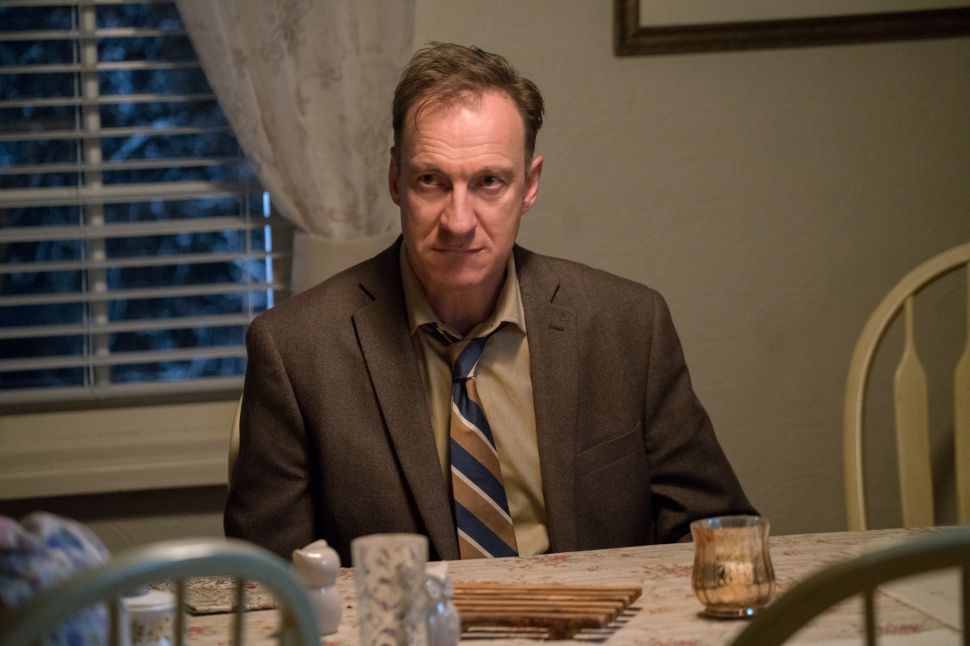