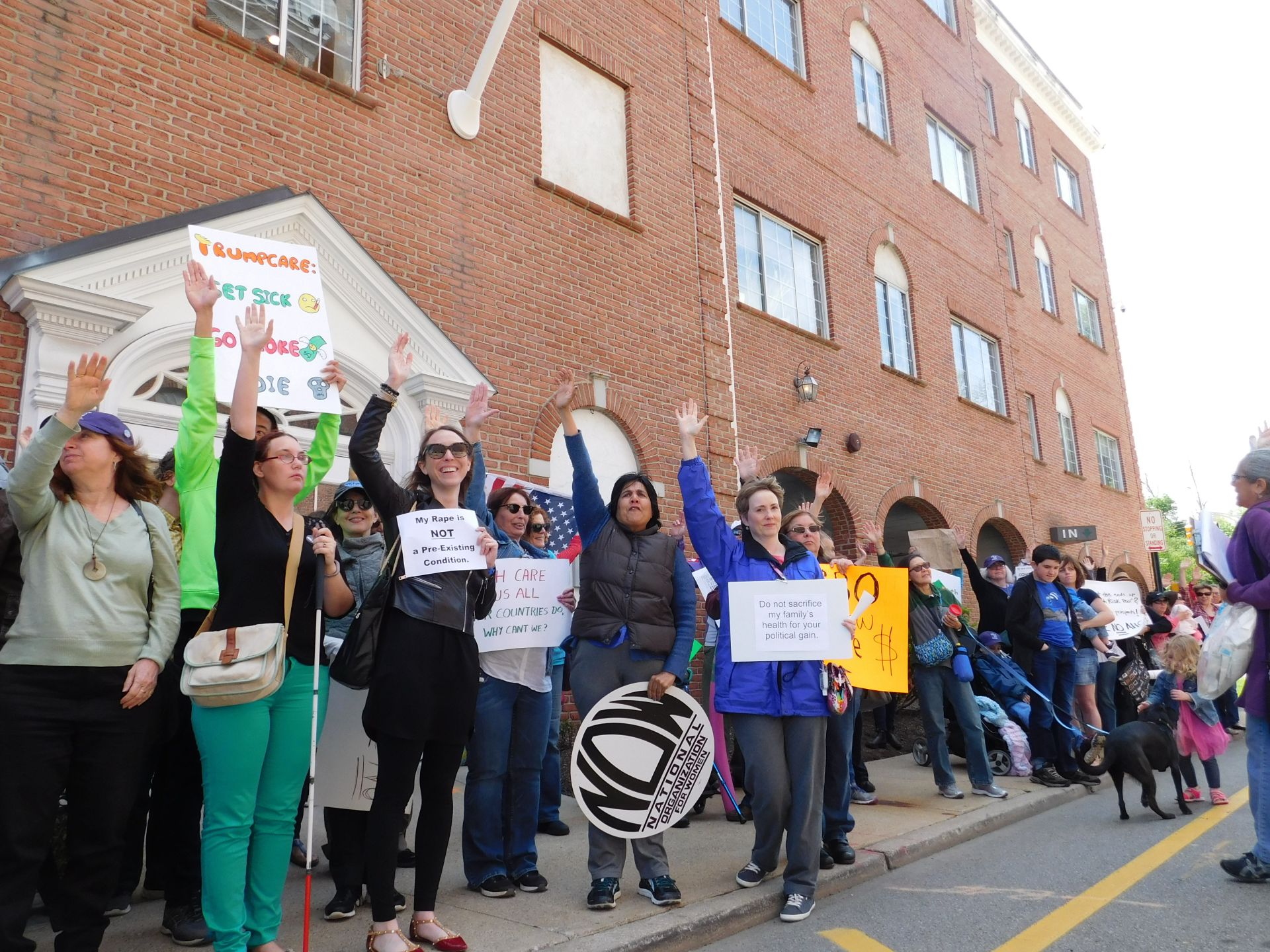 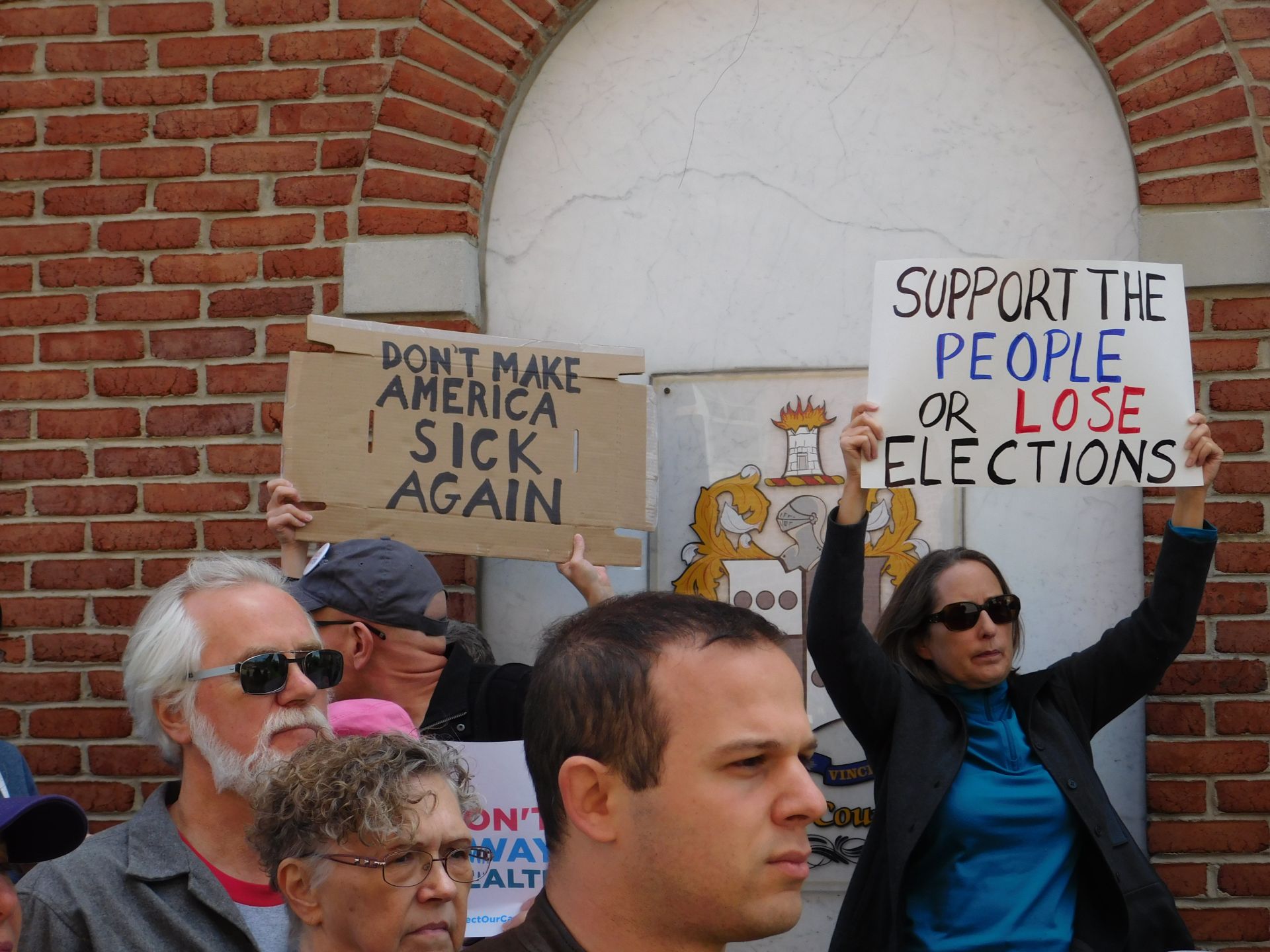 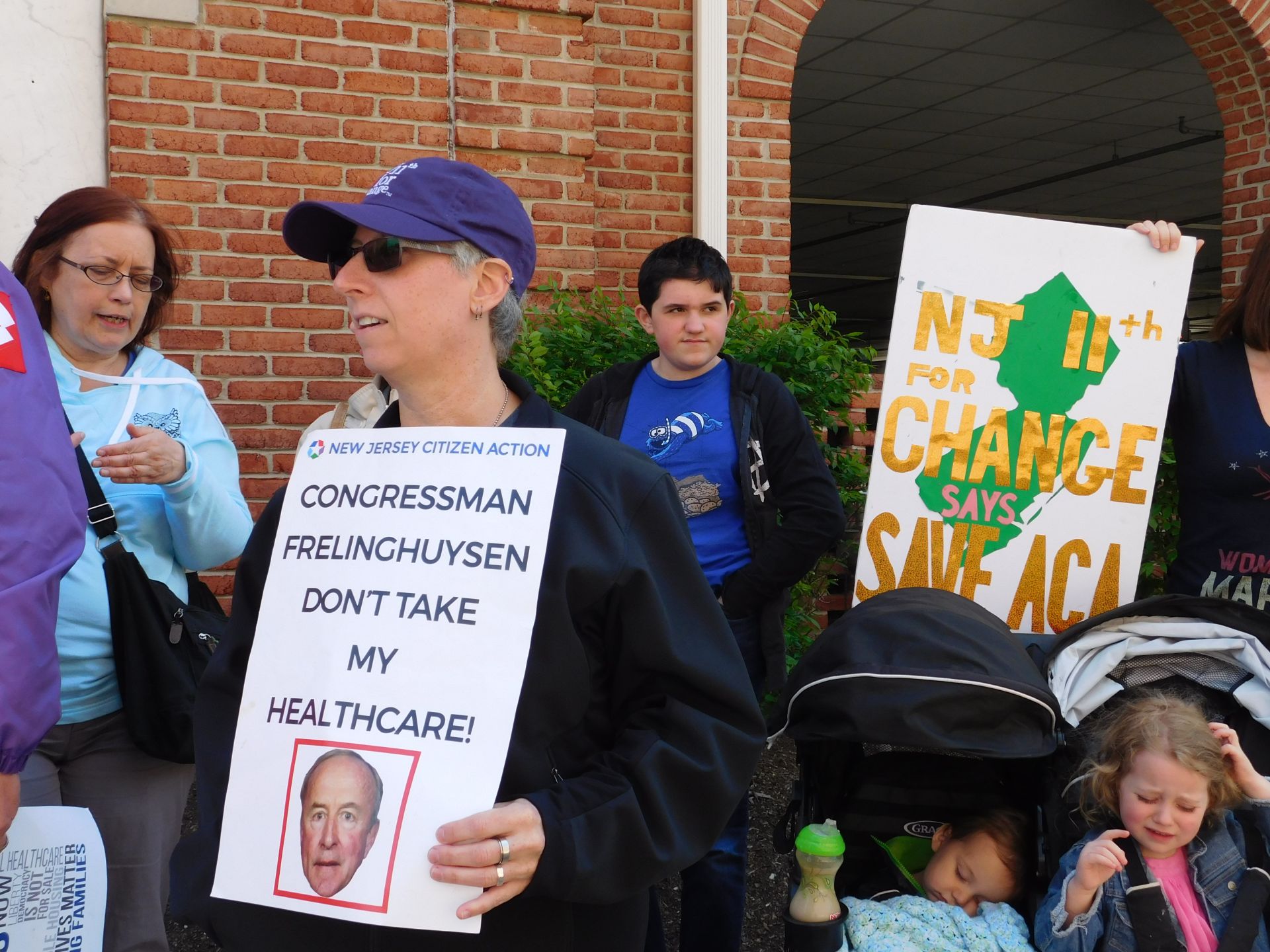 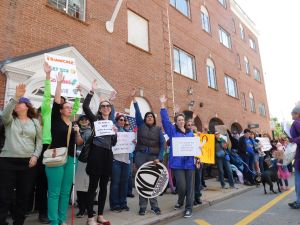 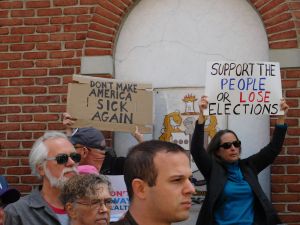 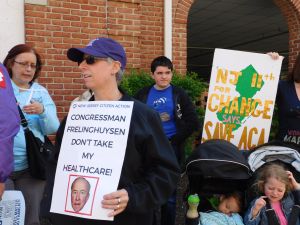 MORRISTOWN — The sidewalk in front of the Rep. Rodney Frelinghuysen’s district office was packed with protesters on Thursday as the House held a vote to rewrite the Affordable Care Act.

Frelinghuysen (R-11) in March was one of the few Republican House members who did not support a previous version of the GOP bill to replace Obamacare, which contributed to the bill being pulled from consideration. This time around, Frelinghuysen remained silent and ultimately cast a yes vote.

Protesters from the group NJ 11th for Change organized the Thursday rally with the support of the liberal advocacy group New Jersey Citizen Action to implore Frelinghuysen, the chairman of the powerful Appropriations Committee, to once again vote no.

“He’s called a representative and I’d actually like him to represent us,” Sarah Foye of Montville said. Foye’s son has a disability, something that she said could reduce his coverage options and subject him to discrimination under the GOP healthcare bill, known as the American Health Care Act.

A recent amendment to AHCA would allow states to set higher rates for coverage for patients with pre-existing conditions, in some cases including conditions such as post-traumatic stress disorder and sexually-transmitted diseases that can stem from sexual assault. The amendment was drafted by Rep. Tom MacArthur (R-3). MacArthur was the only member of New Jersey’s 12-member congressional delegation to support the GOP bill in March.

Morristown’s Elsa Sjunneson-Henry was born with congential rubella, a condition that causes heart defects, hearing loss and blindness. She said Frelinghyusen should consider constituents with conditions like hers when casting his vote.

“I was born with a pre-existing condition,” she said. “Rodney Frelinghuysen wants to punish me for being born disabled.”

Frelinghuysen and MacArthur were the only two New Jersey House members to support the AHCA on Thursday. Fellow Reps. Frank LoBiondo (R-2), Chris Smith (R-4) and Leonard Lance (R-7) were opposed, as were all seven of New Jersey’s House Democrats.

Rep. Frank Pallone (D-6) gave remarks on the floor of the House ahead of the vote, calling the GOP bill a “cruel hoax” that masks a return to the pre-Obamacare health care system.

Rep. Donald Norcross (D-1) took to Twitter to show that his constituents were overwhelmingly against the AHCA. Norcross also spoke on the House floor on Thursday to oppose the bill.

Correction (May 5): A previous version of this story said an amendment by Rep. Tom MacArthur would allow insurers to deny coverage for pre-existing conditions such as sexual assault. The amendment would allow some states to set higher rates for coverage for consumers with such conditions, but MacArthur’s legislation also includes language mandating that coverage cannot be denied on the basis of pre-existing conditions, and it does not affect sexual assault but conditions that stem from it such as post-traumatic stress disorder.