The Fyre Fest controversy burns on—this time, with the reveal that Kendall Jenner was paid a whopping sum of $250,000 to promote the festival, according to Page Six. Perhaps if the festival had an extra $250K lying around, they could have actually put on a concert (albeit, not a successful one).

In the days since one of the worst music festivals in recent history (at least it wasn’t Altamont), the reveals have fallen somewhere between truly terrible and trash fire. Billy McFarland, the 25-year-old gentleman behind the fest who isn’t Ja Rule, has been called out for his many schemes, all aimed at super wealthy millennials. He previously attempted to sell millennials a social club providing discounted tickets to Hamilton, and he did not deliver, as no one received access to the penthouse parties they were promised.

The most recent reports point to McFarland spending all of his money up front on the models and influencers who promoted the festival on social media back in December; a time when people were optimistic about the potential to take similar bright blue beach photos with Victoria’s Secret Angels.

A Fyre Festival employee also said the “rustic lodges” were actually a joke, and the creators didn’t actually expect 20-somethings to book upgraded tents for thousands of dollars. Guess they’ve never heard of glamping. Sometimes it’s shocking what someone will shell out for a yurt.

Now, those who attempted to attend Fyre Fest can either ask for a refund, or exchange them for extra VIP passes for the next fest, which is allegedly happening next year. A refund sounds far better than eating a sad bologna sandwich in the sand, even if a bonafide Kardashian shills for it in 2018. 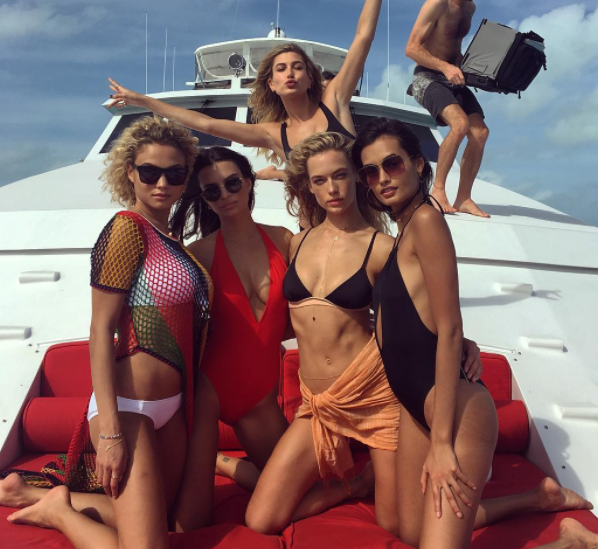