Georgia Tech is one of America’s leading public research universities, especially when it comes to online issues. But one of the university’s recent breakthroughs was lost in translation thanks to an unfortunate tweet.

Last week Georgia Tech’s School of Interactive Computing unveiled a new algorithm which could help online communities like Twitter, 4chan and Reddit identify and moderate abusive content. These sites would ideally use the algorithm’s data to eliminate abusive trolls from their comment sections.

There’s no question such a tool would benefit social media sites—we at the Observer have reported on many controversies involving each of them. But this new research was overshadowed by the unfortunate photo Georgia Tech tweeted out along with it:

Eagle-eyed observers noticed a couple of issues. First and foremost, the fingers on that keyboard are poised over the N, I, G and E keys—many tweeters assumed the letter R was next:

look what keys those white fingers are on 😔😔😔 https://t.co/lNKjE21KyB

HELL NAH WHAT IS HE ABOUT TO TYPE OUT??? https://t.co/HWpYMzgLzw

Some people defended the image, claiming the person was typing the word “engineer” because of Georgia Tech’s history as an engineering school. They also pointed out that since the story was about cyberbullying, racial slurs like “nigger” weren’t really out of place. But the damage was done.

Other commenters focused on the strange layout of the keyboard in the image—unlike a conventional QWERTY keyboard, its top line of letters read QWERTZ:

@GeorgiaTech Why the z in the middle of the keyboard tho?? pic.twitter.com/rDjx5Rr3AZ

@GeorgiaTech what kind of keyboards they got at Georgia

Is no one gonna point out that the Z is in the wrong place? https://t.co/sRruTAO3Wx

It turns out the QWERTZ keyboard is used frequently in countries like Germany, Austria and Poland, where the letter Z is much more common than Y. It’s unclear why Georgia Tech used the image, however,

The most ironic thing about these controversies, as one commenter pointed out, was how easily they could’ve been avoided:

@GeorgiaTech Didn't have any other pictures to use?

In fact, the university’s news item about the algorithm did include a different image: a word cloud featuring images related to cyberbullying.

No racial slurs and no strange keyboards would’ve likely translated into no (or at least less) online controversy, and more focus on the important research itself. Live and learn, Georgia Tech.

The university did not respond to an Observer request for comment. The original tweet has not yet been deleted. 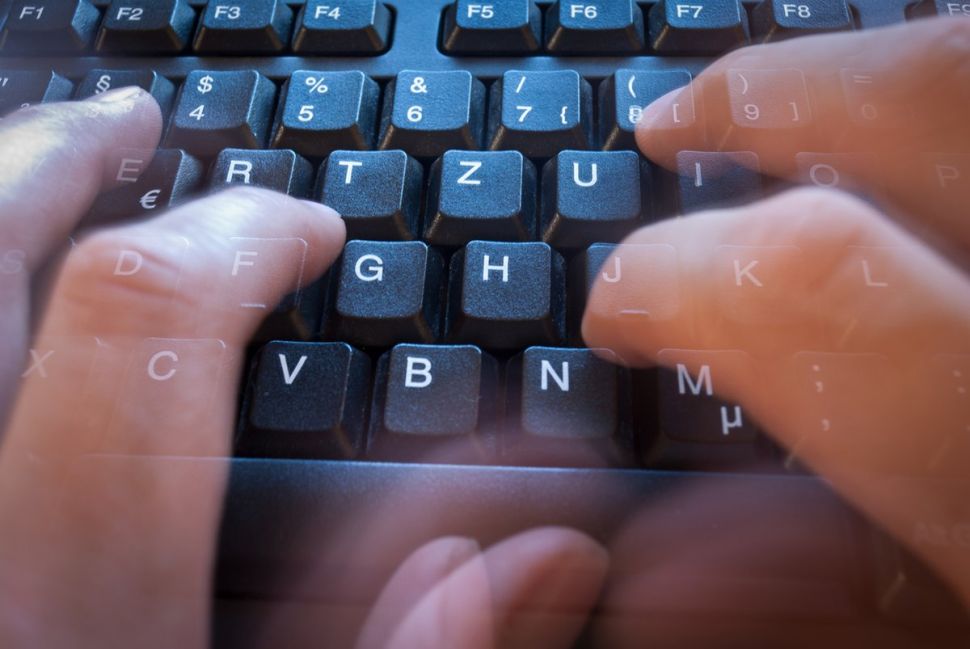