If you were paying attention to Twitter and the mainstream media at the end of last week, you might walk away thinking the GOP health care bill is going to make things like rape and C-sections pre-existing conditions.

The way this was being dramatized by the media and the outrage machine, one would think evil Republicans sat in a room making an actual list of what to consider pre-existing conditions, and then inserted that list into their bill. Over at Forbes, the headline read “GOP Plan Calls Sexual Assault ‘Preexisting’” as if there is actually a section in the bill that states this.

Let’s be absolutely clear: There is no list of pre-existing conditions in the GOP bill that includes things like sexual assault or conditions exclusive to women.

Other websites peddled that false idea but changed their headlines. The “millennial” liberal outrage website Mic.com originally published a headline that read “Under the GOP’s health plan, sexual assault would be considered a pre-existing condition” (emphasis added). The headline was later changed to include the word “could” and a correction was added at the bottom.

“A previous version of this article and headline incorrectly indicated that the AHCA would necessarily exclude victims of sexual assault from health care coverage,” the correction read. “While this is a possibility under the bill’s current language, the AHCA leaves the definition of what is a pre-existing condition that can preclude health care coverage up to the states.”

Another story floating around the Internet is that of a woman who was denied health insurance because she had been on anti-HIV medication following a sexual assault. As Reason’s Elizabeth Nolan Brown notes, she was not denied coverage because she was sexually assaulted—because they didn’t even know that was the reason she was on the medication. She later informed them of such.

“If anything, the company is guilty of not treating this woman differently based on her history of sexual assault,” Brown wrote.

The claim that sexual assault is a pre-existing condition has been a talking point of the Left for years. In 2009, Politifact rated as “true” a statement from First Lady Michelle Obama making the assertion, but noted that it found no evidence “this was happening on a widespread basis — or even just a little bit.”

USA Today gave a thorough explanation of what the GOP bill would actually do on this topic. It would allow states to apply for waives to establish their own “essential health benefits.” This could allow states to exclude victims, but such policies were already banned in the vast majority of states. The remaining states didn’t expressly ban it because it’s not a real thing insurers would do.

President Donald Trump has insisted: “Pre-existing conditions are in the bill. I mandate it.” There might not be a specific mandate, but the Republican version of the bill doesn’t let insurers deny someone coverage based on a current health condition. Health and Human Services Secretary Tom Price echoed these statements when Sen. Bob Casey asked him about it. Price said that it was “absolutely vital” that victims of domestic abuse wouldn’t be “priced out of the market.”

The media just can’t help themselves in trying to paint Republicans and the Trump administration as hateful and or/inept. Remember, this was the same media that took everything President Barack Obama and Democrats said about the Affordable Care Act at face value and continue to pretend like millions of people didn’t lose the coverage they were promised they could keep under the bill.

This is also a good reminder that whenever you see headline purporting that Republicans have done something as unconscionable as to deny victims of abuse health insurance, you should really look for the real story. 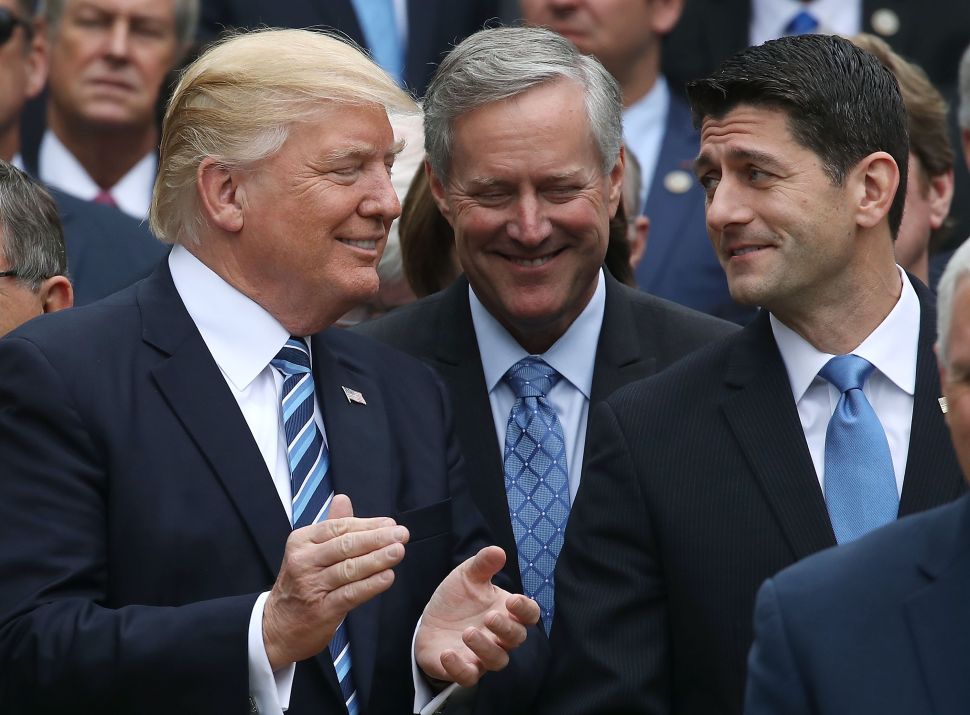