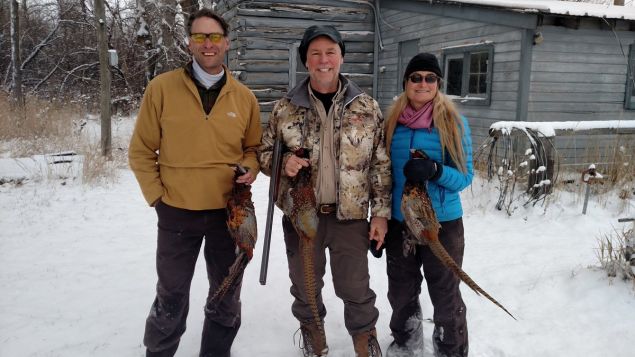 This is one of Montana GOP candidate Greg Gianforte’s less creepy Twitter photos (he’s in the middle). Twitter

Social media reaction to the post was swift, including on Gianforte’s own Twitter account. The candidate is an avid hunter, who often posts stomach churning photos of the meat he cooks after a kill. He also frequently visits Montana county fairs, where he poses with champion mutton busters (children who ride or race sheep).

Many Twitter users pointed out that these somewhat violent pastimes could offer a clue as to why Gianforte attacked Jacobs. They also (of course) took the opportunity to comment on his posts with body slam jokes:

Me with Cooper the Miles City Bucking Horse Mutton Busting Champion and his new championship buckle. (He told me he practiced at home). pic.twitter.com/za96XS05vW 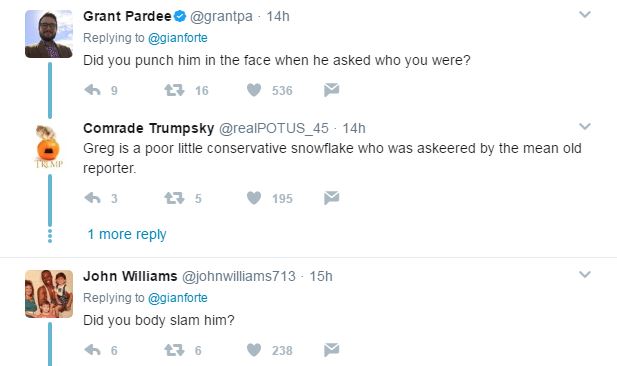 I love a business that is proud of what they do. Kickin' Ass Hat Company, Miles City Montana. #ILoveMontana pic.twitter.com/yF8a3SAGwq

@gianforte Did you body slam the deer?

Santa got all the lights turned on at the Christmas Stroll last night in Bozeman. #MerryChristmas pic.twitter.com/i9DRGb0V1h

@gianforte He knew you'd body slam him if he didn't

Pheasants in the morning . . . pic.twitter.com/CWS4XmDPRy

@gianforte Serious question, did you body slam those pheasants or shoot them

Ah, Twitter: the place for both gross meat photos and immediate political commentary. 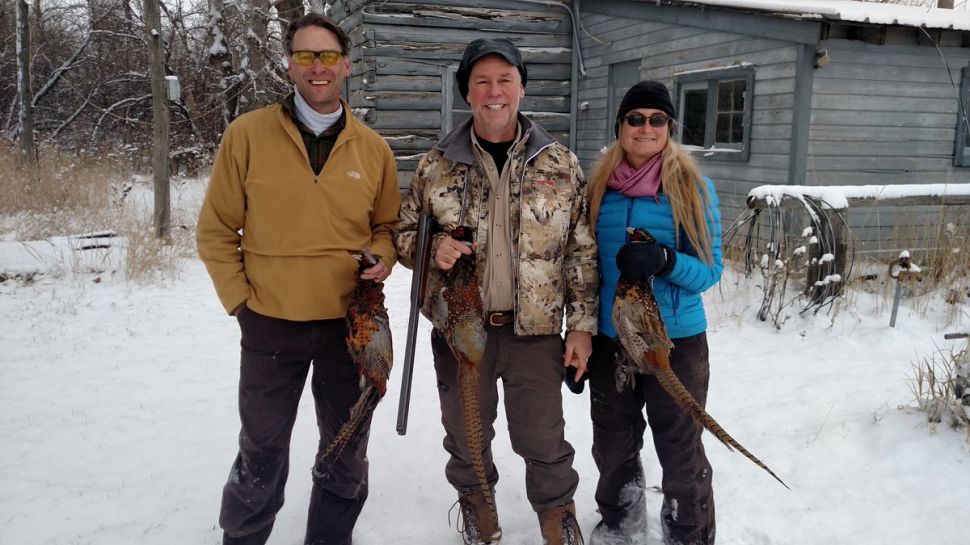