On June 8, Hillary Clinton is scheduled to serve as the Class of 2017 commencement speaker at Medgar Evers College in Brooklyn, New York, where she will also be awarded an honorary degree. The announcement has incited protests from several members of the Haitian community who plan to protest the speech and are pushing the college’s president, Rudy Crew, to rescind the invitation.

“Every time the Clintons get in a bind, they run to the black community to whitewash their tarnished image,” said Komokoda, the Haitian group protesting the speech, in a statement. “After Bill Clinton was impeached for lying under oath in the Monica Lewinsky affair, he brought in Jesse Jackson and a host of black preachers to lead prayers with him at the White House. To divert attention from her ‘deleted emails’ debacle, Hillary had Bill DeBlasio’s wife, Chirlane McCray, bring her to Brownsville, one of the most impoverished neighborhoods in Brooklyn, for a photo op with little black children. When newspaper editorials and cartoons were blasting her for her unending lies and demanding investigations and prosecutions, former New York City mayor David Dinkins brought her out for a keynote speech at his Dinkins Leadership & Public Policy Forum at Columbia University. Today, for her resurrection from a shameful defeat by the last person most reasonable people felt could ever be president of the United States, the dirty work falls to Rudy Crew.”

The Clintons’ role in Haiti has incited immense criticism and has tarnished their relationship with the Haitian community. In 2010, Haiti suffered a massive earthquake. Several NGOs and the United Nations flocked to Haiti to help relief efforts, but their intervention came with several costs. In 2011, UN Peacekeepers caused a massive cholera outbreak that killed at least 9,500 people and sickened 800,000 others. During this time, Bill Clinton served as the United Nations Special Envoy to Haiti while Hillary Clinton served as secretary of state. While the Clinton Foundation has staunchly defended their role in Haiti, their involvement in the country has been far from successful. “Many of the most notable investments the Clintons helped launch, such as the new Marriott in the capital, have primarily benefited wealthy foreigners and the island’s ruling elite, who needed little help to begin with,” wrote Jonathan Katz for Politico in 2015.

For Komokoda and many Haitians, the Clintons epitomize NGOs and corporations exploiting the crisis and relief efforts in Haiti for their own gain. Haitians also blame the Clintons for the controversial rule of former Haitian President Michel Martelly, who stepped down in February 2016 due to his record of corruption after the Clintons helped him get elected in 2010. The Washington Post reported, “Clinton reportedly pressured then-President René Préval with the loss of U.S. and international aid unless the election results were changed to fit the OAS’s recommendation.” That recommendation handed the election to Clinton ally Martelly—despite the drastic irregularities and controversies associated with the election. Manolia Charlotin, a Haitian journalist based in New York, told the Washington Post, “What does that mean as to her approach to foreign policy? To have a secretary of state visit a country, to make a stop, and as a result of that meeting, you have an illegal selection of leaders? How does that decision promote the American views of democracy?”

The Haitians involved with Komokoda don’t want Hillary Clinton to exploit Medgar Evers’ students the way that the Clintons and foreign countries have exploited Haiti and its people for decades. 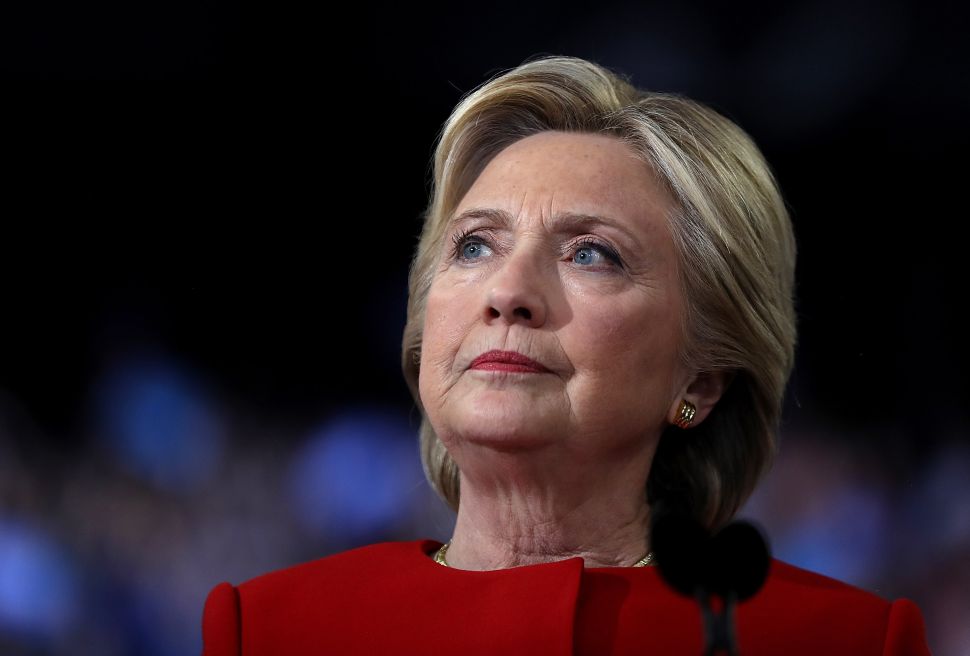