Have you always considered starting your own lifestyle blog, but didn’t want to become a true basic? It looks like basic pays off, at least when it comes to catching an eligible English gentleman.

First, there was Meghan Markle’s lifestyle blog The Tig, chock full of vacation shots and inspirational Pinterest quotes. And now Harry Styles has a rumored new girlfriend, in the form of health food blogger Tess Ward. She’s behind “The Naked Diet” cookbook, which is all about detoxing.

The former One Direction member is rumored to be dating the food blogger slash model who splits her time between the US and the UK. The pair were spotted cruising around London, and Ward posted a photo in his Gucci shirt (or an exact replica).

Perhaps he’ll write a song about her, moving on from his relationship with Taylor Swift, who’s rumored to be the subject of his new single “Ever Since New York.” He did tell Rolling Stone, “Meeting someone new, sharing those experiences, it’s the best shit ever” last month, so it certainly sounds like he’s ready to move on.

So fresh and fruity. One of my favourite breakfasts of the trip so far… next to yoga dicha, it's a perfect place to stop by after 🌴🍓🍇🍒 #tulum #tesstravels

Like Markle, Ward’s social media posts are decidedly familiar to any 20-something. There are vacations in Tulum, avo toast and Buddha bowls. Her almond milk recipes and poolside shots have already led to 90,000 followers on Instagram (Markle had a million followers when she first coupled up with Prince Harry, she’s now at 1.6).

The next time you whip something up in the kitchen (or order a particularly ‘grammable avocado toast at brunch), consider snapping a photo. Then, delete your Tinder account and see what happens. At least Niall Horan is still single. 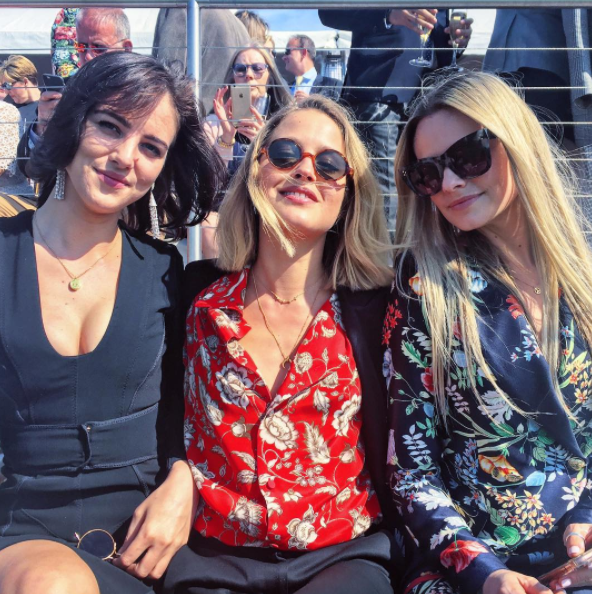