SpaceX has had a singular vision since its founding: to make humans a multi-planetary species. That means financing and building the infrastructure that will transport settlers to the first stop: Mars.

SpaceX was the first private company to dock a spacecraft at the International Space Station, the first to successfully recover an orbital-class rocket after a mission. And recently, they shook the entire aerospace industry by reflying one of those rockets—an accomplishment that has far-reaching implications for the future of spaceflight.

Elon Musk hopes the first missions of SpaceX’s Interplanetary Transport System will begin carrying humans to Mars in a decade. But before they can, the company must cross a series of hurdles that will perfect spacecraft reusability, lower the costs of development, and build a foundation for long-duration human spaceflight.

Here are a few things SpaceX will attempt over the coming years to prove those technologies:

1) Fly the world’s most powerful rocket

Later this summer, SpaceX will test launch the Falcon Heavy rocket from Kennedy Space Center in Florida. Elon Musk says it will be the most powerful rocket in operation by a factor of 2 and can generate over 5 million pounds of thrust, giving it the capability to launch missions to the Moon, Mars and beyond.

The Falcon Heavy has 27 Merlin engines and is essentially three integrated Falcon 9 rockets. The test flight vehicle will have two previously flown Falcon 9 boosters on its sides and a brand new core booster. The rockets are currently undergoing tests at SpaceX’s McGregor, Texas Rocket Development Facility where they will be until being shipped to Florida. SpaceX will attempt to recover all three rockets following the first flight of the Falcon Heavy.Two to land and one at sea on the Of Course I Still Love You drone ship.

2) Relaunch a recovered rocket…again. And again.

Once this happens, SpaceX can begin saving the money it needs to finance the deep space missions. Full rocket reusability means the dramatically reduced costs in the tens of millions, and SpaceX intends to pass along those savings to its customers. They hope to launch six flight-proven Falcon 9 rockets before the end of the year.

SpaceX is also now aiming for 100% reusability and will attempt to fully recover the rocket’s fairings and even the upper-stage. It’s important to note, the 400-ft tall passenger ship and booster rocket of SpaceX’s Interplanetary Transport System is supposed to be entirely reusable. With that architecture, they hope to reduce the cost for a seat to Mars to $200,000.

The Dragon vehicle is currently used to carry cargo that includes supplies, hardware, and science to the International Space Station. Starting with their 11th resupply mission for NASA scheduled for early June, SpaceX will launch a recovered Dragon on another flight and intends to use the reusable spacecraft for the remainder of its current resupply contract with the agency. This will allow the company to focus on developing the next version of the Dragon which could carry humans to low-Earth orbit and around the Moon.

Those first crewed Dragon missions will be for NASA and will help bring human launches back to Cape Canaveral for the first time since the Space Shuttle program was shuttered in 2011. Since then, the US has been paying Russia almost $80 million a seat to hitch a ride on their workhorse Soyuz spacecraft. SpaceX wants to fly an uncrewed test mission of the Dragon V2 at the end of this year with actual missions beginning in the second quarter of 2018. Boeing is also contracted by NASA to ferry astronauts to the space station and it’s still unclear which company will be the first commercial outfit to do so. There have been delays for both.

5) Fly two tourists around the Moon

Sure, this is technically a tourism mission for two very rich people. But if SpaceX can pull it off, a new line of business will open for them and further drive competition in the emerging commercial space tourism industry. Amazon CEO Jeff Bezos and his spaceflight company Blue Origin is closing in on Elon Musk with their own success in rocket development and reusability.

SpaceX’s two private customers have made a deposit for their fares and will undergo health and safety training to make sure they can survive the trip to lunar orbit. SpaceX expects to begin training the anonymous passengers later this year for a launch next year. Details will be released about the mission after crew members are approved for flight. According to SpaceX, other flight teams are interested as well.

6) Probably do the same for NASA

The Trump administration is calling on NASA to return humans to the Moon by 2019 and to do so on an already-planned mission that was originally uncrewed. There have been delays with NASA’s SLS deep space rocket that’s supposed to launch that mission and a lack of clarity as to what the agency’s long-term plans are for getting humans to Mars.

SpaceX wants to fly its first Moon tourists next year and has expressed interest in giving NASA priority when buying seats on the Dragon. Elon Musk is on President Trump’s Economic Advisory Council, and there’s been at least one meeting between Newt Gingrich, Steve Bannon, and Elon Musk concerning human missions to the Moon and Mars. It’s not a stretch to think NASA and SpaceX would collaborate on deep space human missions given the partnership already underway to deliver cargo and fly crew to low-Earth orbit.

SpaceX passed a new milestone in April by launching a top-secret military payload for the National Reconnaissance Office. It was the company’s first national defense mission. Long-term government contracts are valued in the tens of billions and SpaceX argues that their launches are cheaper than its competitors. SpaceX has won a lawsuit to push back against what they called a monopoly by Boeing-Lockheed Martin venture ULA, and has already won military launch contracts. SpaceX will also be able to launch heavier military satellites and multiple payloads once they begin operating the Falcon Heavy.

8) Establish a Cargo Route with Mars

One SpaceX has the crew dragon and Falcon Heavy flying regularly, they will begin rolling out a Mars-variant “Red Dragon” spacecraft. The uncrewed capsule is designed to be launched on the powerful rocket toward Mars carrying cargo and scientific instruments. SpaceX wants to make consistent deliveries and establish a regular route or as Musk puts it, “like a train leaving the station.”

These missions will lay the foundation for the Interplanetary Transport System which SpaceX conceptualizes will carry Mars’ first human inhabitants and enable the building of a “city” on the surface. As for the system itself, SpaceX has already conducted a pressure test on a massive prototype carbon fuel tank and test fired the Raptor engine that will power the spaceship. 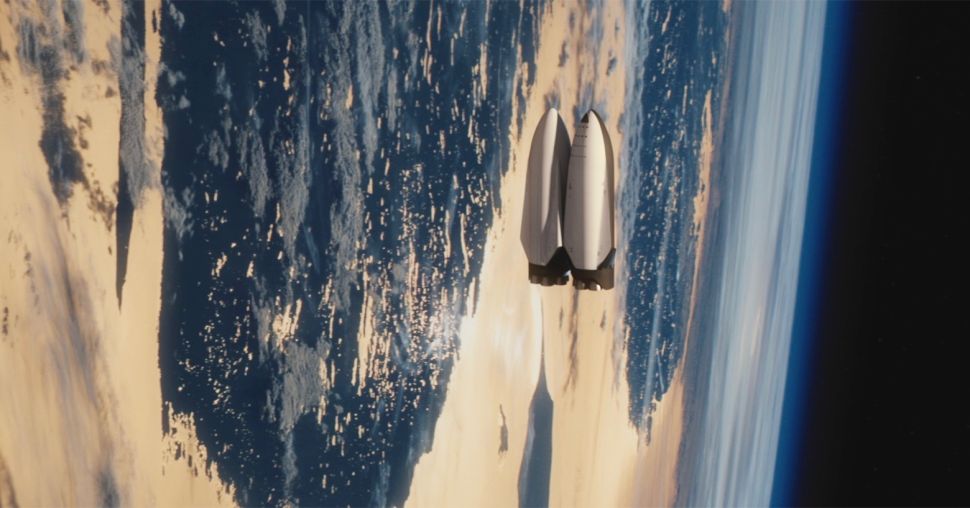