Right now it seems like the Democrats are banking on Republican candidates being disagreeable, even hated, to the American people in order to win elections. That worked well for them in 2016. Oh wait.

The fact of the matter is that Democrats have been losing ever since President Barack Obama took office, with only a brief respite in 2012 with his re-election. Under Obama, Democrats lost 913 state legislature seats, 30 state legislature chambers, 11 governorships, 13 net Senate seats and 69 House seats. The only person Obama was ever good at getting elected was himself.

Democrats lost control of the House in 2010 and the Senate in 2014. And they’re going to keep losing if they can’t make an honest assessment about why they keep losing—even if their friends in the mainstream media bubble insist that they are the good people and Republicans are evil.

Hillary Clinton lost in 2016 to President Donald Trump, yet she still can’t accept that maybe it was her and her awful campaign that did her in. On Tuesday, Clinton again blamed WikiLeaks and FBI Director James Comey for her loss.

“I was on the way to winning until the combination of Jim Comey’s letter on October 28 and Russian WikiLeaks raised doubts in the minds of people who were inclined to vote for me but got scared off,” Clinton said at a “Women for Women International” conference in New York City. “And the evidence for that intervening event is, I think, compelling—persuasive.”

Clinton then, bizarrely, claimed: “If the election had been on Oct. 27, I’d be your president. And it wasn’t—it was on October 28.”

Wrong date, Hillary! The election was on Nov. 8. Minor mistake aside, this “if only” projection makes no sense. Polls didn’t show her losing until she lost. She could have still lost on Oct. 27. The sentiment is laughable when applied to other scenarios. If people talked about Russia in 2012 the way they do now, Mitt Romney would have won. If Ben Carson hadn’t said so many dumb things, he would have been the nominee. If the New York City mayoral race had taken place on July 22, 2013, Anthony Weiner might be the mayor of Metropolis.

Hillary still doesn’t get it. At the conference on Tuesday, she told the audience: “If you drive around in some of the places that beat the heck out of me, you cannot get cell coverage for miles and even in towns.” She was speaking in a larger context about how some parts of the country still don’t have access to broadband—a theme she mentioned during her campaign.

But that seems to suggest she was insulting those who didn’t vote for her. The discussion was fine—until she said, “in some of the places that beat the heck out of me.”

What she said is probably even true, but can she say it’s not true of any of the places that did vote for her? Clinton lost Wisconsin—which she never visited—and Michigan, which aren’t exactly rural states like Wyoming. Her comment comes strikingly close to sounding like Obama’s “cling to guns or religion” sound bite. Coupled with Clinton’s general problems with technology and speaking to those who don’t agree with her, this statement comes off as insulting.

During these conferences, Clinton does give a throwaway line about how she’s responsible for her loss or how she could have done better—but the majority of her remarks focus on how it’s everyone’s fault but her own. Her usual go-to excuse is sexism, though Comey, WikiLeaks and Russia are in the mix. Even some on the Left aren’t buying it anymore.

Former Obama White House adviser David Axelrod has had enough of her excuses, telling CNN that “It takes a lot of work to lose to Donald Trump, let me tell you.”

“He was the least popular presidential candidate to win in the history of polling, and so it wasn’t just the Comey letter, Axelrod said. “The fact that she was in a position to lose because of the Comey letter is something that deserves some introspection.”

Axelrod also ripped Clinton over the Comey comments, because “Comey didn’t tell her not to campaign in Wisconsin after the convention” and “Comey didn’t say, ‘Don’t put any resources into Michigan until the final week of the campaign.’”

The Democratic Party is in a tough spot. I get that. Clinton lost to a man consistently described by the media as sexist and racist. And she managed to lose. The next time Democrats run a candidate, they (probably) won’t have to deal with a Comey letter. Maybe next time WikLleaks will go after Republicans again. Democrats also (again, probably) won’t have a candidate who misused her office to benefit her family’s foundation or lied about mishandling classified information.

But they will likely run a candidate who goes down the same path of identity politics and running on issues that are outside of American values. If the Left continues to believe that outside forces caused Clinton’s downfall—rather than her campaign or her platform—then it doesn’t matter who they run. That person will struggle. 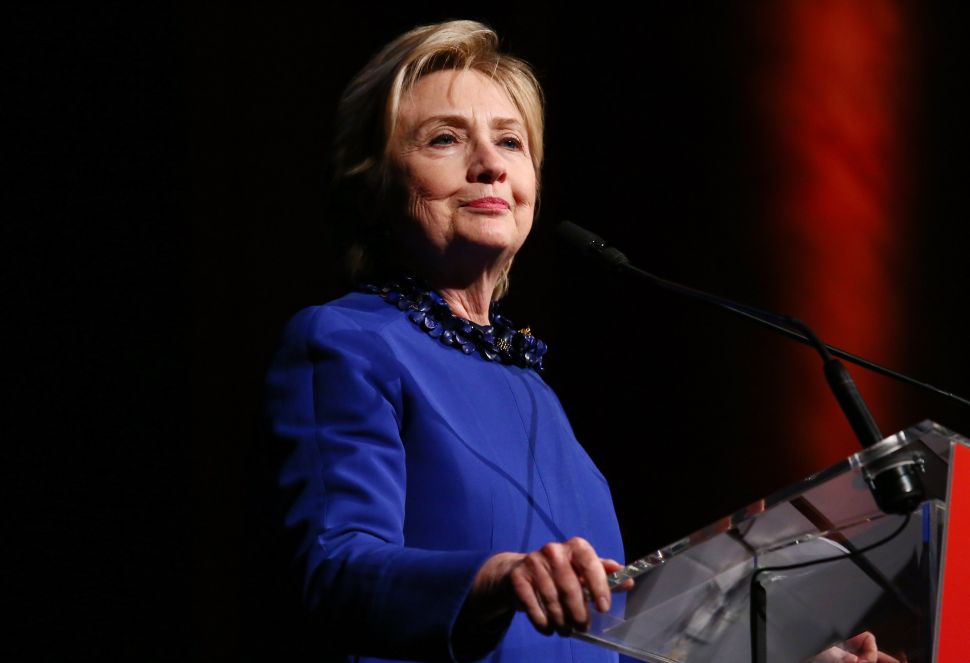