Sleeping Giants is a social media-powered campaign against the Breitbart website. Volunteers visit Breitbart to look for ads that pop up, take a screenshot and tweet it out at the brand that placed the ad. The online campaign reshares such posts on Facebook and Twitter, and then its supporters pile on the brand.

Next, Sleeping Giants helpfully guides companies in how to make sure none of their ads ever pop up on the alt-right news site again. Once a company confirms it has blocked Breitbart, Sleeping Giants showers the brand with praise. Today, it claims 2,143 brands have agreed not to appear on the news site that Steve Bannon once edited. Divorced from the controversy around the topics Breitbart covers, this is still a weird story.

Were executives at Ford ever surprised to learn that one of their ads for trucks appeared in Esquire? Of course not. So how is it we live in time when a major brand can find its customers tweeting angrily about its appearance on a website they hate, without that brand ever actually considering that its promotion might show up there?

On the latest episode of the Track Changes podcast, John Shankman breaks it down with hosts Paul Ford and Rich Ziade. Shankman runs the content monetization consultancy Hashtag Labs.

How have we come to live in a world where advertisers don’t know which publications their ads will show up on?

That’s life in the age of automation.

Ad tech has become so beholden to third parties, that no one fully takes responsibility for what web users end up seeing and where. Ad tech companies instead focus on finding just the right user, whether they happen to be on Breitbart or The New Yorker. Every company that claims it can target a sale slightly better scrapes off another tiny piece of each sale.

“My attention as a web user, I’m like a milkshake with 50 straws coming out of me,” Ford, a tech writer and co-founder of the digital agency Postlight, said on the show.

Shankman has worked on the revenue side of sites like The Awl Network and Huffington Post. His company now manages the ad inventory for small publishers on their behalf. He describes digital advertising as having three levels, from the most lucrative to the least.

Are all digital ads the same?

No, but the internet has always had a weirdly hostile reaction to ads, as if somehow all the work that goes into making this stuff should just magically pay for itself. That said, that objection has grown as ad tech has become more invasive.

The most lucrative kind of digital ad comes from a direct sale. That’s where a website’s sales team goes out and says, “We’re going to do a feature every day for a month about a Brooklyn bodega cat” and Meow Mix buys banner ads across your site for the length of the campaign.

“If I’m a publisher, that’s dreamy,” Ford says. Shankman concurs. It’s the most money, but it’s also the most work to sell and puts the most responsibility on the publisher.

The next level is the premium ad network. These are networks that carefully select the sites that can join them, and they can be more selective about the ads they accept. Nectar Ads does it for visual arts sites. Vice also runs a network for Vice-like sites, but Shankman said that sector is fading.

Then there’s programmatic ads, where unsold space on websites gets auctioned off by robots working for the buyers and sellers (once upon a time it was called “remnant”). He is convinced that programmatic ads will take up an ever increasing portion of the market with time, he told the Observer during a phone interview following the podcast, but he also believes those ads can become more compelling and stop slowing down users’ web experience so much.

So why are ads as we know them online so aggravating?

Advertisers spent $194 billion online in 2016, according to Statista, which attracts a lot of entrepreneurs to the market. Beneath every ad that loads on your page, there are more and more companies inserting themselves, making the process more and more complicated. That complexity makes pages load slowly and gives users that feeling that someone is following them around online. The internet is so open that there’s nothing stopping ad tech from behaving as invasively as it can.

Imagine a marketer has a new cat toy to sell. Given a choice between advertising to people who have liked I CAN HAS CHEEZBURGER on Facebook, people who have clicked on several Buzzfeed lists about things cat owners know or people who have searched for cat vets multiple times, the last is going to be their first choice every time. The more finely-grained they can target people the better, and finding new ways to eke out just a little more precision from this market has made it really complex. Luma Partners made a famous infographic about what a morass the industry has become.

So how does advertising work from a publisher’s perspective?

It starts with an ad server, which Shankman describes in the podcast as basically a really sophisticated schedule. It’s a simple idea, but understanding the ad server brings this ecosystem together. Don’t think of it as the sort of server that sits in the giant underground computer farm. This sense of server is more like a waiter in a restaurant. It’s deciding what to bring to the table (where the table is a website that a web users is visiting). The giant in this space is Doubleclick, which Google owns.

SEE ALSO: This cryptocurrency might power a new business model for online media.

In short, the ad server manages the queue to get on a website. It will serve up the Meow Mix ads a site bought directly from the company to its bodega cats post until the views it paid for have run out. Then it will serve the pricey ads the site snagged from some agency trade desk with a contract to reach cat fanciers. When all of that runs out, it will start posting whatever programmatic ads will take your space in the moment, whether they are for cat owners or motorcycle riders. The ad server stage manages these priorities.

Those last spots get bought and sold on ad exchanges. Google and AppNexus are two of the giants. But they have so much inventory to sell that it takes additional actors like demand side platforms (DSPs) and agencies to help marketers figure out what they want to buy on the enormous exchanges.

Data Management Platforms keep track of data hoovered up by cookies to help agencies make better picks. These are the companies that sat there quietly watching as you carefully read “tips for owners of older cats” on the Cat Fancy website. They remember.

There’s also companies called rich media platforms that will make tight little videos for your brand, host them and help you keep track of where they appear. For brands that think it’s important for ads to actually yell at web users while they float about online. Those are the best ones.

Will using the web get better or worse?

There are so many layers that it’s no wonder sites light on the content side can still bog down a browser with all the third party junk they serve. Postlight co-founder Rich Ziade said on the show he went through a brief period where he turned off uBlock, his ad blocker, and the web became a nightmare.

“I’d been using the ad blocker for a while and I came back to the web, and it was a disaster,” Ziade said. “My browser was coming to a crawl. The ads … I wouldn’t even call them ads … They were like people swinging from windows.”

Shankman grants that the experience for users has degraded. Many of the ads they see are low quality, irrelevant and ugly.

“I think the future is getting high quality premium ads—like those that you get through direct sales—programmatically,” Shankman told the Observer in a phone call. High quality ads are delivered using the latest HTML and they have the sort of craft put into them that goes into a 30-second TV spot.

He also believes that the system is evolving to work better for people, and that includes not watching them as closely. “Getting an ad from point A to point B can be simple,” Shankman said. “I think the platforms are interested in cleaning that up.”

But the robots will have to get crazy smarter before a marketer can kick back, hit go on an ad buy and let their fancy display ads flit off across the internet without worrying about any of them showing up on a site that will make its customers spazz out. That’s the kind of edge case that makes it seem like this market could remain befuddling for a while.

Until then, Shankman’s company is available to help publishers manage. As he put it on the show, “I love explaining,” Shankman said. “You’d think I’d be scared to explain it to people, because you’d think they’d be like, ‘Oh I get it I can do it myself.’ It’s more like, ‘Yeah… you can keep doing that.’” 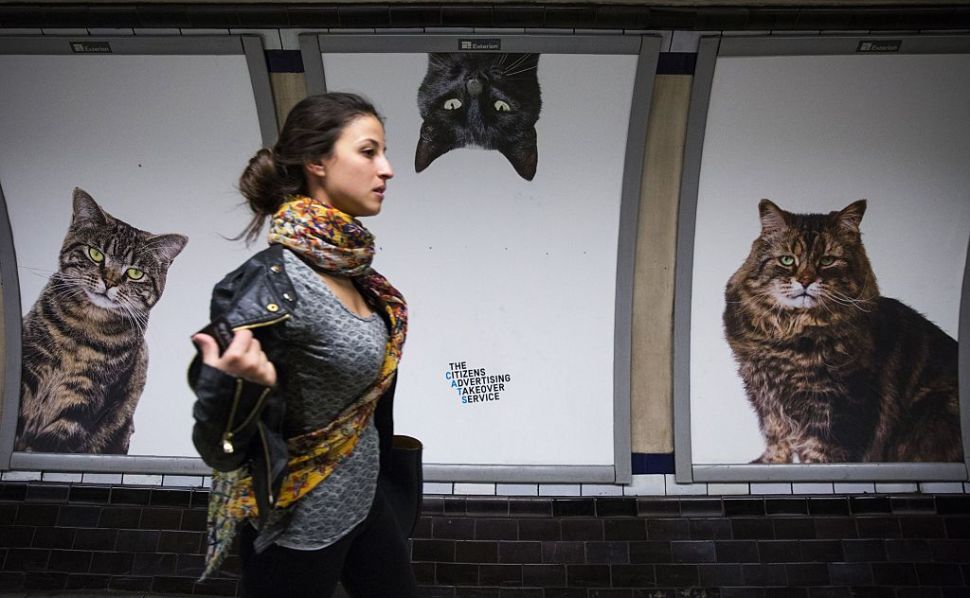