The Trump administration has created a commission, led by New Jersey Gov. Chris Christie, to address the opioid crisis, which killed over 30,000 Americans in 2015. In crafting its recommendations, the commission should look to lessons from previous presidents. During the 20th century, three presidents faced major public-health crises: Franklin Roosevelt and polio, John F. Kennedy and smoking, and Ronald Reagan and HIV/AIDS.

Of these presidents, FDR is most closely associated with his. This is, of course, because Roosevelt himself was a polio victim. Polio first appeared in the United States in 1894, but didn’t become a recurring problem until the 1940s and the early 1950s, when it crippled about 35,000 people annually. The disease hit its peak in 1952, with a record 57,628 polio cases. The numbers themselves, however, do not convey the full intensity of the crisis, which panicked millions of parents and children alike.

As president, Roosevelt took a philanthropic approach to dealing with polio. He helped create a series of “Birthday Balls” to raise money for victims. The first ball, in 1934, raised $1 million for the Georgia Warm Springs Foundation. In 1944, he used martial language to speak to the nation about a war on polio and made an explicit analogy to the nation’s ongoing efforts in World War II: “The dread disease that we battle at home, like the enemy we oppose abroad, shows no concern, no pity for the young.”

Donations to the National Foundation for Infant Paralysis went to good use. A 1943 grant from the NFIP to the U.S. Army Neurotropic Virus Commission helped provide funding for Albert Sabin, who created the oral polio vaccine. The vaccine changed everything: The 14 years from 1937 to 1950 saw about 230,000 cases of polio in the U.S., which is about the number of cases that would appear over the next 50 years.

According to FDR biographer Conrad Black, the development of the vaccine stood as “Roosevelt’s ultimate victory over his illness.” Roosevelt’s use of his stature and his own considerable communications talents constituted a successful and largely non-government focused approach to a severe public-health crisis.

As for smoking, in 1962, President Kennedy directed Surgeon General Luther Terry to create an Advisory Committee on Smoking and Health to consider the health effects of smoking. The committee’s report, which came out after Kennedy’s tragic assassination in Dallas, found that smoking was deleterious to one’s health and even specified a 70 percent increase in mortality among smokers over non-smokers. These were such controversial findings that Terry timed the release of the report for a Saturday, to minimize the report’s impact on the stock market.

Official U.S. government policy since then has been to oppose smoking. In 1965, Congress approved a warning label on cigarettes. Beginning in 1970, the warning was issued in the name of the surgeon general. Since 1970, the government has banned tobacco advertising on both TV and radio, and the campaign against smoking has been an ongoing priority for the surgeon general. The government’s anti-smoking efforts have had a real impact. In 1964, over half of U.S. men—52.9 percent—smoked, along with 31.5 percent of women. By 2014, smoking had dropped to 16.8 percent of all U.S. adults—18.8 percent of men and 14.8 percent of women.

A third public health crisis was HIV/AIDS, which killed 19,000 New Yorkers in the 1980s and about 698,000 Americans overall. Ronald Reagan, who was president during the crisis’ early years, had long been criticized for his hands-off approach to the crisis. Spending on HIV/AIDS research increased under Reagan’s watch: The U.S. government spent over $5.7 billion on HIV/AIDS under Reagan. Columnist Deroy Murdock observed that “Reagan’s signature inaugurated federal action on AIDS research and treatment.”

In addition, Reagan’s Surgeon General C. Everett Koop was outspoken on AIDS. And as early as 1983, Health and Human Services (HHS) Secretary Margaret Heckler visited a dying AIDS victim in the hospital and held his hand, a gesture that demonstrated both compassion and made the point that the disease was not communicable through incidental contact. In 1986, Reagan visited HHS and said, “One of our highest public health priorities is going to be continuing to find a cure for AIDS.” In April 1987, he declared AIDS to be “public health enemy number one.”

This brief history teaches us some lessons for presidents interested in taking on public health crisis. It is important to recognize expectations placed upon government have increased. To be sure, Roosevelt advocated for polio research, but instead of mobilizing an entire government, he promoted donations for research. With respect to smoking, Kennedy’s administration got involved slowly at first but led the way for future government-wide efforts. With AIDS, Reagan’s critics denounced him for his apparent indifference, but he and top aides spoke out on the issue and his administration allocated significant amounts of money toward combating the disease.

Another lesson is how public-health issues have become politicized over time. If FDR were alive today, polio advocates would likely criticize him for devoting insufficient government resources to the disease and for failing to highlight his own paralysis. Today, everything can and will be viewed through a political lens.

A workable approach to a public health crisis such as opioids calls for an appropriate level of presidential rhetoric and action in the form of government resources and activity. A president’s personal commitment to an issue is important in that it ensures that the issue will be prioritized throughout the bureaucracy. Finally, presidential leadership is important, but governmental response should be set up to continue beyond one administration. Government messaging can have a big impact on behavior, but it must be sustained over the long term.

No one of these strategies is a silver bullet. Taken together, however, a president can use them to follow in the footsteps of predecessors like Roosevelt, Kennedy, and Reagan who have taken on, and in some cases defeated, even more trying public-health challenges.

Tevi Troy is a presidential historian, former White House aide, and ex-Deputy Secretary of Health and Human Services. He is the author of Shall We Wake the President? Two Centuries of Disaster Management from the Oval Office. 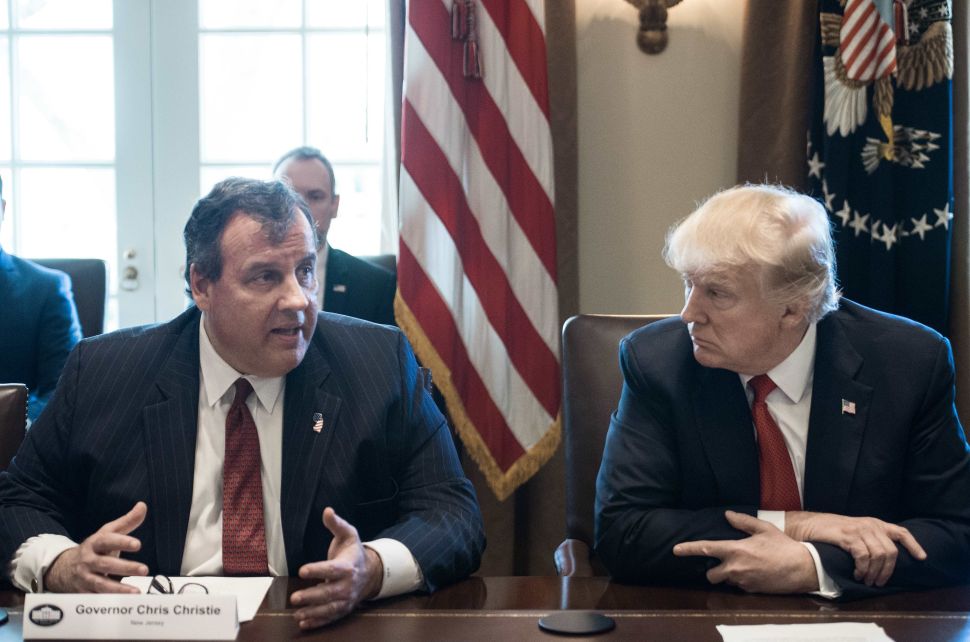