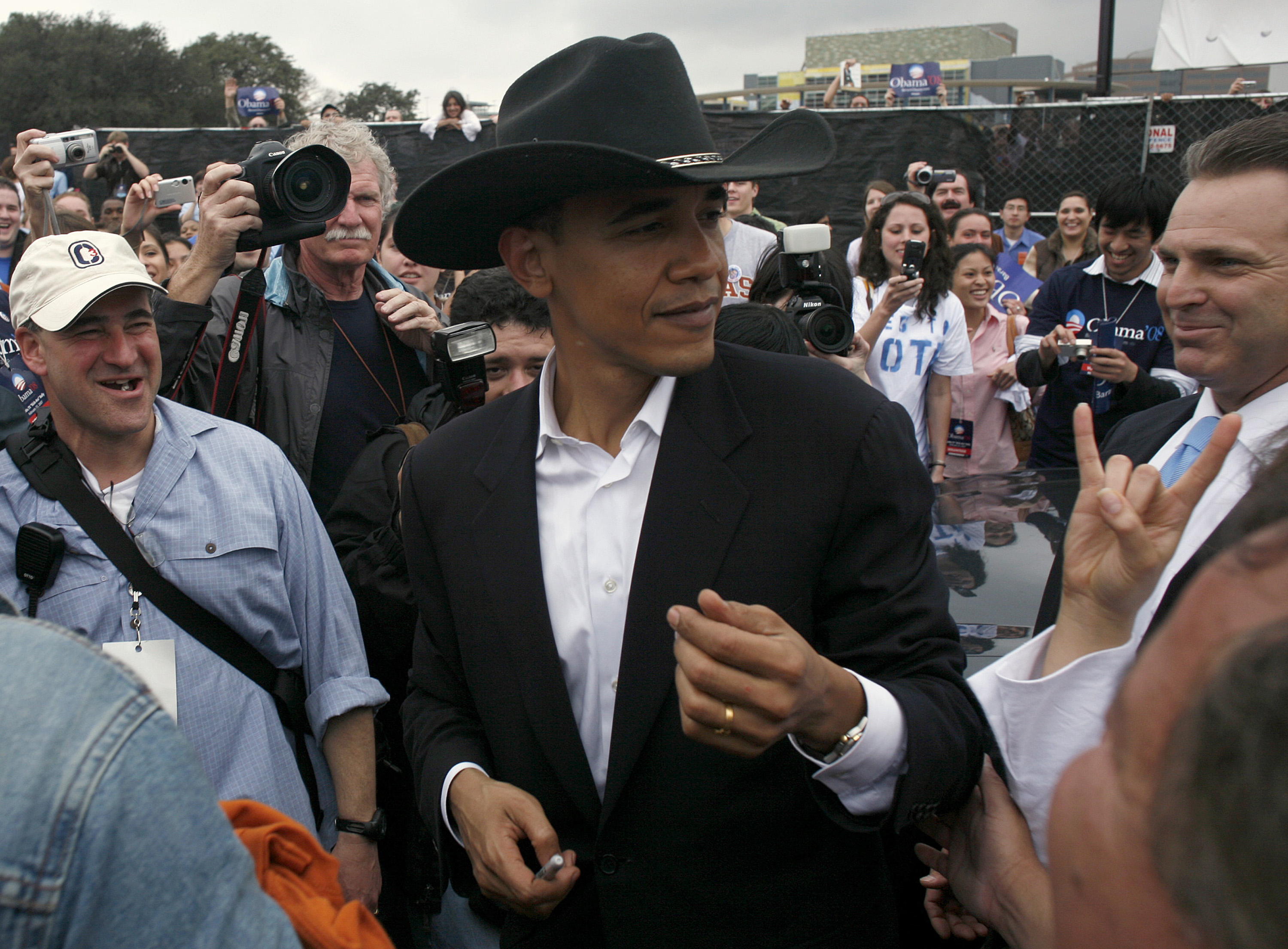 if you’re an actual, real progressive Obama is not your man. Ben Sklar/Getty Images

Could you ask for a more perfect bookend to Obama’s blood-soaked neocon abortion of a presidency than his receiving $400,000 to give a speech at a health care conference organized by a Wall Street firm?

My God I hate every single thing about every single part of this. Let me type that out again in segments, so we can all really feel into it:
Four hundred thousand dollars. For a former President of the United States. To give a speech. At a healthcare conference. Organized by a Wall Street firm.

Why are Wall Street firms organizing motherfucking healthcare conferences, one might understandably ask? And why are they hiring the man who just completed an eight-year war on progressive healthcare policy and a torrid love affair with Wall Street criminals? These are extremely reasonable questions that might be asked by anyone who is intelligent and emotionally masochistic enough to look straight at this thing, and the answer, of course, is America. That’s what America is now. The man who continued and expanded all of Bush’s most evil policies, created a failed state in Libya, exponentially expanded the civilian-slaughtering US drone program which Chomsky calls “the most extreme terrorist campaign of modern times” to unprecedented levels, facilitated the Orwellian expansion of the US surveillance state while prosecuting more whistleblowers than all previous administrations combined, and used charm and public sympathy to evade the drastic environmental policy changes we’ll need to avert climate disaster and lull the progressive movement into a dead sleep for eight years now gets paid nearly half a million dollars an hour to continue bolstering the exploitative corporatist nightmare he’s dedicated his life to. American University has compiled data indicating that the already extremely wealthy Obama family may end up being worth as much as $242 million in their post-White House years, and if Barry keeps whoring himself out like this, he might exceed even that.

Are most of the people we kill with armed drones innocent? This former U.S. Air Force tech says yes. pic.twitter.com/Dpov14CmhR

Anyone who’s familiar with my work knows that I harbor markedly less affection for Hillary Clinton than I do for malaria-infected mosquitoes, but I still find it annoying how clued-in people on the anti-establishment left are to how horrible she is while still maintaining a degree of sympathy for Obama. There’s a general awareness that Obama was far from perfect and did immoral things, but you rarely see the same vitriol and disdain for him as you do for Clinton on the left, which is absurd because they are the same monster. This needs to change before there can be any forward movement on the progressive front. Unless we get crystal clear that these Democratic neocons are unacceptable, they’re going to keep finding political influence among our ranks.

I began this essay by saying that Obama’s $400,000 oligarchic shill job was a bookend. I did that because, in what was easily the single most important and egregious WikiLeaks email of 2016, we learned that Wall Street was calling the shots in the Obama administration before the Obama administration even existed. Before he was even elected, an executive from Citigroup (the corporate owner of Citibank) gave Obama a list of acceptable choices for who may serve on his cabinet. The list ended up matching Obama’s actual cabinet picks once elected almost to a ‘t’.

Feel like doing a little citizen journalism? Here is a link to the aforementioned WikiLeaks document. Go to Attachments and select “Cabinet Example” to see the cabinet members offered to Obama, and compare the names there to this Wikipedia list of actual cabinet appointments and note the tremendous amount of overlap for his 2009 appointments.

Feel like doing a little more citizen journalism? Try and find any mainstream coverage of this email after it came out. Write about your findings somewhere on the internet, and boom, a guerrilla investigative journalist is born.

The email was ignored by everyone but the fringe of the fringe, with the most significant coverage coming from Russia Today and right here in the Observer, whose ties to Trump via then-publisher Jared Kushner have been well-documented.  The anti-establishment right didn’t care about it because they were focused on beating Clinton, and the anti-establishment left didn’t care because… why? It should of course have been a front-page scandal for weeks, but at the very least progressives should have lifted up a big fat “NO” to it. This was the cabinet that determined the administration’s response to the criminals who caused the 2008 financial crisis that had just ravaged the nation, and they were treated with a light finger wag and a kiss goodnight by these Citibank appointees, who then went on to help assemble the exploitative and climate-killing TPP.

I wish the Obamas and Clintons wouldn’t do fat speaking fees, but I am sick of people who’ve never had money worries judging those who have.

White men made millions for crashing the economy. Obama should get at least 400k to speak on how he saved it. https://t.co/0H3RxSHA1L

I can understand why pro-establishment liberals are defending this man; he stands for everything they stand for. If all you stand for is vapid tribalism and vanity politics and you are willing to sacrifice integrity along with economic and social justice and the lives of other people’s kids in corporatist wars overseas in order to feel like you’re on the right team, Obama is your man. But if you’re an actual, real progressive and not just a latte-sipping NPR listener with a sense of self-righteousness and a pro-choice bumper sticker, you’ve got no business regarding Obama with anything but disgust.

I mean, it’s wrong, but I also get it. The sympathy we’re tempted to feel for that child-killing corporate crony is one of the very few problems that we actually can blame mostly on Republicans. They spent eight years hammering the guy, but they couldn’t criticize any of his actual evil policies because they were all policies that Republicans support too, from warmongering to bolstering the Walmart economy. So they had to make up the most ridiculous bullshit we’d ever heard, which you couldn’t just stand around listening to without screaming and disputing. They couldn’t attack his Orwellian surveillance programs, so they said he’s a Muslim. They couldn’t attack his eat-the-poor neoliberalism, so they said he’s a Kenyan. They couldn’t attack the unforgivable bloodbaths he was inflicting on other countries, so they said he’s a socialist (Ha! Remember that one?). So by attacking these moronic right-wing narratives, we often wound up tacitly taking his side, which fostered sympathy.

That sympathy is what needs to go. Anyone who’s ever escaped from an abusive relationship knows that sympathy is the very first thing that you need to get rid of in order to be free, because sympathy is how a manipulator sucks you in. When you’re dealing with a government that in 2013 gave itself the legal right to use media psy-ops on its own citizens, you can’t afford to have any stray strands of sympathy laying around out there. The war we’re fighting against the oligarchy is first and foremost a media war, and we may be certain that any sympathies progressives maintain toward their establishment oppressors will be exploited. By letting ourselves really see Obama for the vicious ecocidal warmongering corporatist that he is and letting the resulting disgust wash through us, we are inoculating ourselves against sympathy for him and everyone like him. That disgust will serve as a kind of psychological gag reflex that rescues us from swallowing any more of their bullshit.

@BenjaminPDixon Obama next speech will be to Citibank. He plans on thanking them for the best administration money can buy. https://t.co/OYtYT2jXGu

Obama is not the poor widdle victim here, the American public is. Remember that not even a year after the taxpayer took the brunt of the damage from the banks’ idiotic gamble on subprime loans, he was out there inspiring rallies of people with his talk of hope and change, but at the exact same time as he was promising the American people that he would take Wall Street to task, in private he was allowing Citigroup to handpick his cabinet.

Just let that sink in for a minute. He was out there galvanizing and re-energizing the whole progressive movement, commanding giant rallies of people with his inspiring words and heartfelt promises, but at the very same time, he was emailing Wall Street to get their list for his cabinet appointments. Remember, this email wasn’t after he’d won. He’d engaged in this transaction while he was still campaigning, still sucking up every bit of hope America had for reversing the ravages of neoliberalism. He. Was. Lying.

That does not deserve sympathy. He knew what he was doing and he wasn’t forced into it by any “obstructionist congress”. The stage was already set. One could easily make the case that he not only killed off hope for change, but that he meant to — that the whole thing was deliberate from the start and that he meant to magnetize any hope left in the bruised and abused population, and suck it into the vortex forever, leaving everyone despondent and without hope. But one thing’s for sure: he certainly never intended to give America the changes he was promising. Ever. The Citigroup email proves that beyond a doubt.

And now he’s out there raking in the cash. So I do not weep for Obama, and neither should you.

A friend of mine who has a background in Alcoholics Anonymous once shared with me her view that the majority of 12-steppers are actually pre-Step 1 — that most of them really haven’t really grokked into how powerless they are over their addiction in any meaningful way. Well I see rejecting Obama as Step 1 of fighting the progressive revolution, and I think it might be possible that a majority of progressives haven’t fully done that yet. Some of my readers will have already worked their way down this rabbit hole and processed what needs to be processed while many others will find it a bit confronting, but I think everyone can benefit from a little more Obama hate. We must never go back there. We must unequivocally reject anyone who would take us back there.

We don’t get to keep him. We don’t get to keep the first black president. We don’t get to let that be ours; we have to reject it, in the same way we’d have to reject the first female president had Hillary won. Any pride in him, any benefit of the doubt because of his place in history, is an obstacle to judging his true behavior for what it is, as it is. I do sincerely hope there can one day be presidents who transcend racial barriers and shatter glass ceilings and also do their best to advance a pro-human agenda, but Barack Obama was no such president. He’s not ours. Kick him out.

Caitlin Johnstone is a reader-supported independent journalist from Melbourne, Australia. Her political writings can be found on Medium and on her Facebook page. 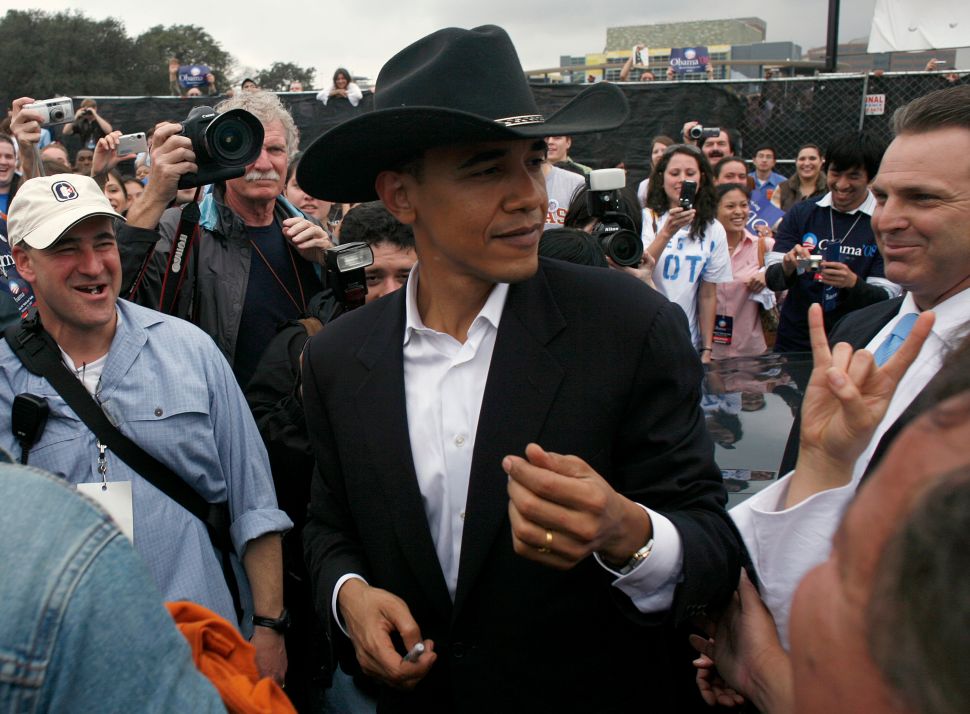