I am a lucky young woman. I have an interesting career, enough money to live, and people who love me. Above all, I have that precious thing without which everything else would be far less enjoyable: good health.

If you were to ask me about my medical history, it wouldn’t take very long. My worst memory is of being six years old and biting my tongue by accident while playing – so hard that I cut it. I distinctly remember the flood of blood coming out of my mouth and my father’s panic as he drove me to the emergency room.

That night the doctors put stitches in my tongue and I went home. My mother let me have a dinner consisting entirely of ice cream, since the surgeon recommended cold foods to alleviate the pain. The dream meal for a 6-year-old! However, thanks to my gluttony, I swallowed the suture thread along with my chocolate & vanilla cone, and my parents had to take me back to the hospital. The surgeon gently made fun of me as he stitched my tongue up … again.

I am French. I grew up in a middle-class family and have lived the majority of my life in France. What that night taught me more than anything was that if I ever needed healthcare, I would be taken care of. This reassuring belief has never been called into question, either by me or by my loved ones – even those with grave maladies or no financial resources.

I know the French healthcare system well. As an adult I trained to become a pharmacist, then a journalist specializing in health. Studying and understanding health has been a large part of my professional life.

It’s fitting, then, that I recently had a personal experience with the healthcare system of the United States – one that contrasted directly with that of France.

I’ve always liked the US. Actually, I live here right now. A few months ago, I left Paris for LA. And one morning last fall, I woke up not feeling so well. I had a strange sensation in my head and in one of my ears, along with a dreadful outbreak on my forehead and eyelid.

A phone call to an old doctor friend confirmed my worst fear:

For those who don’t know, shingles is a virus with the power to leave neurological after-effects and in the worst case, cause loss of vision. I knew I needed to find someone to help me.

My first contact with the American medical system was quite nice. The doctor who greeted me at Urgent Care called me “sweetie” and couldn’t stop telling me how badly she felt for me. I was used to a colder reception by doctors, so her sweetness comforted me.

This comfort diminished rapidly when I was asked for $120 for a consultation that took less than ten minutes. I have no American insurance, of course, so I had to pay it out of pocket. But it was the visit to the pharmacy that really depressed me.

“Did they let you know how much this medication would cost?” the pharmacist asked me uncomfortably as she filled my prescription.

“No,” I responded absentmindedly.

I thought I knew how much it would be. As a pharmacist in France, I had sold the same medication. A bottle of 42 pills usually cost €38 (around $40).

“That’ll be $265,” the pharmacist said, handing me a small bottle with 30 precious pills.

The surprise literally immobilized me for several seconds. Then I yelped something in Franglish that it wouldn’t be becoming to repeat here. As I took out my bank card to pay, I did a rapid mental calculation as to how much money was in my account.

On the way home, I decided not to call the ophthalmologist to check whether my retina was still intact, as the “sweetie” doctor had so vigorously advised me to do. Instead, I just prayed my eye would be fine.

In the end, everything was fine. I have nothing worse than a small scar to remind me of my misadventure – a scar that will probably always remind me of LA. Obviously if things had taken a very bad turn, I would have found the money, since I’m not without resources. But for the first time in my life, financial considerations had been the deciding factor in me not getting the care I needed.

“Welcome to America,” one of my roommates said sympathetically, upon hearing the story.

Things aren’t perfect in France. Far from it. Our healthcare, long known as “best in the world” has fallen from grace. Our hospitals are under stress. We’re in the midst of a financial crisis when it comes to healthcare, and more and more patients are getting private health insurance. Some people have to give up their dental care or choose not to get a new pair of glasses.

But in general, the protection is solid enough to spare us from the kind of stressful situation I faced. We have to pay for a portion of our care, but the majority of the fees for consultations and medications are covered. It’s a sort of communal health insurance funded, basically, by national solidarity. Thanks to a tax taken out of the salaries of all French people, we all have what we need.

For example, in France, the government negotiates (often contentiously) with pharmaceutical companies, such that the prices of medications are capped by the state. No one suffers more than or is taken care of less well than their neighbor. We never see someone declaring bankruptcy after a hospital stay. The French equivalent of Walter White would never have needed to set up a meth lab to take care of himself, seeing as cancer treatment is 100% taken care of in France (this may be why we produce such boring television, but that’s another subject).

The point is this: I come from a country where healthcare is a right, not a privilege, and that makes all the difference.

I had great hopes for Obamacare. I imagined it (naively, for sure) as something that could be developed into something perfect, all-encompassing, and always protective. Of course it’s not there yet, but it seemed to be the beginning. Its potential destruction now leaves me feeling desperate on behalf of Americans, a seeming return to a system that is not just troubling, but monstrous.

Getting sick is scary and anxiety-provoking no matter who you are, and no healthcare system can protect you from that. But for all its faults, the one in my country gives me the impression of being with me, not against me, as it seems to be for so many millions of Americans.

And that is worth all the “sweeties” in the world.

Héloïse Rambert is a French journalist based in Los Angeles. 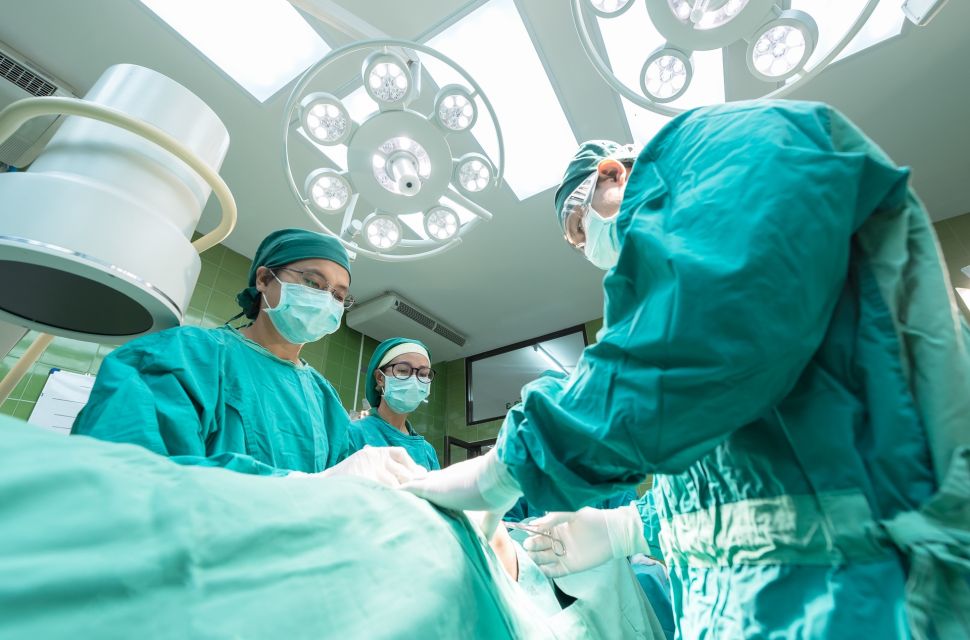