“Imagined Dialogue For” is our series by the hilarious and talented Chris Scott—of Reviews of Movies I Haven’t Seen fame. Next up? Chris takes a stab at guessing what happens in Ridley Scott’s Alien prequel slash Prometheus sequel, Alien: Covenant.

ASTRONAUT 1: This is so exciting!

ASTRONAUT 1: We’re about to make contact with an alien lifeform for the very first time.

ASTRONAUT 2: Somebody pinch me, I must be dreaming.

ASTRONAUT 1: Why wouldn’t he be?

ALIEN: GRRRRRRRR I’m going to kill you both!

ALIEN: I’m just kidding. Haha, I might appear horrifying but all I seek is peace. This is so cool that we’re here.

ALIEN: So you guys are from Earth?

ALIEN: Wow, I’ve only seen images and videos you guys have broadcast into space. It looks amazing.

ASTRONAUT 2: Where are you from?

ALIEN: My home planet doesn’t really have a human word, per se, but it’s also beautiful in its own way. Just different.

ALIEN: Jesus Christ, it is so cool to finally meet humans.

ALIEN: Okay, now that we’ve got that out of the way, I’m going to brutally kill both of you.

ALIEN: I’m just kidding around. The only thing I’m interested in killing is any misconceptions you might have about the hostility of an unknown alien species from deep space. If you guys have a minute, I’d like to tell you a little story.

ASTRONAUT 2: Absolutely. Go for it.

ALIEN: One time, on my home planet, I was climbing up a mountain. Only in my world, our mountains are inverted, so I was actually climbing down.

ALIEN: Yes, crater! That’s the word I was looking for.

ASTRONAUT 2: We have craters on Earth, as well.

ALIEN: When I got to the bottom I found a most upsetting scene. Another alien — a different species but not that unlike me — had fallen and broken his leg. The sun was setting and it would be dark inside the crater soon, and quite cold. But he was too heavy for me to carry back up to the top with me.

ASTRONAUT 1: Did you leave him and return first thing the next morning?

ALIEN: Absolutely not. I huddled with him through the night and we kept each other warm. The next morning I was able to go seek help.

ASTRONAUT 2: That is really cool of you.

ALIEN: The point of this story is that compassion and love is the only constant in the universe. It binds all living souls together, regardless of species or background or planet. Even though I appear quite grotesque and my blood is acid, I am your brother. And you are my brother.

ASTRONAUT 1: This is everything I ever hoped for in a first contact.

ALIEN: What’s something that makes you happy? Just off the top of your head. You go first, then you.

ASTRONAUT 1: Playing catch with my son.

ALIEN: Excellent answers, both. For me personally, it’s a sunrise.

ALIEN: And I love you guys. It is a true gift — in every sense of the word — that we can be here together, experiencing one another completely. Learning each other’s customs and traditions. It’s miraculous and strange and beautiful beyond description.

ASTRONAUT 1: It really is. In my wildest dreams, I could not have imagined an interaction with an alien creature going better than this.

ALIEN: Me neither. Okay, I have to go back home now. I’ll never forget you.

ASTRONAUT 2: We won’t forget you either. 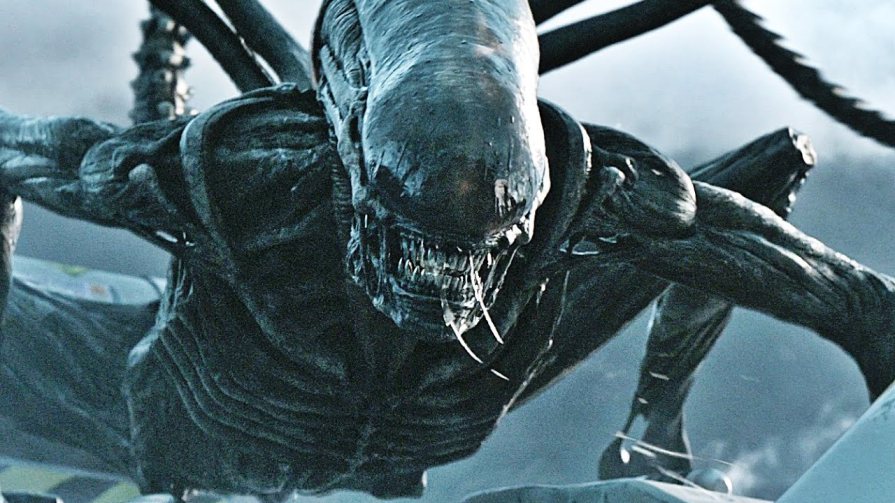