Visitors to London’s Arts Catalyst Centre will be able to go inside Japan’s Fukushima exclusion zone for the first time without risking exposure to radiation thanks to a 360-degree video installation from the curatorial collective Don’t Follow the Wind, reports the Art Newspaper.

In 2015, Don’t Follow the Wind curators—the Japanese collective Chim↑Pom, Kenji Kubota, and Eva and Franco Mattes—teamed with 12 international artists including Ai Weiwei, Trevor Paglen and Taryn Simon to create an installation across three sites within the roughly 209-mile zone that remains restricted to public access after the events of March 11, 2011.

Now, while the public still can’t physically visit the installation in Fukushima, viewers will be given a fleeting glimpse at what has become of area’s abandoned residential and commercial structures. The artist’s have placed artworks inside a warehouse, a farm and a restaurant, and a community recreation center. The video, titled A Walk in Fukushima, depicts the landscape, the damaged power plant, and the exhibition venues—although the artists are careful to hide direct views of the artworks themselves, according to a release for the show. Viewing headsets for the project were created by a family of artist Bontaro Dokuyama, former Fukushima residents who now currently reside outside of the contaminated zone.

A Walk in Fukushima is on view at Arts Catalyst Centre from May 19 through July 15, however Don’t Follow the Wind’s eponymous exhibition in Fukushima will remain physically inaccessible until restrictions to the area are lifted. 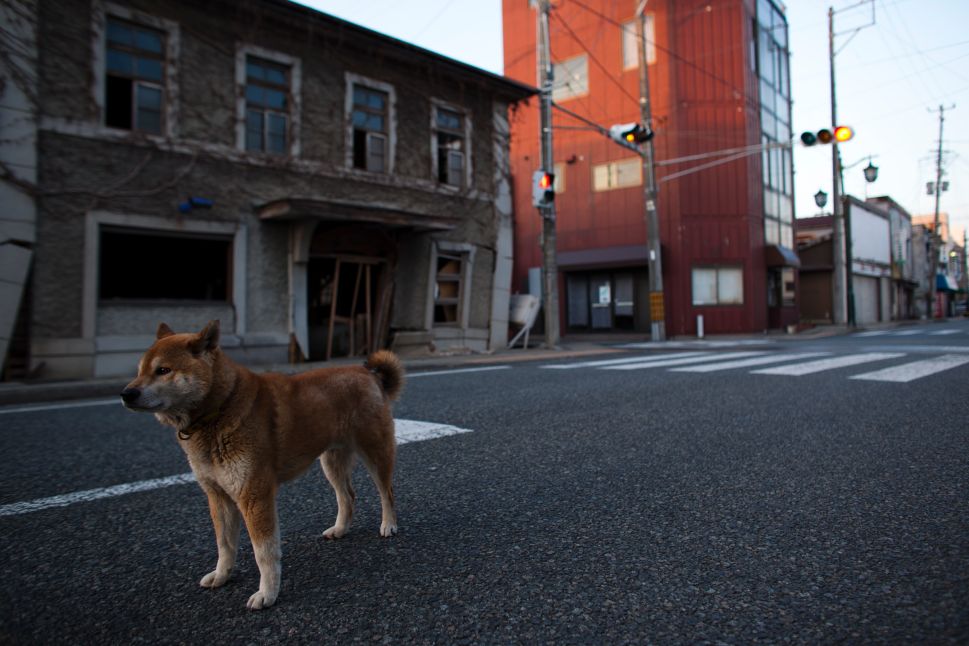