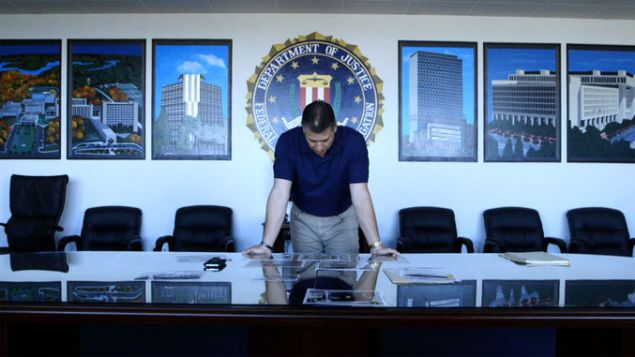 Inside the FBI. USA Network

There was probably a time when the average citizen didn’t spend much time thinking about the work of the FBI. Those days are pretty much long gone. Now, because of the current tenuous status of the entire world, because of atrocious actions, the work of this agency has taken on increased importance.

In an effort to educate the public about what the FBI actually does, a new series focuses not only on the activities of the agency but also on the people who spend their lives working to enforce the law and provide global security.

Inside the FBI: New York follows the agency and its various units (counterterrorism, cyber crimes and human trafficking, among others) as they deal with various crimes and criminals.

“The FBI is basically a secret institution that everyone knows about, but no one knows what they really do,” explains series executive producer Marc Levin. “Their default answer for 50 years to virtually every question has been, ‘no comment.’ Until now.”

Working with uber scripted television producer Dick Wolf, Levin says that former FBI director James Comey was onboard with the series because he felt it was important for the public to know about the inner-workings of the agency.

But just because Wolf and Comey wanted to do it doesn’t mean it wasn’t without trouble, explains Levin. “First, we had to determine what the term ‘access’ really meant. Fortunately, we were pretty much all on the same page about that. And, then there had to be a real level of trust on both sides—we had to trust that they would let us show as much as we wanted and they had to trust that we were going to show everything with a certain level of respect. I think we worked it out so really everyone’s happy about what we’re showing viewers.”

Levin says that he and his team were embedded during a very interesting time within the agency. “We were inside the FBI during two historic moments that were not good—this change in global terrorism which shifted from organized groups to these sort of social media lone wolf types acting out—and the whole suspicion of Russia hacking the U.S. election.”

The subject matter here is awfully heavy, admits Levin, saying, “I got scared watching a lot of this. There were things that I never gave much thought until I worked on this show. A lot of what happens rocks you, but this is the world we live in and it’s better to be in the know than to try and hide from it. You can’t just hide from it. It’s not going to go away.”

The recent surge in news coverage about the agency actually worked in the series favor, in a way, says Levin. “The intense focus on the FBI by the media made more people within the organization want to work with us because they felt they were being attacked. Every day there are people screaming that the FBI is corrupt. They felt like they were unseen and that nobody understood what they do. I think that worked in our favor in a strange way.”

The series isn’t solely focused on the actual day-to-day office and fieldwork of the FBI. Cameras also follow many of the agents home, exploring their personal lives. “We did that because we realized that you don’t know what these agents sacrifice if you don’t see them leaving their family on Thanksgiving and New Year’s Eve to work. These aren’t just people who grabbed for fame and fortune, their lives are mission directed.”

He goes on to say, “People like this, who are committed to the mission of keeping us safe, are a rare breed, and we need more of them. Yes, there are abuses in law enforcement on all levels, but I think the eye-opener here is how many good people there are that could be making so much more money and living very comfortable lives, but what really makes them tick is helping other people. That’s very inspiring.”

To entice those viewers that are scripted drama fans, Levin says, “If you’ve been watching those types of shows you know that they’re always stories that are ripped from the headlines. With our series you get to see the real thing without any kind of filter and no script, no actors, no fabricated production can come close to the real thing.”

Reaching out to a broader audience, Levin remarks, “You read the paper every day, and you see, ‘the FBI did this’ and ‘the FBI that’ and yet you still don’t really have any idea what the FBI is. If you want to know what’s happening and about the people who really keep us safe you should watch this.”

Levin sums it all up, saying, “The bottom line is if law enforcement isn’t transparent we’re going to be in a worse situation. In this world of social media, with the President tweeting, if the FBI is not more open they’re not going to be able to recruit the talent that they need to fight criminals and terrorists. It is a big risk to show some of this, but I think it’s one worth taking.”

“Special Agent Anne Beagan, who I’ve known for many years, reached out to me in the spring of 2015 about developing a series based on the FBI. She set up a meeting with Director Comey and Assistant Director Mike Kortan, and I then met with NY field office agents. I was very impressed and knew a documentary would be the perfect way to show what these brave men and women do.”

Inside the FBI: New York airs Thursdays at 10 p.m. ET on USA Network, and episodes can be streamed on the network website here. 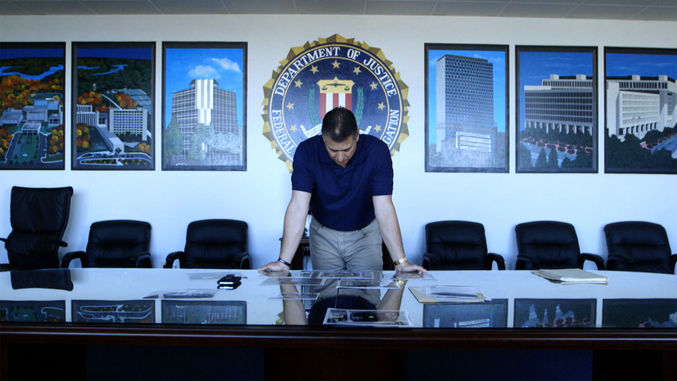