The golden age of the influencer may be over. For those of you unfamiliar with the term “influencer,” a quick explanation: They’re online content creators—a YouTube personality, an Instagram poster, a blogger—whose abilities to eagerly discuss a specific product is perceived as a way to push product sales. Influencers are the aspirational cool kids who dress cuter than you, have better birthday parties for their kids, unbox new stuff before it’s even for sale to the normals, take more awesome backroad adventures, and curate more tasteful homes. And you can buy what they’re selling—thanks to the hashtag naming the brands or the links in the posts.

However, there’s a backlash brewing. Credit the Fyre Festival, a tremendous event-planning debacle that had been heavily promoted by Instagram influencers—none of whom were actually trapped in the Bahamas with neither a festival nor actual accommodations. It ripped the lid off a brewing complaint: People being paid to shill for brands weren’t actually using the products in their everyday lives. Further, they had no incentive to stand by any of their content.

Also, their content is beginning to feel stale. The chief complaint is that people who commodify their personal lives online lose the authenticity that made them appealing and aspirational in the first place. In other words, they’ve sold out.

However, the more damning complaint may come not from the authenticity police but the math nerds: In a recent round-up from brands who have experimented with using influencers to grow market awareness and drive sales, designer handbag company Jemma CEO Joanne Lau said, “I work with a lot of influencers with my brand, and—I think a lot of other people have experienced this, too—we haven’t seen a lot of return on investment.”

So what? It’s an interesting time for advertising. Marketers have discovered that an audience tends to follow content creators from platform to platform. For example, the same people who watch Joanna Gaines put up shiplap on HGTV will buy her Magnolia Journal magazine. However, audiences are also getting highly fragmented. Fortunately for anyone struggling to craft a highly specific yet effective ad campaign, there are metrics to measure how audiences react, revealing what works and what does not.

Metrics also explain the advertising shift away from traditional publisher-style websites and blogs: None of them hold the highly specific data sets that Instagram-owning Facebook does. Facebook is capable of doing incredibly precise audience targeting—thanks to the data it stores on every one of its users. It’s selling custom-made audiences that aren’t available anywhere else. And Google is similarly precise in its ad placement—thanks to all the users who have provided it with a window into their wants via searches, email and other Google services. Online ad sales hit the $60 billion mark last year. It’s no wonder half of that went to Google, another $8 billion went to Facebook, and together, those two companies accounted for 99 percent of the sales growth in Q3 2016.

Who cares? Anyone charged with promoting a brand and anyone who relies on brand partnerships for their household income. The ideal situation is one where a marketer expends minimal resources on a campaign, reaches a wide audience, and moves product. The increasingly fragmented media landscape—to say nothing of audiences that happily self-sort themselves into tiny, highly specific segments—renders the broadcast method of advertising ineffective.

Instead, advertisers will be gauging the effectiveness of their content creators based on how their partnership posts perform. And there are a staggering array of metrics to measure: how many followers an account has; how many impressions or times the post was seen; the times of day posts go up and how that tracks with user engagement like “likes” on a post or comments; what was the extent of the reach or number of unique accounts who saw a post or story; audience gender, age, location, and frequency of visits; how steadily a follower count is growing or shrinking; and whether the audience is becoming more or less engaged over time.

In turn, content creators—influencers—have to decide who they serve. Will they stick with their own “voice” and interests metrics be damned? Or will they read the numbers and react in an effort to move trends one way or another? Balancing the demands of art and commerce is a full-time job. 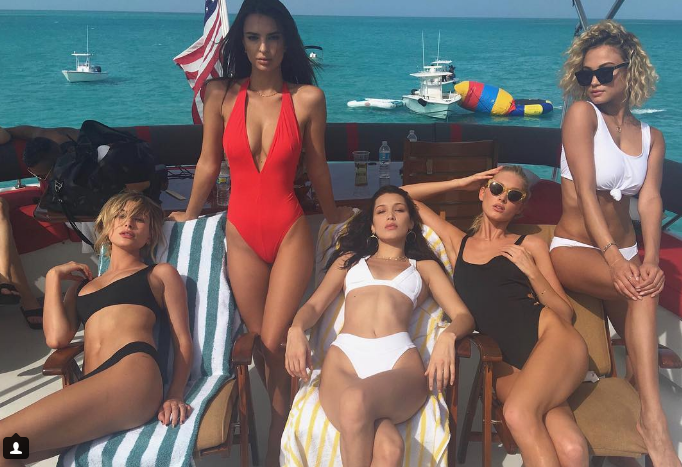