If you’re at a loss of what to give Mom this Mother’s Day, place an emergency order of the Jane Fonda Workout Collection ($35.51) on Amazon Prime. Over glasses of wine, you both can marvel at Jane’s multifaceted career and the poetry of her 1980s lingo. “Think of milking a tall cow,” she once cued in her 1983 Workout Challenge.

I’ve always loved Jane, the Vassar-educated daughter of Hollywood royalty who sashayed her way into my parents’ house in more incarnations than Barbie. Now almost 80, she is still an activist and gifted actress who encourages women to thrive. She expresses herself through her impressive collection of more than 25 exercise videos.

First there was Jane Fonda’s Workout Book (1981), a hardcover that was just as much a memoir as a guidebook with detailed photos and encouraging statements like: “Concentrate on what you are doing. No Distractions. This is your time.” Her vinyl record included hits like “Can You Feel It” by The Jacksons. Later, our new VCR let us view Jane in all of her leg-warmed glory. This 1982 hit became the best-selling video of the era.

Through each successive workout, my brother and I jumped with Jane and Mom. I’m especially partial to Jane Fonda’s New Workout (1985) that takes you through the front door of her studio amid a crowd of Fame-worthy dancers. As a dance student, I treasured her physical grace and was surprised to learn she struggled with poor self-esteem and body image, just like me and every girl I knew.

There was the Lean Routine (1990) that featured rockstar hair and my heroine looking hot in a black lace unitard. As fitness became more science-based, her combinations incorporated weights, steps, yoga and joint-friendly moves that showed her wisdom as an older exerciser.

I recently googled her workouts after finishing the third season of Frankie and Grace on Netflix. Wanting more Fonda, I giggled through clips on YouTube, appreciating how much fitness has changed with her at the forefront. She pulsed a lot in the 1980s, exactly what you’re not supposed to do in a stretch. She also did this horrible “pulling weeds” move that strengthened the biceps by bending forward and yanking the arms in staccato motions. Just witnessing it hurts my back. Later, her regimens became more gentle and choreographically pleasing. Casting was progressive, incorporating pregnant women, people of color and men and females of all ages.

Perhaps more than any exercise personality—including Gilad, Richard Simmons and Kathy Smith—Jane prevailed. On YouTube, notorious for mean comments, the public continues to shower her with adoration. “In 1990, Jane and her aerobic-friends got me through a divorce,” one fan recently wrote. “I was 22 with two little boys and [dealing with] my dad’s death.” In regards to Prime Time: Walkout (2010), a subscriber wrote: “Jane, don’t know if it’s really you who receives theses comments, but thank you. I’m 38 and heading in for my second open heart surgery April 21st. I’m on day #12 of my pre-surgery workout. My goal is simple: one mile a day.”

Wiping tears, I went to bed and dreamed about Jane’s leotards, as cheerful in hue as a spill of prescription pills. I woke up inspired to put more thought into my athleisure. In the early days, she favored balletic styles, stripes and colored tights. During the ‘90s, she ventured into metallics and thongs paired with flesh colored stockings. As an older woman, she preferred understated pants and long-sleeved tops.

When I flipped through her first workout book, which I inherited from my mother, I know why I’ve always been a fan. “I am convinced that we become what we do,” she pontificated back in 1981. “If our work is stimulating and rewarding, if it pushes us to grow in understanding and knowledge, we become more valuable human beings and relish not only our work, but the other facets of our lives.”

So clear a dance space on May 14. Celebrate the decades with the gift of Jane. You can’t go wrong. 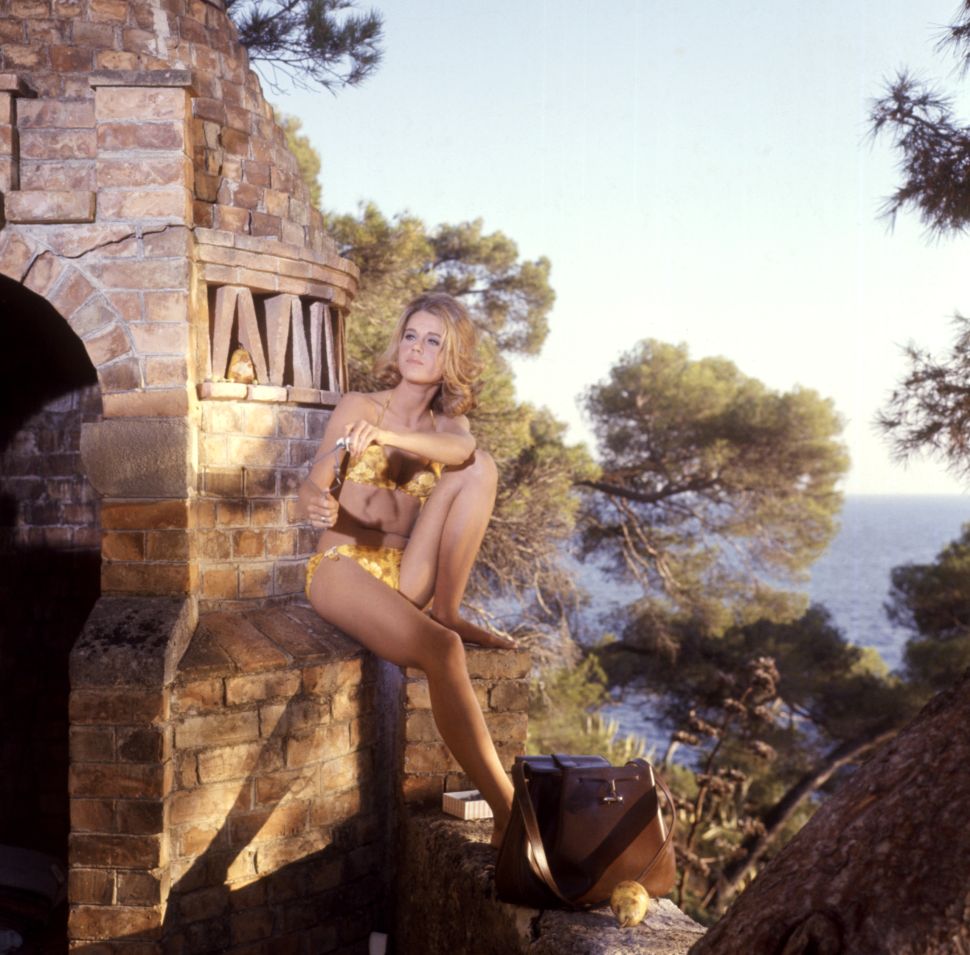