The European Union has committed suicide in the shape of a press leak in a German newspaper over Brexit. The details of last Wednesday’s dinner between President Jean-Claude Juncker and Theresa May exposed why Brussels will be the ultimate loser from Britain’s departure.

Officially, Brussels wants some sort of a deal with Britain—and the British have acted in good faith to seek it. But in reality what they need is money. Juncker himself admitted that the EU cannot continue without major changes to its budget.

This is an understatement: Britain is one of only two major contributors to the bloc. Countries like Poland, Lithuania and even Ireland love the EU because it is in their interests to love it, but this attachment will soon fade when they are presented with the bill for all the infrastructure Brussels builds them.

Juncker won’t agree to the British demand for parallel talks about free trade and the divorce bill, because he doesn’t care about free trade. He doesn’t even care about the $60 billion lump sum he talks about handing London. What Juncker cares about is securing an ongoing payment from British taxpayers so it can be business as usual for his government.

If Mercedes doesn’t sell any cars in Britain as a result of trade tariffs, Juncker will still be fine. He is an unelected dictator of a government with no accountability. It doesn’t matter if his populace suffers as long as he has enough money to buy off the governments of his member states: that is the outcome Juncker needs.

Never was this aloofness more sharply demonstrated than over his refusal to do a quick deal for EU nationals. May wants to announce next month that all Europeans in the U.K. and all Brits in Europe will be given permanent residence in their respective countries. But Juncker said no—not until he gets his money.

May is a wily old fox and has already dropped David Cameron’s commitment to not increase taxes in Britain. She knows she could never give Brussels $60 billion in exchange for some vague promise of goodwill—so instead she is preparing to spend her way out of a recession that would result from getting no EU trade deal.

She’ll put up taxes a bit and devalue the pound. This will give the markets the confidence needed to lend her billions at a low rate. In Keynesian style, she will use to money to push Britain through this economic blip, and things will not hurt in the U.K. as much as Juncker thinks.

In the meantime, trade deals will come into fruition from countries like America, Australia and Canada. If Juncker doesn’t care about Mercedes then perhaps he should ask President Donald Trump how much he’d like Detroit to inherit the lucrative British car market? And what will they say in Napa Valley to dropping the EU’s 70 percent tariff on imported wine?

It doesn’t have to be this way for Europe.

Britain is a rich country with an annual government budget of $1.2 trillion. Paying $6 billion a year for 10 years might be worth a free trade deal—but we are unlikely to find out, given the way Juncker is negotiating.

President Juncker has proven himself to be a busted flush; as long as he’s desperate for money he ensures May holds all the cards. Whatever happens, this whole episode shows how bad the European government really is, and why Britain was right to leave.

As for May, talk of arguments and handbagging over dinner are doing nothing to dent her election pledge to be “strong and stable” in the face of Brussels’ aggression.

She will last another 10 years. How long has Juncker got left? 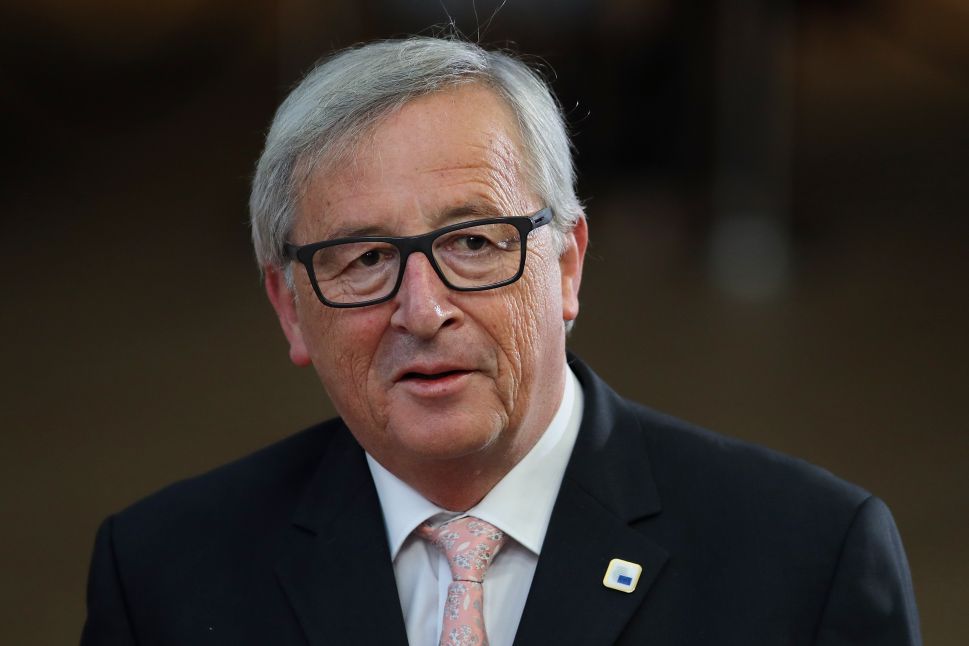