We may finally have the first hard evidence that actor Jesse Tyler Ferguson is, in fact, impressionist artist Vincent van Gogh. What am I saying, that’s crazy talk—van Gogh died in 1890. Nevertheless, a picture posted on the Art Institute of Chicago’s Facebook and Instagram accounts, which appears to show the actor posing in front of a self-portrait by the artist in the museum’s galleries, makes a strong case for Ferguson at least being among those most qualified to play the troubled artist in a biopic if we’re judging by looks alone.

Ferguson, who plays Mitchell Pritchett on ABC’s comedy Modern Family, is recognizable for his red locks and facial hair. Standing next to the artist’s painted headshot, van Gogh’s own unmistakable ginger-hued features make him a dead ringer for the TV star—or is that the other way around? Wait, I’m confused.

Now that artist and filmmaker Julian Schnabel has let out that he’s working on a script for a movie about van Gogh and his relationship with the painter Paul Gauguin, perhaps the chance for Ferguson to don a sun hat, bandage up one ear and play the visionary artist isn’t so out of the question after all. And if Ferguson isn’t up for it, there’s always New York-based actor Robert Reynolds, whose own resemblance to van Gogh was so close that it inspired a viral YouTube series called The Van Gogh Show in 2015.

For now, let’s just all marvel at the beauty of Ferguson having found his long, lost artistic doppelganger. (I’m still searching for mine by the way—taking tips here.)

Actor Jesse Tyler Ferguson (@jessetyler)—best known as Mitchell Pritchett on the show @abcmodernfam—finds his doppelgänger in the Impressionist galleries. 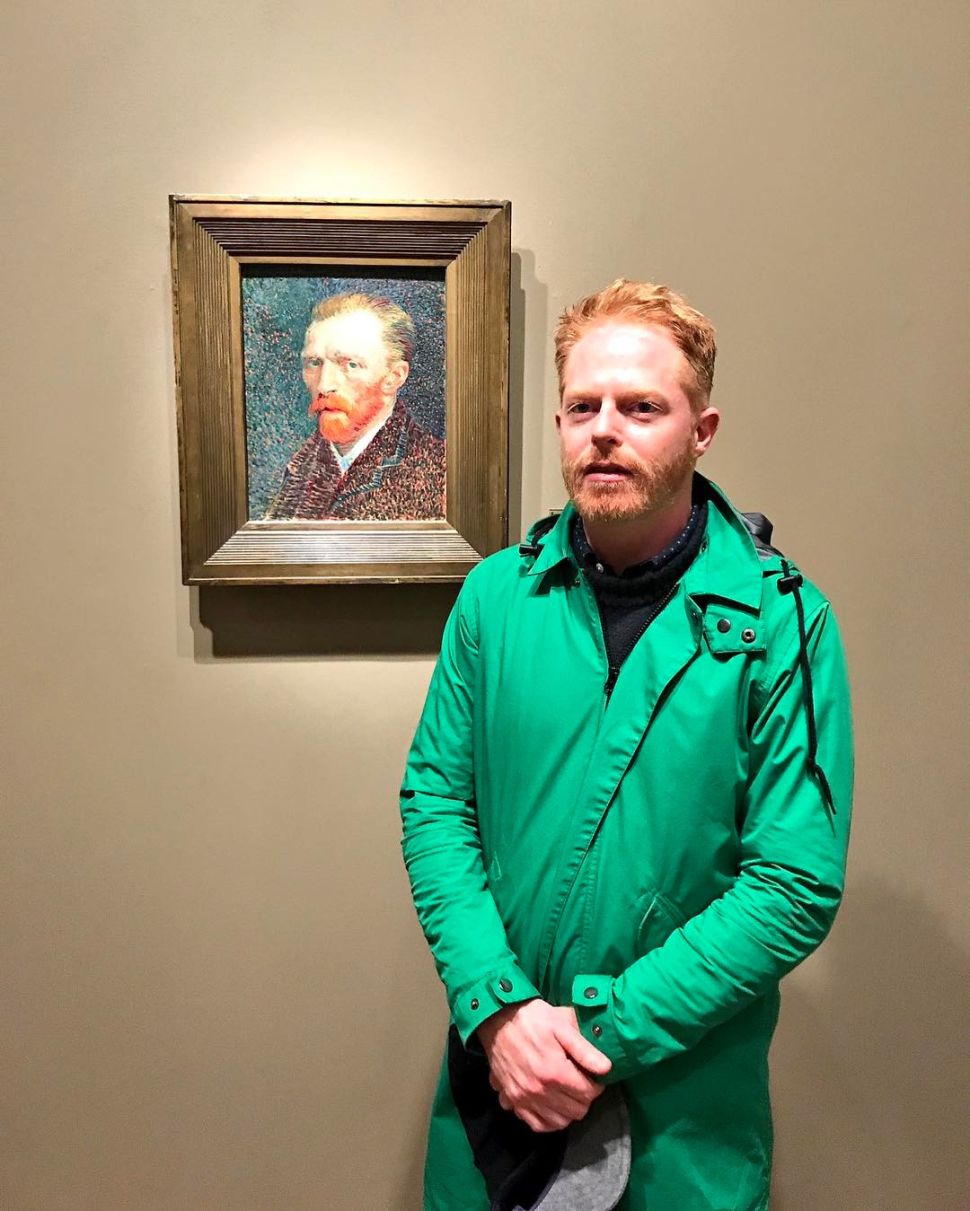