NEWARK — In the waning days of the Democratic primary race for governor, Jim Johnson once again took aim at the front-runner, former U.S. ambassador Phil Murphy, and what he called a corrupt political system in New Jersey.

It has been the defining campaign theme for Johnson, a former white collar criminal defense lawyer who spent years working as a top U.S. Treasury official during President Bill Clinton’s administration. And polls show he has gotten some traction with his running-against-the-machine message and a smattering of TV ads.

But time is running out. The primary is scheduled for Tuesday. And Murphy remains in the lead, with Johnson a distant second in the most recent public polling.

“There is more of everybody else than the insiders,” Johnson told a crowd at a Newark town hall event on Wednesday. “I know that the best answer to organized money is organized people.”

Murphy will have the top ballot position in all 21 counties and has collected endorsements from high-profile figures such as former vice presidents Joe Biden and Al Gore.

“I am running and challenging a system that is designed to sustain itself,” Johnson said. “If it sustains itself, there will be no change. I am asking you, I am imploring you, to join me.”

Murphy has spent over $20 million, as of May 23, on his campaign. It could end up being New Jersey’s most expensive primary ever, according to the Election Law Enforcement Commission. Of that total, Murphy — a former Goldman Sachs executive — has contributed $16.9 million. Rivals charge that Murphy has “bought” New Jersey’s political bosses and “rigged” the election in his favor. Murphy has defended his campaign as a progressive coalition of people hoping to undo the damage done by Gov. Chris Christie.

After repeated calls from Johnson and others to curb spending, Murphy announced that if he makes it to the general election, he will cap his spending at $13.8 million and participate in ELEC’s matching funds program.

Johnson was largely unknown in New Jersey before declaring his candidacy for governor in October. But he was the first candidate to qualify for primary matching funds, has raised the most money among Democrats apart from Murphy, and a Stockton University poll released last week gave Johnson 10 percent among likely primary voters, the second-highest percentage after Murphy’s 34 percent. Johnson said that progress is a testament to his campaign, one that he says has tapped into the pulse of New Jersey residents.

“In New Jersey we have had the same old, same old, generation after generation,” Johnson said. “I am running in a way nobody every has. I do not have the support of the party bosses; somebody else does. I have gone to the people.”

On the issues, however, the two candidates (really, all the Democratic candidates) are largely aligned. They both say they would raise taxes on the wealthy, legalize and tax recreational marijuana, invest in infrastructure, pursue criminal justice reform and repair the ailing pension system for public workers.

When asked by a constituent what made him “better” than other candidates, Johnson cited the ethics and elections changes he is pushing in New Jersey, something he says will get money out of politics. It’s not exactly a recipe for fixing the state’s multibillion-dollar financial troubles.

“I propose ethics reform because we need a government we can trust,” Johnson said. “I am going to be a governor unlike any other governor.” 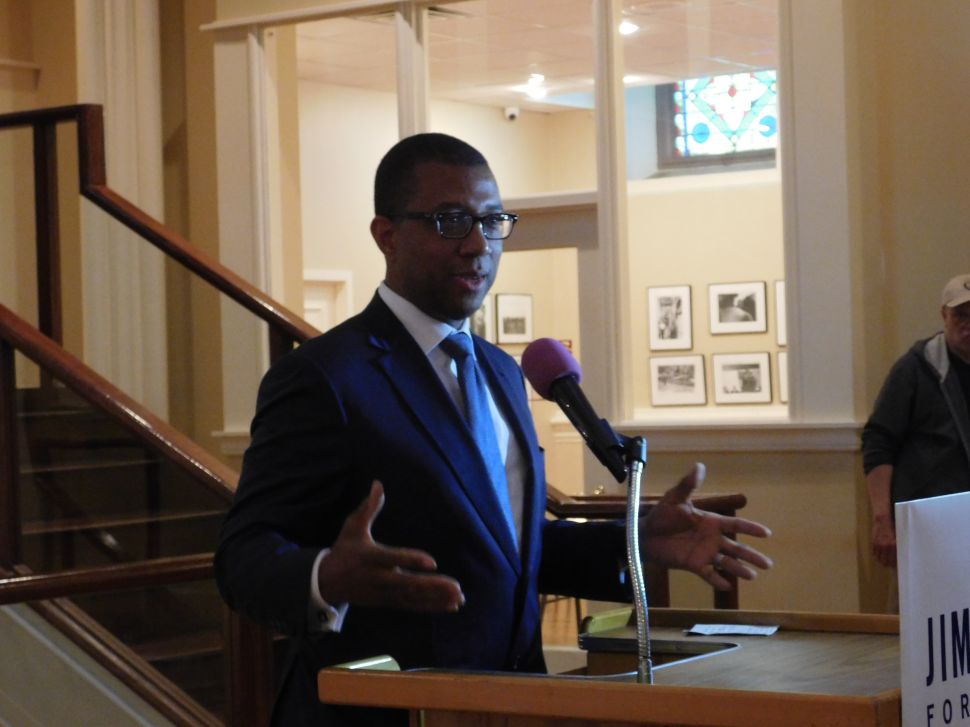