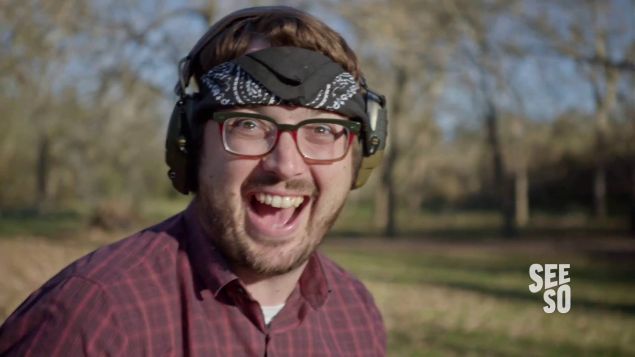 The face of success: Jonah Ray on Hidden America. Seeso

Seeso, NBC’s subscription-based comedy service, has officially hit its awkward adolescence. Despite strong reviews for original series— like Cameron Esposito and Rhea Butler’s Take My Wife, Bajillion Dollar Propertie$, The UCB Show, Shrink and HarmonQuest— as well as their exclusive stand-up specials from the likes of Laurie Kilmartin, Brian Posehn, Jena Friedman, Matt Basser, Sasheer Zemata and Dan Levy, the Seeso brand is currently undergoing some turbulence. Last week, Vulture broke the news that Evan Shapiro, NBC’s EVP of digital content and the kingmaker of Seeso will be exiting the company, leaving the future of Seeso uncertain.

But there’s still hope for the fledgeling Seeso, which was evident last Tuesday for the premiere party for the second season of Jonah Ray’s Hidden America; which is equal parts Parts Unknown and Alan Patridge. It’s opportune timing, not just for Seeso, but for Ray himself: just a few weeks ago, Netflix released the reboot of the cult comedy TV show Mystery Science Theater 3000…with Ray as the program’s new lead and (human) host. I spoke to the actor, comedian and writer about both programs two weeks ago, so, unfortunately, we didn’t discuss the news about the shakeup at the company. But as long as Hidden America is part of their slate, I’m not deleting my Seeso app just yet.

Tell me what made you want to go with a satirical travelogue concept for Hidden America? Were you trying to be a Bizzaro Bourdain?

Jonah Ray: Well, you mentioned Bourdain. As a fan of sketch comedy, I’ve always wanted to find away to not just be presenting one sketch after another. I always liked the ways Mr. Show, Monty Python and SCTV were almost able to weave around what seemed like a narrative but was essentially a sketch show. It just seemed ripe for it; to do an over-all parody but have it be a sketch show as well.

Portlandia did it really well, for example.

Now, I REALLY don’t know that much about the inner workings of sketch or improv comedy groups, but would you consider something like Hidden America—long-form, the jokes revolving around the original concept—is that what people call a Harold sketch?

For me, it was less about finding a Harold and more about a straight man wandering through a landscape of characters and sketches.

Hope this doesn’t sound like too rude of a question but….where did you come from? I swear to God, in under a month I went from not knowing who you were at all to seeing your name everywhere.

I moved to Los Angeles from Hawaii in 2001, then I started doing comedy out here in 2002. Open mics, a few years ago, the Live at Gotham show on Comedy Central. From that, I went on to do an album with AST Records, it was on of their first releases. And now I’m just popping around; like writing and getting little acting gigs here and there. I wrote for Human Giant. I wrote for The Andy Milonakis Show. I’ve been working a long time.

It’s funny, all that stuff is really relative. I was reading an interview with Bob Odenkirk where he was talking to somebody when he was on Breaking Bad, and somebody said “Where did you come from? Have you acted before?”

I don’t expect ANYONE to know who I am, but it’s all relative. There’s a funny thing that happens in this business, where you’ll say “Oh, I work on this show…”—you know, I worked on a lot of tertiary cable shows on networks nobody knew about—and people would always apologize and say “Sorry, I’ve never heard of it.” Well, it doesn’t make the checks they gave me any less real.

I did three seasons of The Meltdown Show with Kumail Numjami, which helped a lot, I think.

I have to say, I wasn’t that excited for a new Mystery Science Theater 3000. I was that asshole, who just had such strong positive memories from my childhood about the show that I didn’t think anything could live up to it. But then….whoa boy! The show was so good! How did you get involved with the project?

Look, I was a big, BIG fan of the show growing up as well. I had a couple Crow and Servo shirts. When I first started doing comedy, my first meeting with a management company—I think it was sometime in 2003—they asked what kind of show I would want to do. And my response was “Well, I think we should bring back Mystery Science Theater 3000, and I think I should be the main guy.”

They laughed at me. They said it was ridiculous. Little did they know, nostalgia would become BIG BUCKS in the future. But they were right to laugh…that was a different time.

I ended up meeting Joel (Hodgson, the creator and first star of MST3K) while I was doing a podcast with my friends, Chris Hardwick and Matt Mira, called The Nerdist. We’d been doing it for three years about, by the time Joel came on. I was very excited, because I LOVE Joel, and we ended up really hitting it off on the podcast. I ended up running into him the next night, just randomly, at this art show. And the night after THAT, I was getting dinner across the street from Meltdown, so I swung by Harmontown (the podcast) and Joel was there.

[laughs] Well, the art show was the on the East side. It was just random, and about a week later, he started calling me and we started chatting and becoming friends. Eventually, he just asked if I wanted to be the guy.

This is like a fairytale! You have to understand, my first screensaver growing up was Tor.

That’s great! I actually had a screensaver from Mystery Science Theater 3000: The Movie. It had images from the film, and little sound bites that would pop up.

I had a poster from that film! Wow, we both love Mystery Science Theater 3000! And again, not to be weird about it, but between MST3K and the premiere of the second season of Hidden America, people NOT deeply versed in the LA comedy/podcast scene are probably going “Wait, Jonah WHO?” But hey, you made it!

Ha, thanks! Yeah, it took only, let’s see…15 years to become an overnight success. It’s funny that everything collided at the same time. Last year was really crazy because I went from editing the first season of Hidden America to writing Mystery Science Theater, to writing the second season of Hidden America, then stopping that to shoot the first season of Mystery Science Theater. So…yeah, really busy!

You know, it was DIFFICULT to have a good year last year!

Why did you go with Seeso?

They got it immediately. They really understand: they have this vast library of stuff from England, and I’ve always been a huge British comedy fan. Especially of the character Alan Partridge, the way Steve Coogan does it. There’s a little bit of inspiration from his Welcome to the Places of My Life special in Hidden America. So when Seeso came around and said, “We have all of the Alan Partridge stuff; we have Garth Marenghi’s Darkplace, we have Nathan Barley (created by Black Mirror‘s Charlie Brooker)…” I was sold.

Seeso really killed it on original programming. Flowers is a great British comedy they commissioned.

I LOVE that show! I watched that whole first season and become friends with (creator) Will Sharpe and his girlfriend Soph, who is also in Flowers. And that show…Olivia Coleman is great, Julian Barratt is of course amazing. And when I became friends with Will and his girlfriend, who plays the sister on the show, and I put them in Hidden America. They’re in this season’s finale.

But yeah… Seeso just got it. It didn’t need to be over-explained, they just understood the parody and the style. That counts for everything. 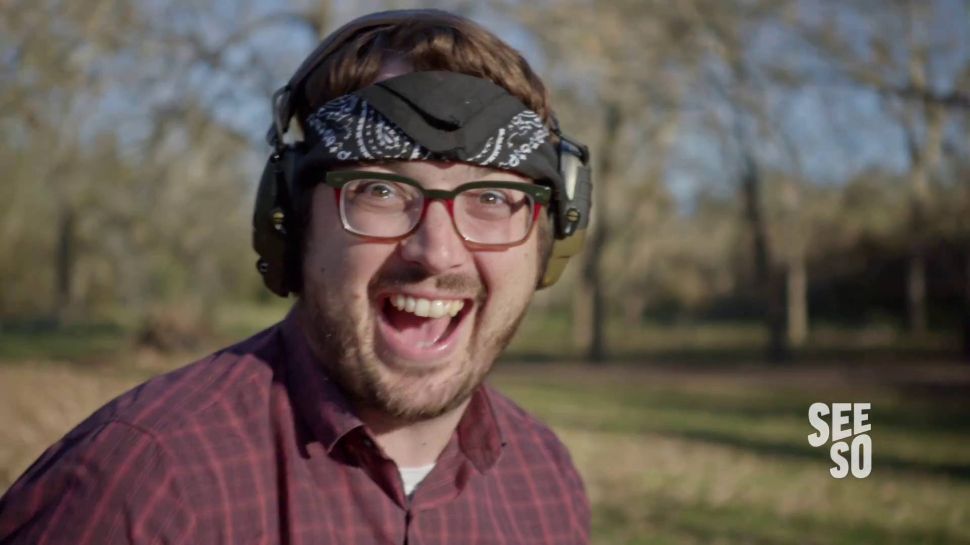