Apparently scientific “consensus” isn’t what it’s cracked up to be. First we hear that, contrary to global-warming theory, life on Earth may end because of too little CO2. Now we learn that the accepted “science” on salt may be all wrong, with studies showing it doesn’t have the effects on fluid retention previously thought and that it may help you lose weight.

“The research, published recently in two dense papers in The Journal of Clinical Investigation, contradicts much of the conventional wisdom about how the body handles salt and suggests that high levels may play a role in weight loss,” the Times continues.

In a nutshell, cosmonauts ingesting more salt did urinate more but actually drank less over the long term. Somehow, their bodies were generating . How?

“The crew members were increasing production of glucocorticoid hormones, which influence both metabolism and immune function,” the Times informs. This caused their bodies to break down muscle and fat, freeing up in the process. This is precisely what happens when your body enters starvation mode.

This activity also requires a lot of energy, thus burning calories, which accounts for the cosmonauts’ increased hunger. As indicated earlier, these findings were borne out through a study of mice as well.

One question remaining is, if the above is true: why do close encounters with copious amounts of salt make us so thirsty? Dr. Mark Zeidel, a nephrologist at Harvard Medical School, explains that “people and animals get thirsty because salt-detecting neurons in the mouth stimulate an urge to drink. This kind of ‘thirst’ may have nothing to do with the body’s actual need for ,” the Times relates.

This doesn’t mean you should mainline salt to lose weight, as you’d have to resist the attendant desire to eat more, says kidney specialist Dr. Jens Titze, the driving force behind these new findings. Most researchers also still maintain that higher salt consumption can raise certain individuals’ blood pressure. Nonetheless, as Harvard Medical School assistant professor Melanie Hoenig admitted, the new research “suggests that we really do not understand the effect of sodium chloride on the body.”

It also reflects how nutritional doctrine changes like the weather and, speaking of which, illustrates the folly of citing “settled science.”

I’ve long been a “saltaholic”—happily. A pile of salt resides on my dinner plate for dipping, I still buy that passé food called belly lox (like Nova Scotia salmon, but cured in salt), and my blood pressure is fine. Not that my diet is all bad: I don’t salt my ice cream, chocolate cake or hard candy.

But I never believed salt was bad—at least not as bad as diet advice’s track record. One moment we hear that eggs are as harmful as cigarettes (which, they now say, increase work capacity and improve concentration), and a moment later they’re good for you. First coffee is poison; now it supposedly reduces your chances of getting liver cancer, Parkinson’s, Type II diabetes, a stroke and cirrhosis. (So finally there’s good reason to follow your fifth of vodka with a pot of joe.)

Then, I never could see drinking eight, eight-ounce glasses of a day, as the old prescription goes. I wasn’t going to insert an IV or engage in regimented imbibition and make a personal porta-potty standard equipment. No worries, though: I read that since the prescription didn’t consider we derive from our foods, well, forget all that.

In fact, I had a great friend who, diligent about hydration, drank like a fish (along with limiting his salt intake). He started experiencing the occasional seizure, which we later theorized was due to severely diluting the salt in his blood, a condition known as hyponatremia.

We’ve also been told to be rail thin for longevity, with a study showing that mice tortured with a low-calorie diet lived longer than fat, over-indulged mice (maybe, but the fat mouse died a happy mouse). Then more recent research showed that if you’re a man and not a mouse, you’ll live longer when somewhat overweight.

None of this is as bad as when, in the early 1900s, consensus held that radiation was good for you. People bought radon , radium candy and pendants, uranium blankets, thorium-laced medication and, covering both ends of the alimentary canal, radioactive toothpaste and suppositories (yikes!).

It was no joke, though. Consider the young WWI-era women hired to apply radium paint the faces of luminous watches, popular among soldiers at the time. Told the formulation was harmless, they’d continually lick their brushes to create a fine point and suffered severe poisoning. Their bones became so degraded their spines might collapse; in one case, a dentist was pulling a woman’s tooth and her whole lower jaw came out.

Of course, that radium is natural brings us to food for thought: The natural-artificial distinction can be deceptive—especially since it is in a way a false distinction. Since matter is neither created nor destroyed, as the Law of Conservation of Mass informs, man can’t create anything. All we do is take what’s found on Earth and combine it in unique ways. In this sense, everything is natural.

So how can we negotiate dietary minefields? In accordance with the toxicological principle “The dose makes the poison” ( is toxic and arsenic safe at certain levels), it’s hard to go wrong hewing to the adage “Everything in moderation.” Heck, some scientists now even believe that low doses of radiation are beneficial.

As for me, I’ll get my radiation from the TV—but pass the popcorn and salt. 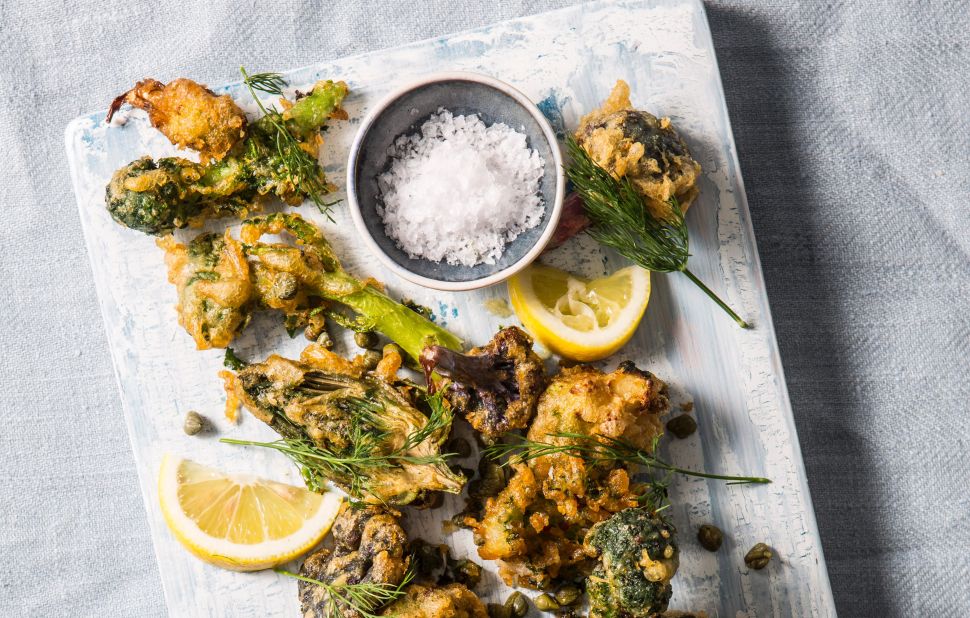