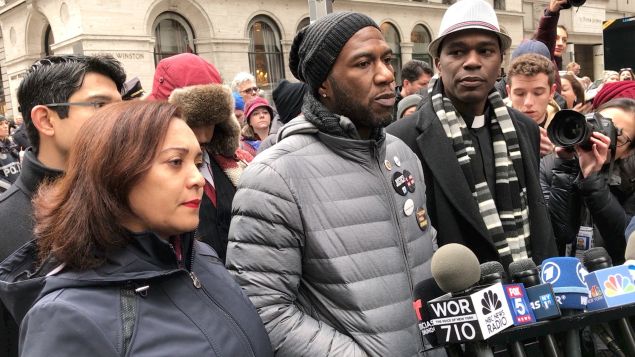 Brooklyn Councilman Jumaane Williams said that President Donald Trump has created a “culture of fear and intimidation,” but asserted to a crowd Tuesday night that both Democrats and Republicans are also responsible for some of the city and the country’s current issues.

Williams, who backed Vermont Sen. Bernie Sanders in the New York Democratic presidential primary, said in his State of the District address at  Andries Hudde Junior High School in Brooklyn that hist constituents “have been tackling for a while” issues of gun violence, police misconduct and high housing costs. All of these, he noted, have been around longer than Trump’s two so-far blocked executive orders barring entry to people from several majority-Muslim countries, another enjoined edict seeking to withhold federal funding for so-called “sanctuary cities” for immigrants and a plan to build a wall along the Mexican border.

“Balancing the need for safer streets with fair policing, attacking gun violence’s root causes, advocating for more affordable housing and now an increase in the culture of fear and intimidation because of Trump’s presidency,” Williams said. “But I wanna be clear: we didn’t get here because of Trump. All these things were happening long before Trump.”

He said that both Republicans and Democrats have contributed to the problems, specifically taking a jab at his own party.

“Republicans and Democrats are like, ‘He gonna make it worse,’ but we need to make sure we hold people responsible,” he said. “As a matter of fact, most of the places we have a lot of issues, the Democrats are the ones who made the decisions. That’s also another speech.”

Ahead of the presidential election, Williams, one of the City Council’s most left-wing members on economic and racial issues, lamented that “we expected a lot more” from both then President Barack Obama and Mayor Bill de Blasio.

Williams said that he partnered with the New York Immigration Coalition and another group to host “Know Your Rights” town halls in response to Trump’s immigration policies. He also said that he has advocated for extending Temporary Protected Status—which grants deportation immunity and work authorization to arrivals from nations enduring an armed conflict or natural disaster—for 50,000 Haitians living in the United States.

Williams said that his record at the city level has included pushing for passage of the Right to Know Act—which require police officers to identify themselves when stopping an individual without a warrant, and to get consent when searching people without probable cause—the Fair Chance Act, which limits unlawful discrimination based on an applicant’s criminal background; preventing rent increases for rent-stabilized tenants; and the Construction Safety Act, a package of worksite safety bills.

He told the crowd that the policies that he has introduced and supported protect all New Yorkers “from the threats of Trump America” and addressed the inequities in the criminal justice system.

He took a jab at Trump’s “Make America Great Again” slogan, noting that it simply seeks to bring the country back to an era “where bigotry and racism” where openly expressed and acted upon. But he said that that has always been in the country’s nature.

“Let’s be honest, so many are pushing back against Trump’s version of America, claiming that this is not who we are,” he said. “I say that’s a lie. Unfortunately, this is who we are, this is who America is. The proof is in the history books. The rhetoric has always been there.”

Still, he said that he is hopeful that he and others can get the country on the right track, noting that this is not what America “is supposed to be” but rather what it “purports itself to be.”

“I’m very proud that many of us in the room have been the ones pushing to help America live up to those ideals,” he added. “So now we’re facing a challenge in America to live up to its own ideal of equality and inclusion. With all that said, I’m not deterred by those realities. Instead, I’m inspired. Instead, I’m invigorated.” 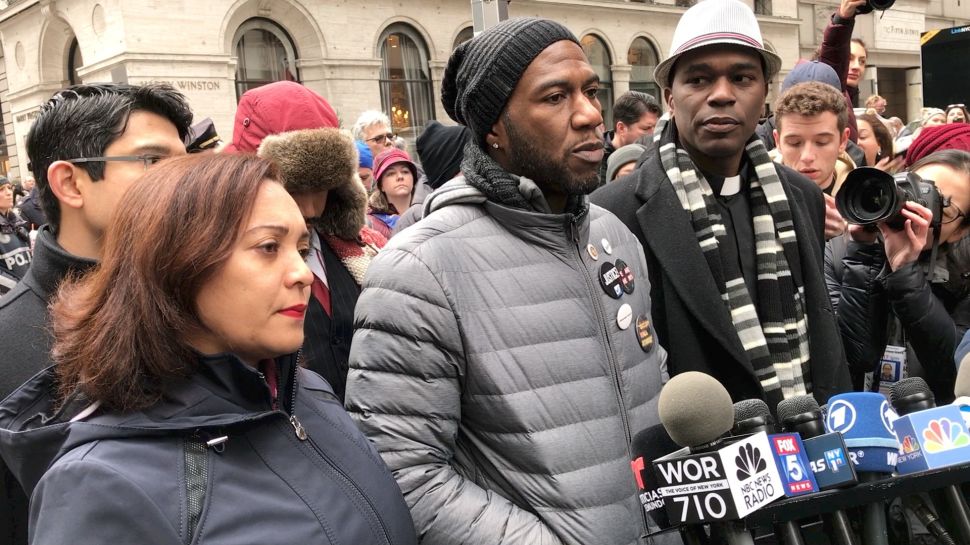