The first NASA mission to get a closer look at Jupiter just revealed the planet looks drastically different than researchers thought.

NASA’s Juno spacecraft launched in August 2011, took five years to reach Jupiter and has been orbiting around the gas giant gathering data ever since. While it was believed Jupiter was uniform inside and relatively boring, it turns out the solar system’s largest planet is actually extremely complex.

“We knew, going in, that Jupiter would throw us some curves,” Scott Bolton, Juno principal investigator from the Southwest Research Institute in San Antonio, said in a NASA press release. “But now that we are here we are finding that Jupiter can throw the heat, as well as knuckleballs and sliders. There is so much going on here that we didn’t expect that we have had to take a step back and begin to rethink of this as a whole new Jupiter.”

The Juno probe was able to see Jupiter from its poles, which revealed a very different picture of the planet than was possible with our usual view. It was discovered that Jupiter’s poles are covered in Earth-sized swirling storms that are densely clustered and rubbing together.

“We’re puzzled as to how they could be formed, how stable the configuration is, and why Jupiter’s north pole doesn’t look like the south pole,” Bolton said. “We’re questioning whether this is a dynamic system, and are we seeing just one stage, and over the next year, we’re going to watch it disappear, or is this a stable configuration and these storms are circulating around one another?”

Juno’s Microwave Radiometer—which samples the thermal microwave radiation from Jupiter’s atmosphere—also indicated that the planet’s iconic belts and zones are quite mysterious. The belt near the equator penetrates all the way down while the belts and zones at other latitudes seem to evolve to other structures.

Another surprise is just how strong Jupiter’s magnetic field is. Prior to the Juno mission, it was known the planet had the most intense magnetic field in the solar system, but measurements reveal it’s even stronger than models expected, as well as more irregular in shape.

“Every 53 days, we go screaming by Jupiter, get doused by a fire hose of Jovian science, and there is always something new,” Bolton said.

During the next flyby on July 11, the Juno probe will fly directly over one of the most iconic features in the entire solar system—Jupiter’s Great Red Spot. 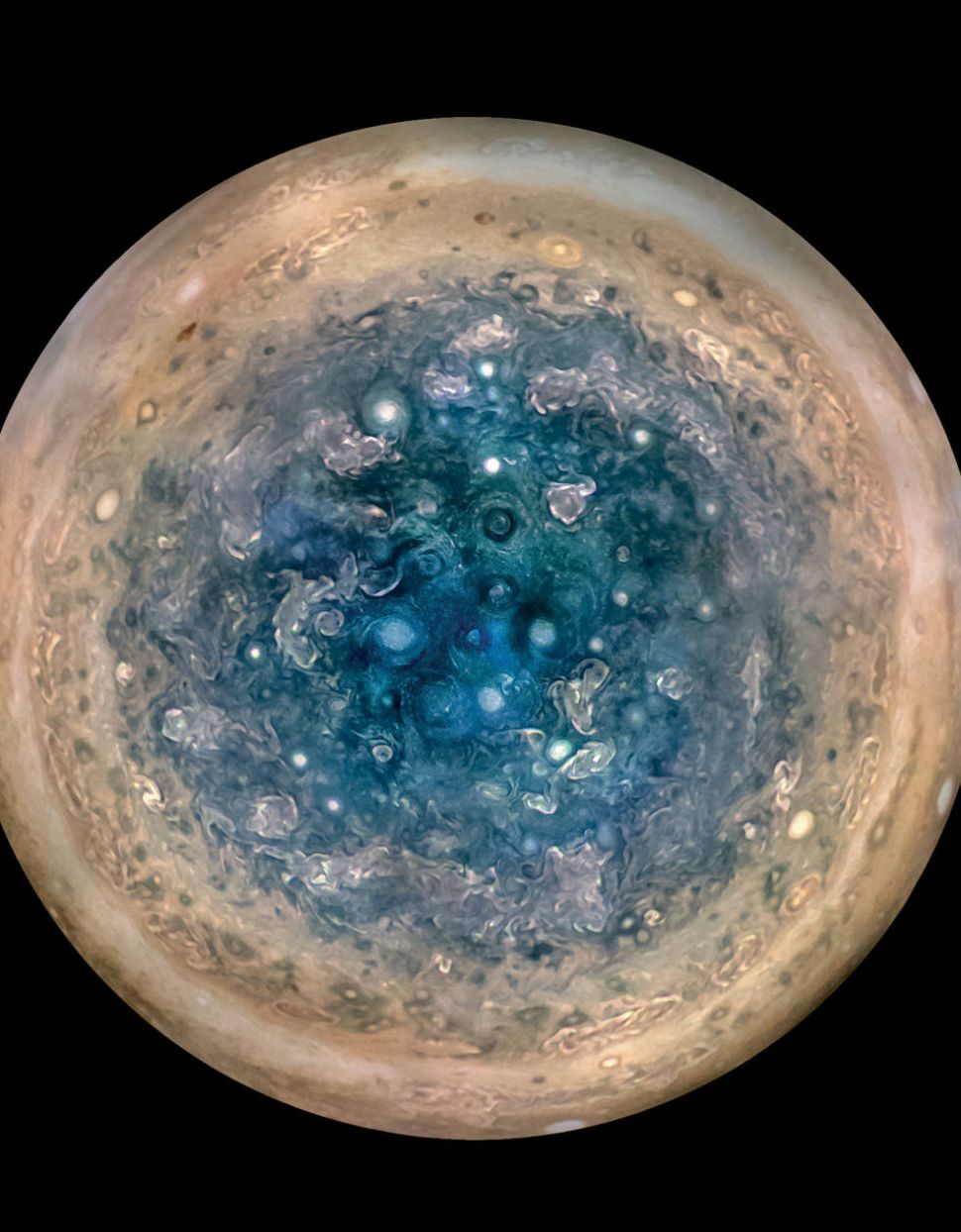