Lady Justice is a seductress like no other. She lures all comers to her cause in so many different ways and, like a Siren, voyagers are dashed on rocks just as they draw close. No other profession can be approached in such a creative manner, welcoming wordsmiths and scientists alike, and reaching the extremes of emotion on a purely intellectual level. The humble jurist is often placed in a privileged position, paid to ensure that calumnies such as the judicial sleight of hand wrought on Shylock will never be repeated.

The variegated specializations, concentrations and causes célèbres is truly astounding. Some have mastered the intricacies of franchise operations, others vigorously pursue land rights for indigenous tribes. While there are certain issues which will only affect those with a very narrow fact pattern, every now and then our arguments set the policy for entire nations. However, there comes a case in every lawyer’s life where he must step back, look at the case objectively, and ask himself, “How is this making the world a better place?”

Enter the denouement of the biblical “eye for an eye” valuation of a pound of flesh—or, in this case, a Duchess’ Boob, which the Royal Family estimate are worth $1.6 million (€1.5 million) for the pair.

The Tribunal de Grande Instance de Nanterre has been weighing the grave and weighty criminal charges, which include invasion of privacy. Six people have been made to stand trial—three of them photographers—concerning the publication of bikini-clad and topless photos of Kate Middleton, Prince William’s wife, back in 2012 by Closer magazine. The Royal couple were staying at the estate of the Queen’s nephew, Viscount Linley, who had informed them that the 640-acre Chateau d’Autet was completely secluded.

Many have wondered (not on this side of the pond) whether photographs taken on a public road, half a mile from the property where the young Duchess stayed, using a high-powered lens, should attract civil or criminal liability. It certainly would not in the U.S.—especially not for a member of the press. But France has a different appreciation of privacy—especially when the Royal Family repeatedly invoke the memory of Princess Diana, the paparazzi’s Achilles heel. However, the privacy debate is better preserved for another other cases, with wider ranging effects for the man on the street.

Of more interest is how the Royal’s lawyer, Jean Veil, came up with his valuation of the Royal Chest in a country where female nudity has never been deemed taboo. French films and regular magazines, a godsend (and in my case a commodity for which I was punished) to adolescent boys in British schools, are replete with naked photos to the extent that it could be properly reasoned French culture would not consider a breast as private. The culture clash is immediately apparent if one has ever holidayed in Europe; the tourist of the Anglo-Saxons stand out for the fact that they are the only ones wearing swimwear in co-ed spas. The British have a completely different set of mores: in France, for a politician to have a mistress is de rigeur, in England the public is only outraged if the extramarital affair is with a person of the opposite sex.

Had such a claim been brought in the United States, we would see dueling experts on damages, fighting to substantiate this Dr. Evil number. The examination practically writes itself with questions such as “Did the Duchess ever intend to monetize her breasts? … Is your calculation weight based?… You say that $750,000 per breast, but what about side boob?… What are your sources, the Hulk Hogan case?” Not so in France, where, despite abolishing its own monarchy in 1792, the French Court has trod very gently by even entertaining that a title of nobility from a foreign nation should affect how damages be calculated in Europe. Surely, the principle of egalité should treat the Duchess as if she were any other citizen living in France. Apply a calculation accordingly and award nothing.

Closer’s lawyer, Paul-Albert Iweins, rightly criticized an “Anglo-Saxon reasoning of damages and interest,” which would dwarf any other penalty for breach of privacy. However, the Court may use this case as an opportunity to assuage collective French guilt over the death of Diana on their shores, by awarding unprecedented sums to a couple who already live off the British taxpayer and holiday in chateaus for free. If that happens, when verdict is expected on July 4, Lady Justice may decide to take off more than her blindfold. 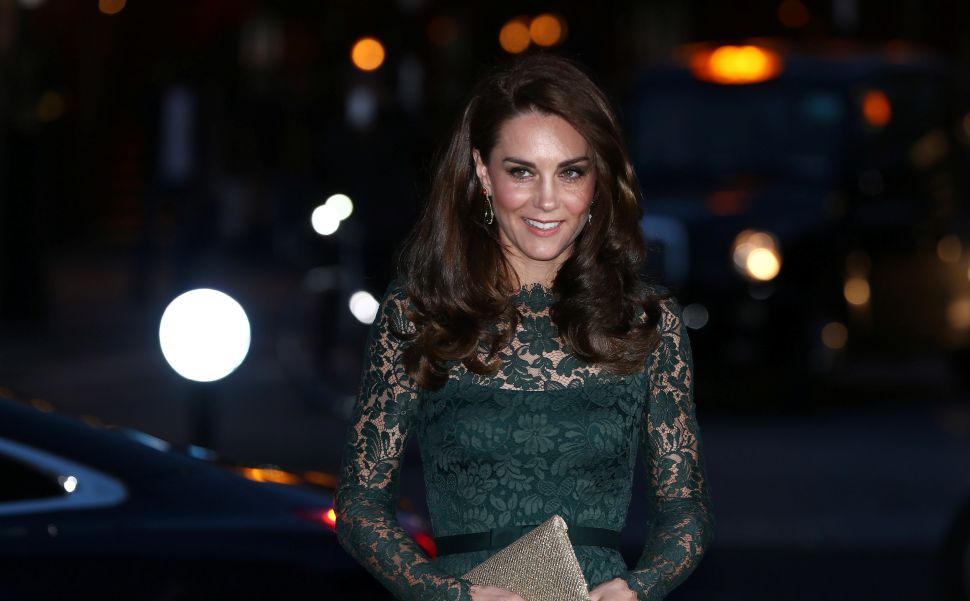