Was she wrong to pose for a photo with an object designed to look like the severed head of Donald Trump? Sure she was. It was a tasteless thing to do, beyond the bounds of acceptable behavior.

You know what else is tasteless and out of bounds? How about a Republican Congressional candidate (now Montana Congressman Greg Gianforte) being charged with battery against a reporter who had the temerity to ask him a question? Or a Republican governor (Greg Abbott of Texas) joking about shooting reporters?

Or, for a more direct comparison, what about has-been rocker Ted Nugent suggesting a little over a year ago that then-President Barack Obama ought to find himself on the business end of a noose?

Where is all the outrage when conservatives misbehave? Why is all the tut-tutting and pearl-clutching reserved only for liberals who go beyond what should be the accepted limits of political discourse?

And why does one side get to behave boorishly and face no accountability for it, but the other side gets castigated—even by its own supporters!—when it steps out of line? On Tuesday, the Twitterverse was full of liberals informing Griffin she had gone too far. Contrast this with the numerous interviews of Montana Republican voters, the day after Gianforte allegedly physically attacked reporter Ben Jacobs, who told reporters they were sticking with him despite his actions the previous night.

This column is not a defense of Kathy Griffin, but rather an attack on the pervasive double standard that expects—and accepts—the worst from conservatives, but demands loftier behavior from liberals.

And then, when the transgressing liberal, shamed from all sides, backs down, the left loses again. See, when conservatives do these things, they generally stand their ground. (When was the last time conservative performance artist Ann Coulter, for example, apologized for saying or doing something hateful?) But when a liberal does it and then inevitably apologizes, the right cackles with glee and triumph. To quote one tweet that appeared on Twitter shortly after Griffin posted her abject apology: “When we get loud, the left cowers.”

It’s true. So now, not only does this stunt make the left look crass and tasteless (which thus far has not prevented Republicans from winning elections), but it also reinforces the widely accepted theme that the left is weak. And weakness is not a good look to an electorate that too often mistakes bullying for strength. (Case in point: nearly 63 million Americans voted for Donald Trump.) In American politics, you are likelier to be rewarded for being wrong and strong than you are for being right and weak.

It’s a bad idea and exceedingly crass to even joke about committing violence against your political opponents. Nobody ought to do it, and it’s long past time that conservatives stop accepting and rewarding such behavior from fellow conservatives.

But it’s also long past time that liberals stop apologizing for behavior that their conservative opponents engage in and get away with every day. Griffin made a mistake, and then she compounded it by backing away from it. She blew it when she did the photo shoot, and then she blew it again when she folded like a lawn chair and reinforced the trope of liberals being weak.

And it doesn’t matter, in this case, that Griffin is not a politician. Any celebrity on the left who uses her platform to speak on political issues is going to be viewed as the face of progressives. When celebrities take on that mantle, they have an inherent obligation to think in strategic terms, because they are not just speaking for themselves.

So if you’re looking for attention and you want to make a splash, you damn well better be prepared to get soaked.

If you can’t accept that, stay out of the pool. 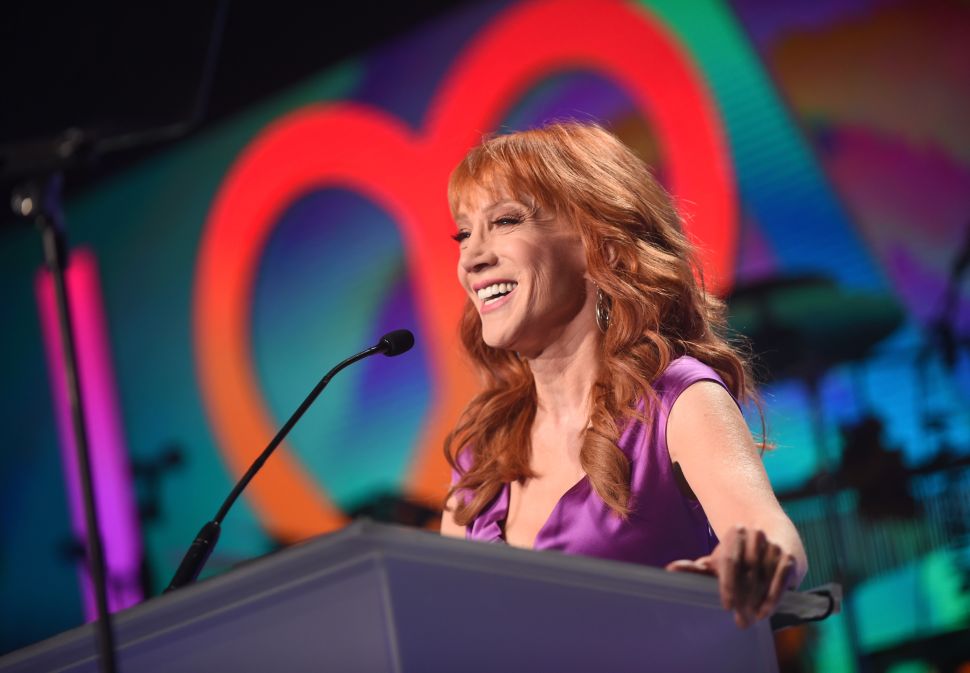