The Democratic National Committee waded into the bitter fray between clashing factions of the party in the State Senate—demanding that nine members currently cooperating with the Republicans form a majority with the larger 23-seat caucus.

Minnesota Congressman Keith Ellison, the party’s deputy chairman, joined with New York’s two vice-chairs—Bronx Assemblyman Michael Blake and Queens Congresswoman Grace Meng—in calling on Brooklyn State Senator Simcha Felder and the eight members of the Independent Democratic Conference to abandon their alliance with the Republicans. They noted that, with the election of Brian Benjamin in Harlem’s State Senate district last night, the Democrats enjoy a one-seat numerical advantage in the 63-member body.

Should Democrats gain control of the upper chamber of the State Legislature, New York would be just the seventh state nationwide with a unified blue government.

“The Democratic Party must unite in New York and elsewhere,” said Ellison in a statement. “Americans are seeing threats to their healthcare, fair wages and access to the ballot box. If this assault is going to be stopped, Democrats must come together and fight for working people together.”

Ellison, who recently caught flak from liberals for taking a photograph with IDC State Senator Marisol Alcantara, added that he is “willing to do whatever might be helpful” in uniting the splintered Democratic sects.

Felder, who runs on both the GOP and Democratic lines, has sat with the Republicans since his 2012 election—and provided the margin of their majority for much of this year. The IDC, led by Bronx State Senator Jeffrey Klein, is a wholly separate caucus that has maintained a power-sharing arrangement with the GOP since 2012.

Klein’s turncoat coterie has insisted that their relationship with Republicans has enabled the passage of liberal measures—including paid family leave, a minimum wage hike, laws barring the prosecution of minors as adults for certain nonviolent offenses and the creation fund for the legal defense of undocumented immigrants.

But Blake echoed the larger State Senate Democratic conference’s assertions that these statutes come out badly diluted because of Republican influence. He blamed the IDC-GOP accord for the lack of a vote on the DREAM Act, which would grant undocumented immigrants access to state tuition assistance, this legislative session.

“I’m sure that most New Yorkers in districts represented by IDC members did not vote for a Democrat only to have them align with Republicans and their values,” he said. “It is time for Simcha Felder and the IDC to come home.”

Meng offered a milder comment, only asking that “all Democratic senators should work together to achieve a strong State Senate majority.” The relationship between the mainline caucus and the splinter cells has grown increasingly acrimonious, as the larger group has vowed to unseat the defectors.

Felder did not immediately respond to requests for comment. The IDC noted that there are a number of right-leaning members of the larger Democratic caucus who would likely vote against the DREAM Act and other liberal measures if they came to the State Senate floor—and challenged their fellow partisans to “call the role.”

“Thirty-two is not a magic number unless there are 32 Democrats who are ready to stand up and unite on policies that combat Donald Trump,” said spokeswoman Candice Giove. “Until we achieve unity and stand up for women, immigrants, and the most vulnerable New Yorkers, all talk about a majority is nothing more than meaningless rhetoric on the part of failed leadership.” 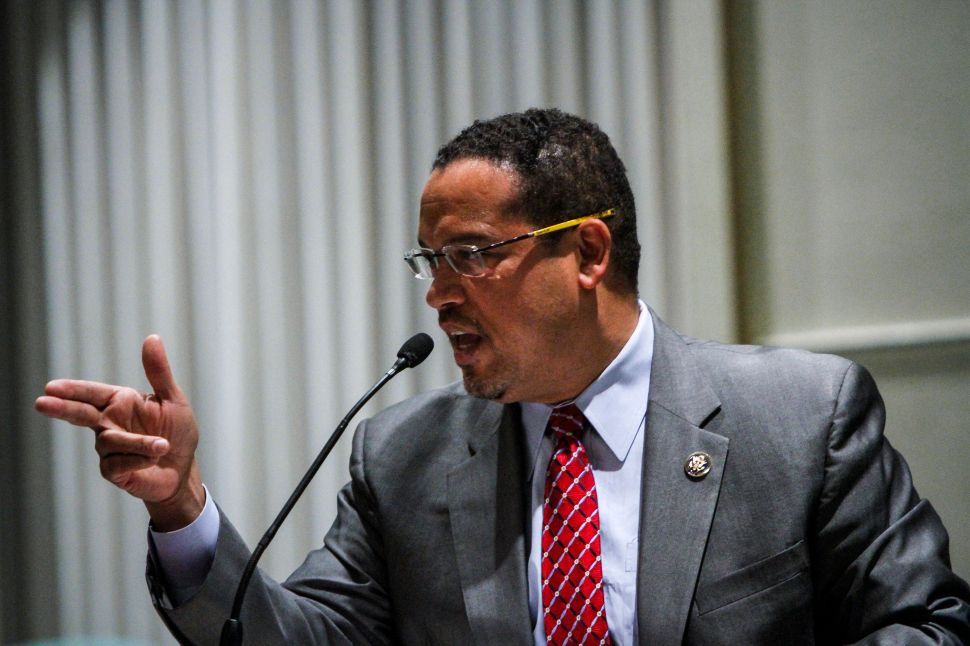