Several discrepancies arose during the convention and the vote. Protesters with the National Nurses United were told to “shut the f**k up” by California Democratic Party Chair John Burton, who stepped down from his position this year, and DNC Chair Tom Perez’s convention speech was met with boos. During the chair election, several in attendance alleged that delegate credentials were not properly authenticated and the vote itself lacked the transparency necessary to ensure a fair and free election.

In response to these events, Kimberly Ellis issued a formal challenge of the election results on May 30.

“One of of the things I’ve talked about this entire campaign is getting this party back to basics, which means being a party that is truthful, that is democratic, doesn’t just talk about its values, but lives its values,” Ellis said during an address to supporters on May 21 announcing her intent to review the votes and insisting Bauman and his campaign recuse themselves from the proceedings. “One of the things this party cannot be is just like Trump and the Republicans. A party that operates in closed rooms, smoked filled rooms behind curtains in secrecy and shadows. It is time for this party to be a transparent party, so I have asked for an audit of the votes.”

It’s unclear what the result of Ellis’ challenge will be. Bauman has already begun hiring staff as he assumes the position of chair of the California Democratic Party. Bauman’s recent record as a corporate lobbyist for pharmaceutical companies irked progressives during the race; he made over $100,000 in 2016 lobbying against a proposition to reduce pharmaceutical drug prices in California. Additionally, he recently hired health insurance operative and anti-labor political consultant Steve Maviglio as director of the California Democratic Party.

The Los Angeles Times reported on the news that Ellis issued a formal challenge of the election: “The party’s compliance review commission, made up of six members who were appointed during former chairman John Burton’s tenure, will review the evidence and take oral or written testimony before issuing a ruling in mid- to late June.” 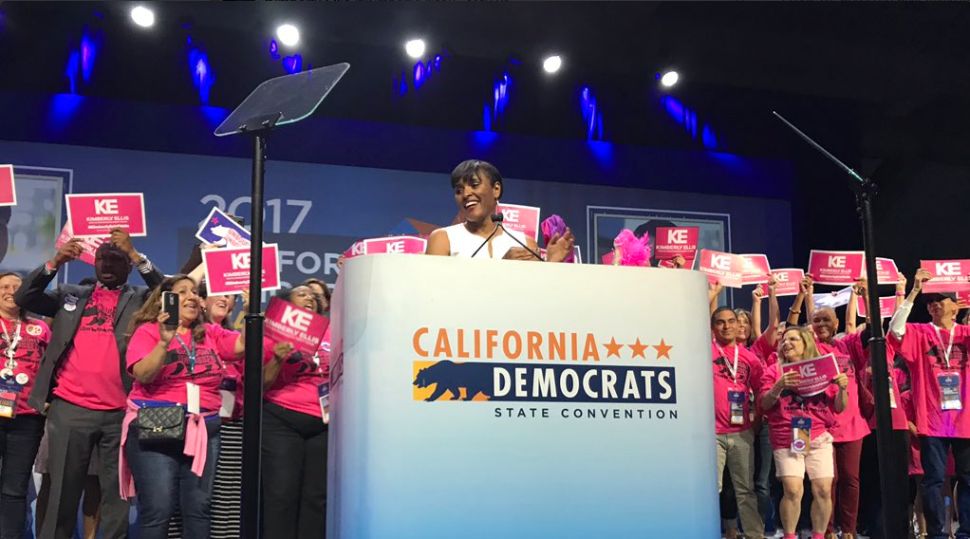