Moving in together is one of the biggest steps for any couple—just look to Prince Harry and Meghan Markle. It’s basically the next thing to do after attending Coachella together and posting a few coordinating couple photos…perhaps The Weeknd and Selena Gomez are next.

It seems that Kristen Stewart and Stella Maxwell are now at the shacking up point in their relationship, as Harper’s Bazaar reports that the low-key pair have moved in together, at Stewart’s Los Angeles home.

Maxwell is apparently keeping her apartment on the East Coast—the Victoria’s Secret model has a place in New York. Of course, the busy couple is often traveling, so this is for when they’re actually in the same place.

Which, it turns out, is Stewart’s four-bedroom Los Feliz abode, according to Us Weekly. Not that they don’t make sure to see each other while working—Maxwell just visited Stewart in New Orleans, where the former Twilight star is filming Underwater.

All in all, it seems like things are going in a far better direction for Stewart and Maxwell than Stewart’s ill-fated move-in with ex Robert Pattinson…who could forget those now infamous photos of him dramatically moving his things out of her home in his pick up truck? 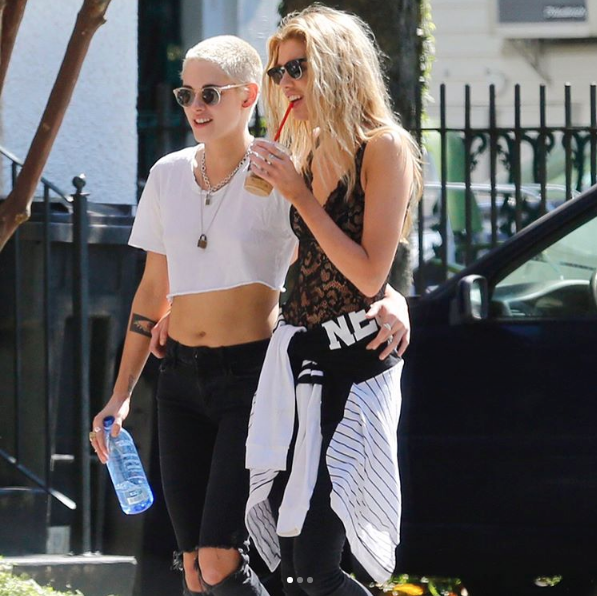