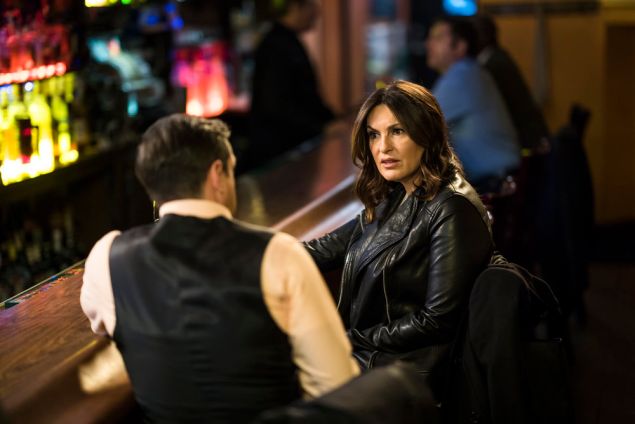 What are you looking for in your life? Is it realistic? You might think differently after you watch a tale of the search for…something.

A pretty blonde enters a loft apartment adorned with candles and positive messages on the walls. The blonde, Abby, and the other wandering occupants gather in a circle around a caldron filled with a mysterious liquid that’s being ladled into cups for each individual. Abby hesitates to drink the elixir.

Cut to the next day and Abby and her boyfriend Stephen are in the 16th precinct with him encouraging her to report what’s happened to her. She’s about to bolt, headed to the elevators, when Lieutenant Benson catches her. Abby explains that she went to the retreat the night before searching for enlightenment, but she didn’t partake of the liquid that’s known to bring on hallucinations and transport its takers to higher consciousness. She explains that the leader of the retreat, Declan Trask, assaulted her in a mediation room. Abby insists that he must have drugged her.

When her toxic screen comes back showing no drugs in her system, Abby says that Trask somehow rendered her helpless and then raped her. She details how she couldn’t move during the assault.

After talking to other retreat participants and watching Trask give a Ted-like talk, it’s Barba who says he believes that Trask actually hypnotized Abby and then raped her.

Digging a little deeper, the detectives find that another woman had accused Trask of a similar assault but, unfortunately, the woman had recently succumbed to cancer.

In court, Barba fights a very aggressive defense attorney in nemesis Rita Calhoun who insists that Trask didn’t have to hypnotize Abby, that the sex was consensual. She gets Abby to read her application for the retreat which outlines how dissatisfied Abby was at the time with Stephen, claiming that he was sort of boring for her and that she was looking for something more.

Upon hearing this, Stephen, who has stood by Abby through everything, storms out of the courtroom.

Calhoun drops another bombshell when Trask produces an audiotape of his interaction with Abby in which she, in an albeit robotic voice, consents to sex with him. Just as all hope seems lost, Detective Carisi digs up something on Trask that Barba can use.

In court, Barba gets Trask to say on the stand, very emphatically, that he’d never been arrested. Then, he gets a police officer to testify that not only had Trask been arrested with drugs but also that he’d been captured while running away from a house in which his friend lay dying from a drug overdose.

Using this to crush Trask’s credibility, Barba secures a rape conviction against him.

After the verdict, Abby tells Benson and Barba that Stephen won’t return her calls. Benson tells Abby that if she wants Stephen she should fight for him, but if he doesn’t get it, he’s not worth the fight.

After Abby takes off, Barba says to Benson that maybe it will all work out. And with that, they make their way out of the courthouse.

What did Barba mean by that?

Unfortunately, like much of the rest of this episode, that statement was muddled and not very convincing.

What the case boiled down to – aside from the hypnosis thing – was clearly a he said/she said conflict and it’s a little hard to believe that Track was convicted simply because he lied about an earlier situation (getting arrested for the drugs, etc.)

But, it’s out entirely out of the realm of possibility. It’s just that we all know that the burden of proof, no matter how wrong it is, in a he-said/she said case, is very difficult. Juries nowadays want hard evidence (some call it the CSI effect.) and in the absence of those kinds of facts they often find that that burden of proof isn’t met and that they have all of the elements to justify reasonable doubt.

This really seemed like what was happening, or should have happened, here. But, in SVU world, it’s always better when the team gets a win, right? So that’s how we got here.

Aside from the legal aspect of this episode, one thing that stuck out was that Abby embarked on this path in search of what she called ‘the perfect life.’ Now, this is obviously something that people have yearned for for years, but Abby’s journey was quite symbolical of the attitude of too many people in current society – they want everything to be perfect – although they have a wavering definition of exactly what constitutes perfection.

Social media tends to make many individuals feel that everyone else has reached a level of comfort and ease in their life that has somehow escaped him or her. Some people realize that this isn’t rational thinking and are happy with the course of their life, even if it isn’t ‘perfect.’ Others try all too desperately to constantly course correct.

(On a side note, wouldn’t you just love it if once in a while people, instead of posting happy vacation photos and dreamy family pictures, posted things like – ‘fridge broke today, now my place smells bad and I have to spend my weekend shopping for another,’ or ‘had a fight with my daughter. Yes, she hates me because I won’t let her go out tonight,’ or ‘painted a room in my place, now I realize the color is hideous,‘ or ‘spent three hours on the phone with my health insurance company and accomplished nothing.’ These are some truths about life right there.)

So, while this episode was not stellar, it did provide some things to think about. This included some points that are repeated often on this series, but that clearly need to be, like an incapacitated person cannot give consent and if someone says they were assaulted in any way others should patiently listen to her. And, it might not have been as apparent as those statements, but slipped in there was a little bit about the necessity for real, truthful self-evaluation and the idea to base that judgment on internal, not external, forces. The term ‘go with your gut’ seems very appropriate in this day and age, but really with the emphasis on the word ‘YOUR’ in this statement.

Abby seemed to try to do this, especially when she didn’t drink the ‘enlightening’ mixture, but it was clearly the forces of the outside world – telling her that she should find someone more exciting that Stephen – that drove her to the shady retreat in the first place. (Now Stephen told her straight out that he wanted to be at home with her – an honest guy, something often hard to find – what was she thinking questioning that?!) Then, kudos for Abby for speaking up about what happened to her with Trask, (although, again, it was at the urging of Stephen). It’s probably a safe bet that no one considers a ‘perfect life,’ one in which you have to stand up and say you were assaulted and then have to go through a trial.

In the end, whether Abby’s quest for her perfect life went pretty awry but what happened to her surely enlightened her in a way that no one could have predicted.

Sadly, or not sadly, depending on how you look at it, this is a much more accurate depiction of real life than what you’ll ever see posted on social media. That’s because it’s not filtered. Maybe that should be the goal for everyone — to live a truly unfiltered life. Oh and maybe just stay off of social media altogether and really live your life. YOUR life, and no one else’s. 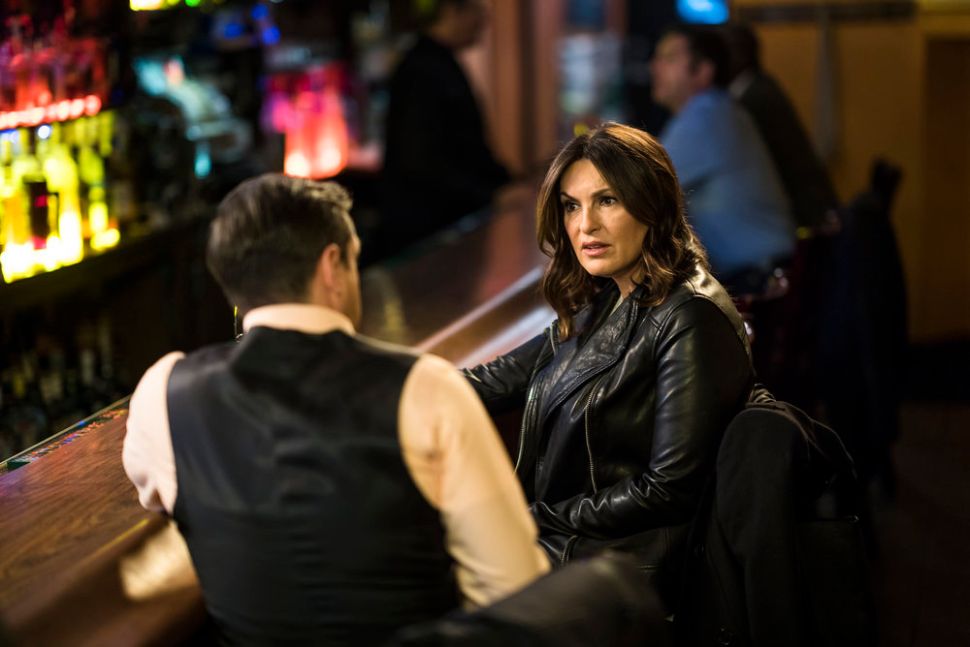