Up until today, when he was fired by President Trump, FBI Director James Comey wasn’t particularly popular with American liberals. How the worm turns. Presented without further commentary, here are some quotes about Comey from prominent progressives.

Hillary Clinton, October 30, 2016: “It’s pretty strange to put something like that out with such little information right before an election. In fact, it’s not just strange. It’s unprecedented, and it’s deeply troubling.”

Michael Moore, November 1, 2016: “So Comey will implicate Hillary for crap that’s not hers on Anthony Weiner’s laptop but won’t say anything about what he knows about Trump.”

The Nation editorial November 3, 2016: “James Comey Has Discredited Himself and the FBI”

Huffington Post, November 3, 2016: “Comey Violated the Hatch Act And Must Be Fired.”

Keith Olbermann, November 6, 2016: “Nope. Our one bipartisan moment. This man’s position at the FBI is no longer tenable. #Comey”

Harry Reid, December 14, 2016: “Comey, who’s of course a Republican[…]has let the country down for partisan purposes.”

Nancy Pelosi, January 13, 2017: “One standard was applied to the Russians and another standard applied to Hillary Clinton.”

Adam Schiff, March 2, 2017: “I appreciate we had a long briefing and testimony from the director today, but in order for us to do our investigation in a thorough and credible way, we’re gonna need the FBI to fully cooperate, be willing to tell us the length and breadth of any counterintelligence investigations they are conducting. At this point, the director is not willing to do that.”

Robby Mook, March 2, 2017: “It’s time for Comey to remove himself from this too. His credibility is gone.”

Maxine Waters, March 20, 2017: “[T]he FBI Director still has no credibility. He needs to also explain HIS interference in the election.”

Dianne Feinsten, May 3, 2017: “[Comey] was noticeably silent about the investigation into the Trump campaign and Russian interference in the US election.”

John Podesta, May 9, 2017: “The American public is getting mildly nauseous listening to James Comey.” 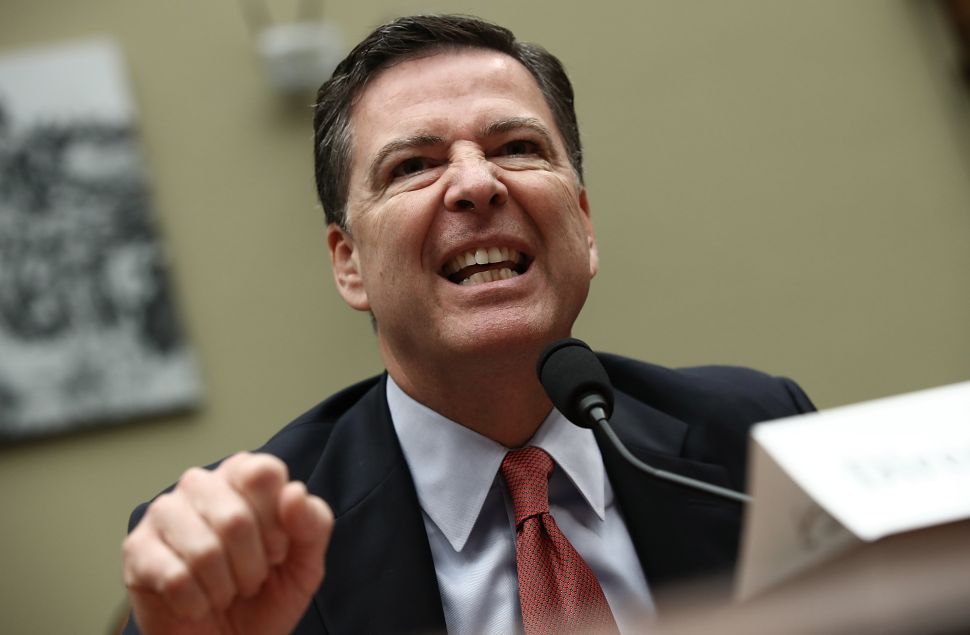