According to renowned Russian conspiracy theorist Louise Mensch, the mainstream media “is being scooped on the story of the century.” In her Patribotics blog post, Mensch claims—based on anonymous sources—that a “sealed indictment has been granted against Donald Trump.” Claude Taylor, Mensch’s conspiracy theorist partner (who touts himself as a former Clinton White House staffer even though he only worked in the volunteer office) took to Twitter in tandem: “Louise Mensch and I are reporting that a sealed indictment has been issued against Trump by FISA court to serve as the basis of Impeachment.” For undisclosed reasons these “anonymous sources” are leaking to Mensch and Taylor but not to major news organizations.

The first major problem with this claim is that FISA courts don’t issue indictments—they only review surveillance applications for foreign spies—and they don’t oversee any grand juries that would issue such indictments. The use of any information obtained from surveillance warrants would have to be authorized by Attorney General Jeff Sessions, who reviews all the applications. “No information acquired pursuant to this subchapter shall be disclosed for law enforcement purposes unless such disclosure is accompanied by a statement that such information, or any information derived therefrom, may only be used in a criminal proceeding with the advance authorization of the Attorney General.”

Even though Mensch and Taylor’s overtly false claims were mocked by many, but thousands on Twitter fell for the conspiracy—including several journalists and public figures with large platforms.

BREAKING: Reliable sources tell me that a FISA court has issued Trump a sealed bag of Doritos Extreme Fiery Ranch

Celebrity George Takei tweeted his hope for “a sealed indictment of Trump from the FBI.” Too bad the FBI doesn’t issue indictments, either—that would be the Department of Justice. Actress Emma Kennedy corroborated Mensch’s FISA indictment conspiracy, and GQ‘s Keith Olbermann retweeted “could be huge if true.” Olbermann and others claimed Mensch’s initial FISA story was true, but The New York Times debunked it. “To date, reporters for The New York Times with demonstrated sources in that world have been unable to corroborate that the court issued any such order,” responded the Times‘ Charlie Savage.

So far Mensch has accused Bernie Sanders of being a “Russia [sic] agent of influence,” claimed the Ferguson Riots were funded by Putin and that Anthony Weiner was catfished by Russian hackers. She called ProPublica, Democracy Now and several other media outlets Russian shills, accused anti-fascist protesters of being Russian actors, cited the Boston Marathon bombing as a Russian attack and linked a London terrorist attack to Putin.

Mensch has cited no evidence for any of her claims, yet centrists in the mainstream media still provide platforms to boost her credibility—which she uses to propagate dangerous and baseless Russian conspiracies. HBO’s Bill Maher hosted Mensch on his talk show, The New York Times lent their opinion section to her, and Congressman Ted Lieu and former DNC interim chair Donna Brazile shamelessly elevated her work—along with several “liberal” celebrities like Rosie O’Donnell and Rob Reiner. An aide to Sen. Ed Markey reportedly cited Mensch’s work as a source for a claim he made during a CNN interview. The Democratic Senator later retracted the claim, but the problem with the long list of retractions that have been made throughout the Russian election interference narrative is that substantially fewer people view the retractions than they do the initial claims.

Mensch repeatedly echoes the sentiment that “we are at war with Russia” and has called for an all out military war against Russia, complete with “precision bombing raids. Bank hacks. Massive cyber war.” Her baseless conspiracy theories are dangerous, and they undermine the Trump Resistance, muddying the waters with fake stories and exploiting false hope among Trump’s opposition. Meanwhile, Mensch benefits from being elevated as a credible source by celebrities and politicians who are evoking knee-jerk reactions to believe or lend credibility to anything spouted in regards to the Trump-Russia narrative. 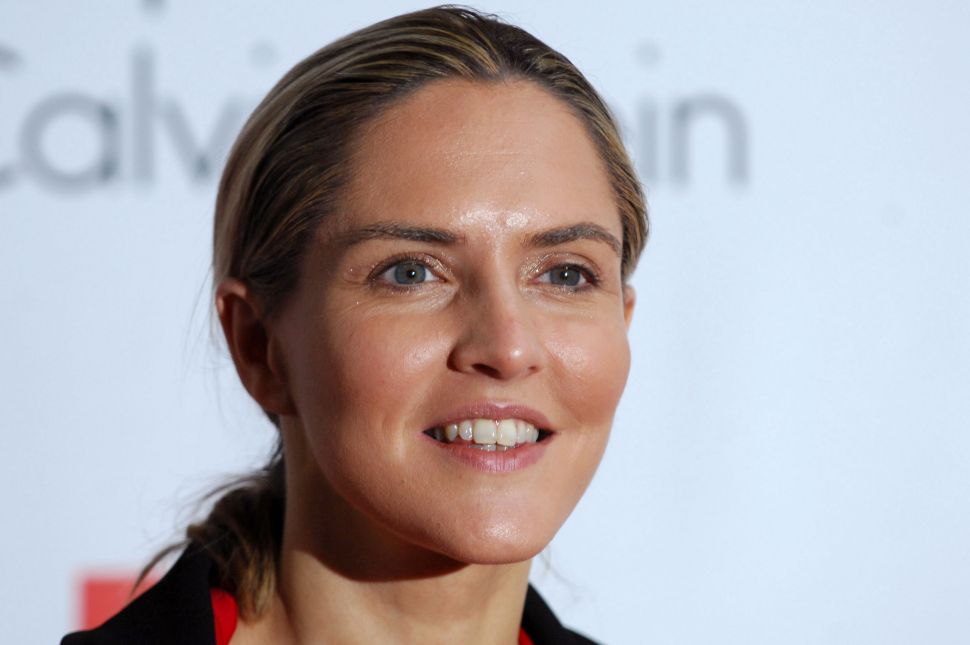