In line with the trend of traditionally liberal mainstream media outlets embracing establishment Republican voices, conservative radio host Hugh Hewitt is reportedly discussing getting his own show with MSNBC. Hewitt, who was hired by The Washington Post in February 2017 as a columnist, would join recent MSNBC acquisition from Fox News Greta Van Susteren at MSNBC. However, MSNBC isn’t the only media outlet ignoring complaints from progressives that the network panders too much to the center and establishment.

The New York Times recently hired Wall Street Journal columnist Bret Stephens, a move which has sparked criticism due to the fact that in past columns he has claimed that climate change, institutional racism, and campus rape are “imaginary enemies” of liberalism. In Stephens’ first column, he backtracks by writing that climate change is real but contends that skepticism of the threat it poses is justified by science.

While The New York Times and MSNBC have shifted toward the center to embrace the demographic of Republicans that voted for Mitt Romney but are anti-Trump, they leave progressives without representation on their platform, despite the overwhelming, nationwide popularity of Sen. Bernie Sanders. The New York Times op-ed section included two staunch defenders of Hillary Clinton during the Democratic primaries, Paul Krugman and Charles Blow, who often defended Clinton by attacking Sanders. MSNBC includes Joy Reid as a host on their network, who elevated critics of Sanders like Al Giordano, a random anti-Sanders Twitter troll. The other leading network hosts, like Rachel Maddow, have propagated disingenuous narratives about Sanders supporters as well. No MSNBC host represents any semblance of progressive ideas. In fact, when MSNBC provided coverage confirming Sanders supporters’ criticisms of former DNC Chair Debbie Wasserman Schultz during the Democratic primaries, MSNBC President Phil Griffin halted the coverage after receiving an angry phone call from Wasserman Schultz.

In addition to conservative hires, several mainstream media outlets have hired former Clinton staffers to join their ranks. The Washington Post hired former Clinton campaign Chair John Podesta in February 2017. CNN brought on Clinton Press Secretary Brian Fallon as a contributor. Clinton Communications Director Jennifer Palmieri has been regularly featured in the The Washington Post and MSNBC. Clinton campaign Manager Robby Mook has made several appearances on mainstream news networks as he continues propagating the narrative that Russia interfered in the election to avoid responsibility for Clinton’s election loss. This revolving door of political staffers joining mainstream media outlets before their next gig in politics has become standard practice within the industry, and it’s rotting it from within.

Instead of making hires to account for the lack of progressives in media, MSNBC, The New York Times, and other mainstream media outlets have shifted toward the right, hoping to make a dent in Fox News’ ratings. This shift is part of a broader movement from the political and corporate media establishment to continue brushing off Sanders and his progressive supporters as the “far left.” This pejorative categorization of the far left suggests that progressives are radical, fringe and have little support. On the contrary, Sanders’ widespread popularity both within his base and outside of it are a testament to the fact that progressive policies are no longer fringe. Rather, they are deliberately ignored by the corporate media establishment as they attempt to mitigate the popularity of these policy proposals. In doing so, mainstream media continues to descend into irrelevancy and broadens its disconnect with Americans, whose mistrust in mainstream media is at an all-time high. 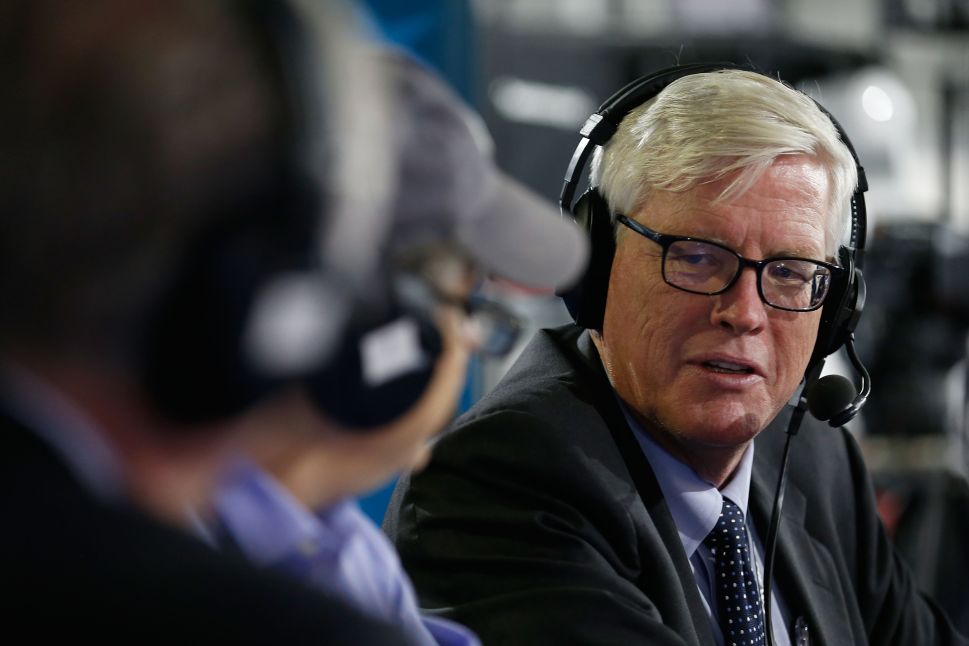