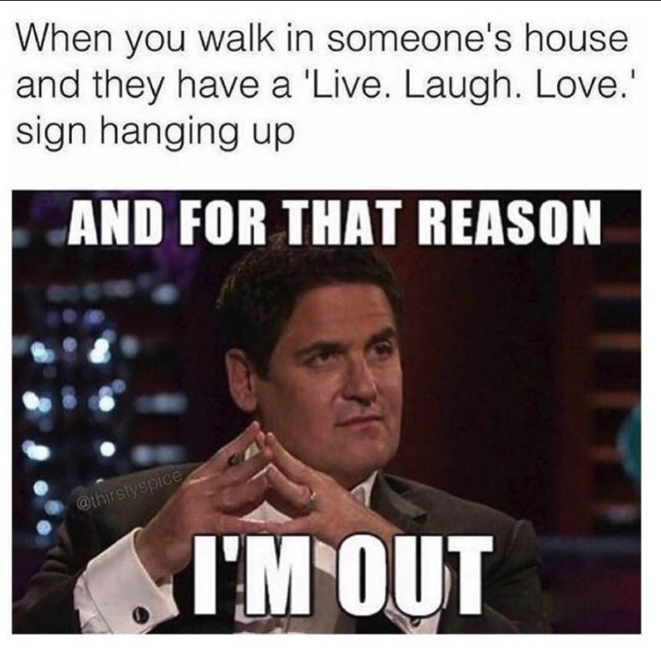 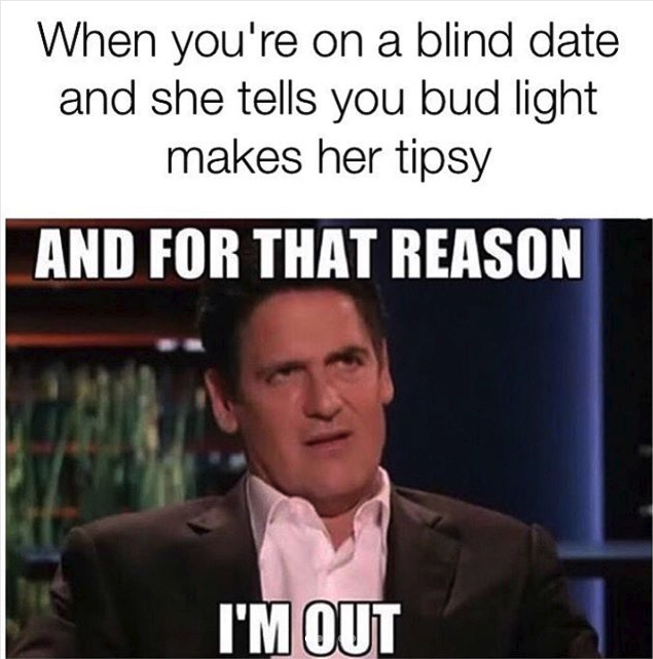 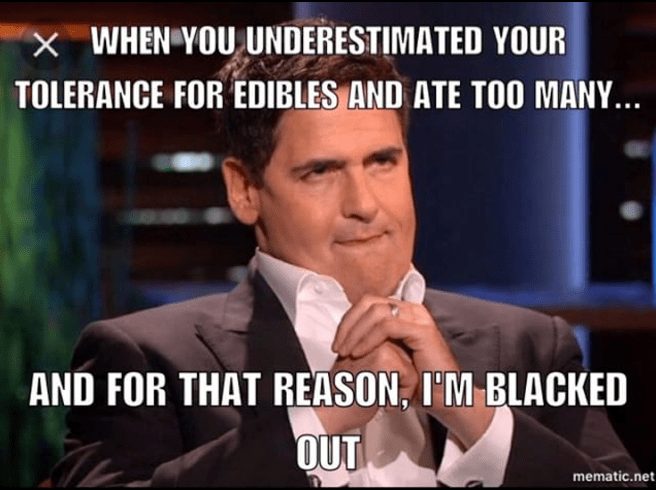 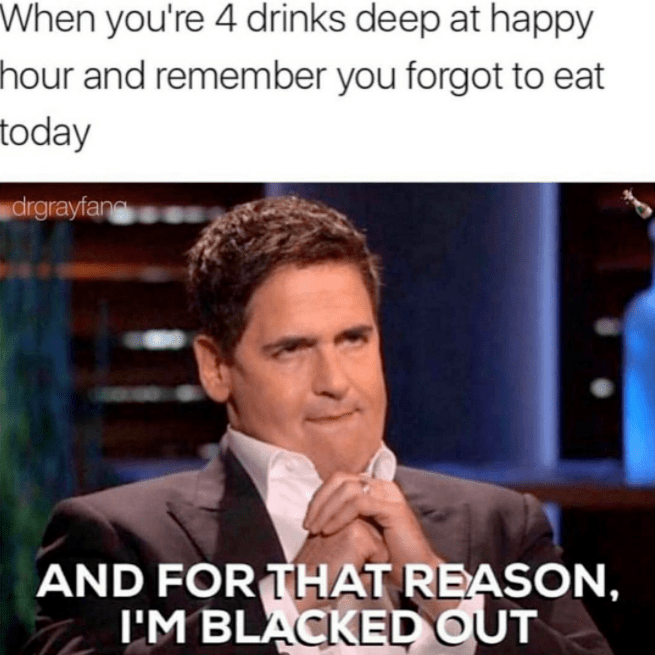 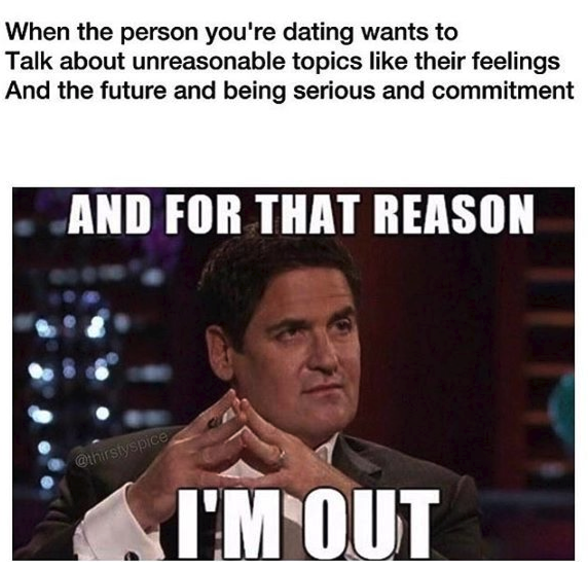 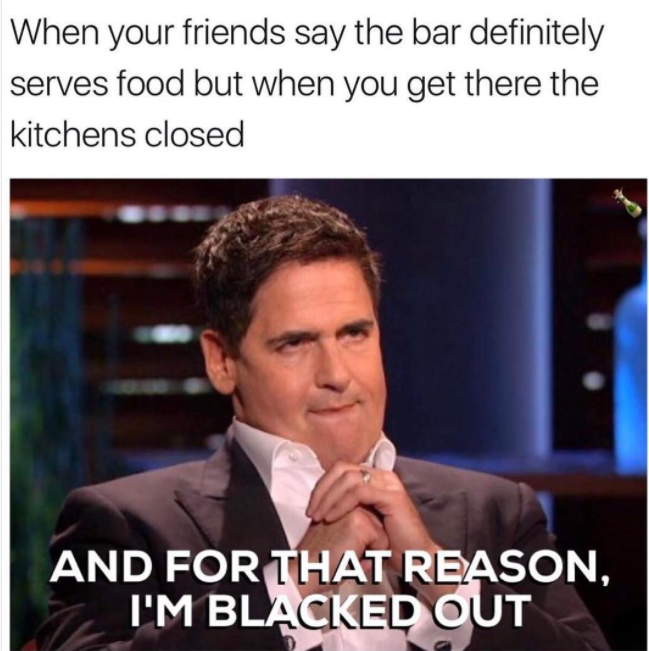 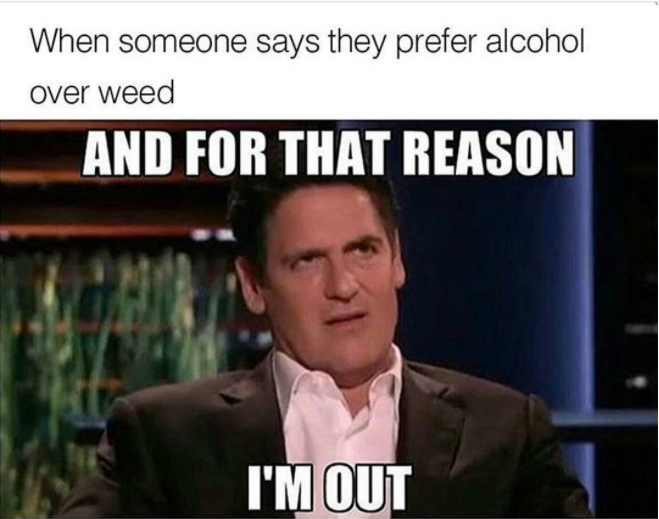 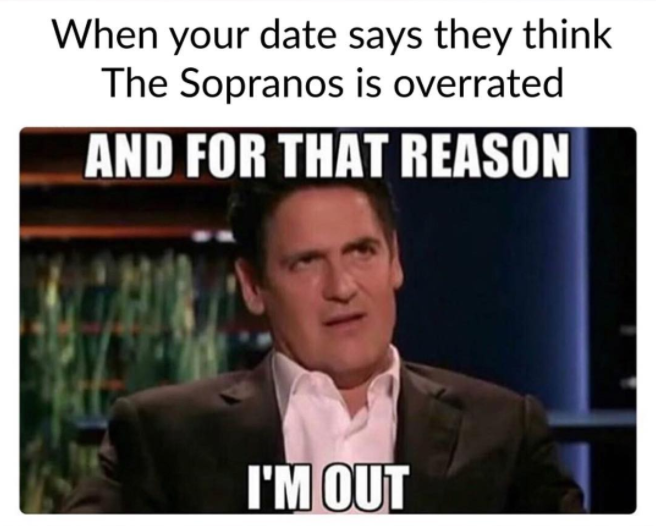 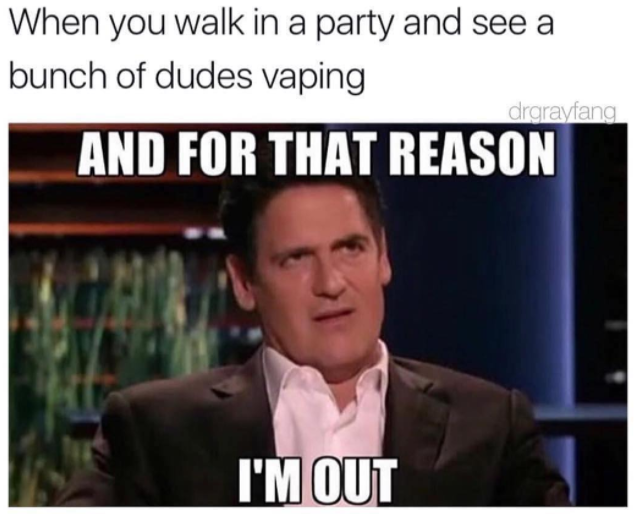 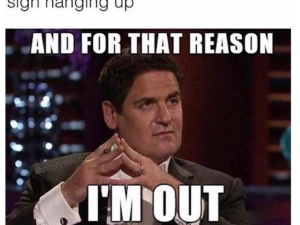 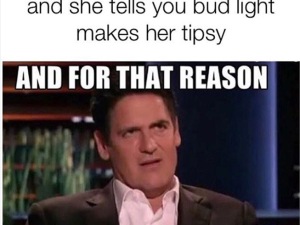 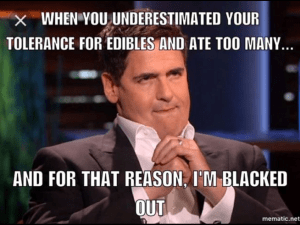 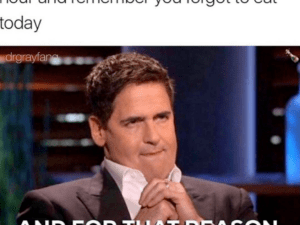 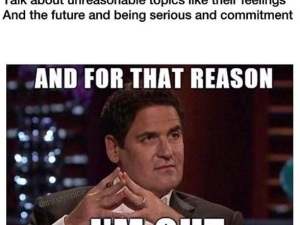 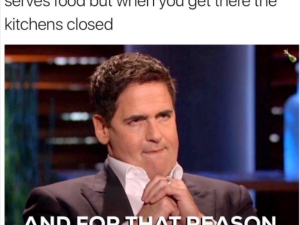 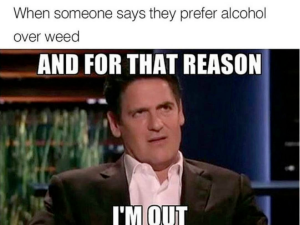 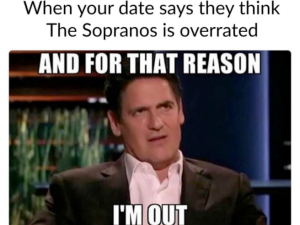 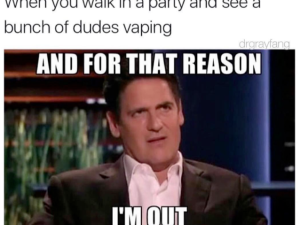 Sean Spicer is a meme, Beyoncé is a meme and even Mark Zuckerberg’s dog is a meme. It was only a matter of time until outspoken billionaire investor Mark Cuban became one too.

Recently, that’s finally happened. The meme channels the classic catchphrase from the show Shark Tank, on which Cuban and his fellow sharks eliminate themselves from a pitch round with a simple, “And for that reason, I’m out.”

The meme matches this to text about situations people don’t at all want to be in. Some of them put a twist on it, changing “I’m out” to “blacked out” for jokes about overindulgence.

Flip through the slides above to see the Mark Cuban meme that’s been making the rounds on Instagram.