One of the most anticipated aspects of Star Wars: The Last Jedi is the chance to hear Luke Skywalker (Mark Hamill) say…anything. As we know, J.J. Abrams kept the series’ original leading man out of the Force Awakens proceedings until the final moments, when we cut to black on Luke and his magnificent retirement beard eyeing Rey (Daisy Ridley) without saying a word.

But, if Hamill had his way, Luke would have played a much more heroic, much earlier role. In Vanity Fair‘s expansive first look at Episode VIII (which also offers a glimpse at Laura Dern’s fabulous AF character, some devastating shots of the late Carrie Fisher, etc etc), the actor reveals he originally thought he should be present for Han Solo’s (Harrison Ford) death at the hands of his son, Kylo Ren (Adam Driver).

I thought it would have been more effective, and I still feel this way, though it’s just my opinion, that Leia would make it as far as she can, and, right when she is apprehended, maybe even facing death—Ba-boom! I come in and blow the guy away and the two of us go to where Han is facing off with his son, but we’re too late. The reason that’s important is that we witness his death, which carries enormous personal resonance into the next picture. As it is, Chewie’s there, and how much can you get out of [passable Chewbacca wail] ‘Nyaaarghhh!’ and two people who have known Han for, what, 20 minutes?”

But all is well with the Force. Hamill added, “I’ve never been more happy to be wrong.” Which, ironically, is the same exact thing Finn told Poe Dameron the first time they totally spent the night together. 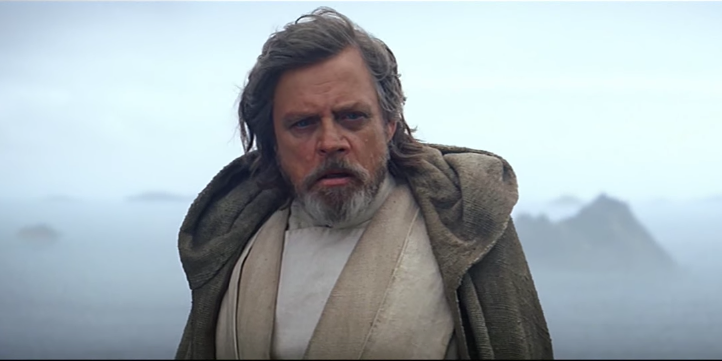