Mark Zuckerberg’s commencement address at Harvard Thursday was not a typical graduation event. He had attended the school, slacked and manipulated his way through classes, was nearly expelled and then dropped out. Then 12 years after leaving to build one of the most influential companies in the world, he was back speaking to students in his same generation who walked around campus just a decade after him.

While Zuckerberg’s success story made him an unlikely but especially welcomed speaker and honorary degree recipient, some were more interested in making fun of him than heeding his sage advice. Shortly before commencement, someone hacked the website of The Harvard Crimson, the school newspaper, and plastered the front page with fake news stories trolling the Facebook founder.

Some of the headlines were:

“Mark Zoinkerburg At It Again”

“FLYBY: 10 Websites that Merk Zuckerbook Stole From the Sports Boys”

While these headlines and awkward photos themselves aren’t that funny, the idea of the whole hack is a least a little bit. The website was quickly returned to its proper state, but the hacked homepage lives on in the internet archives.

After the incident, Harvard told The Verge the Zuck troll came from an unauthorized user and not anyone on staff at The Harvard Crimson.

Other than this incident, Zuckerberg’s nostalgic trip to Harvard went pretty smoothly. He even gave a Facebook Live tour of his dorm room where he built Facebook, and it was actually pretty adorable. 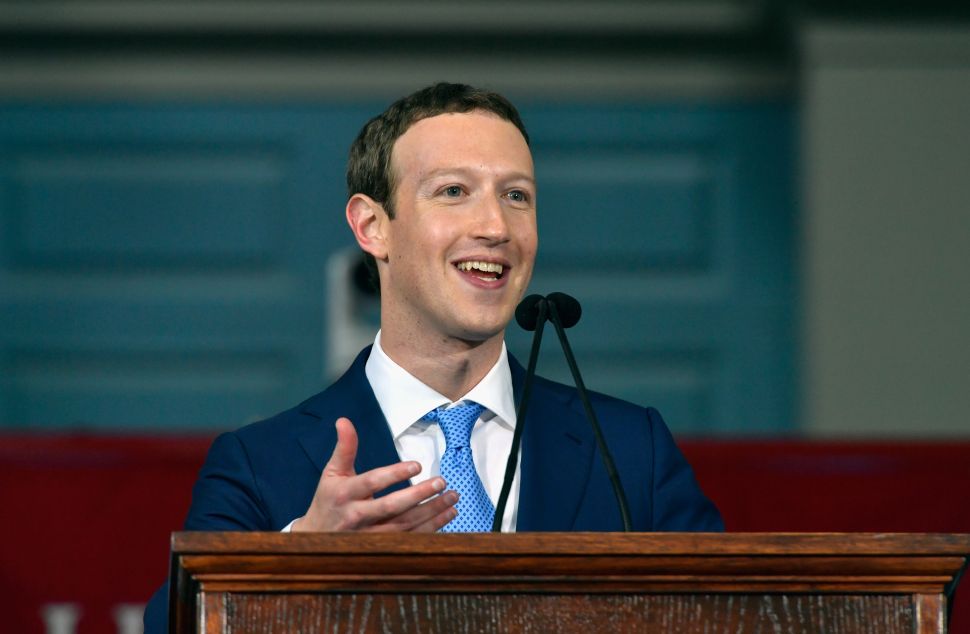