Following only slightly in the tradition of a certain long-standing beloved comedy series, Master of None is about nothing at all and at the same time it’s about everything. But this series, unlike the aforementioned classic, really is about everything; everything that matters, not the frivolous stuff. It’s about understanding the cryptic aspects of life, really relating to others, and the true pursuit of love and contentment. All of which can be played for laughs, but none of which are silly.

When it debuted in 2015, Master of None did so without much fanfare. It quickly became adored by viewers and recognized by critics alike for it’s innovative take on life.

Master of None follows Dev (Aziz Ansari) as a New York-based actor who is struggling to identify what he really wants, both personally and professionally.

Now after being nominated for several awards and taking home a Peabody Award and an Emmy, the series returns for a highly anticipated second season.

As fans flock to the ten new episodes on Netflix, series Co-Creator, Executive Producer and star Alan Yang says that while all of the attention and accolades are certainly welcome, the goal from season one to season two hasn’t changed much.

“We try not to read too much into all what everyone’s saying about the show. We just work really hard to make every episode the best it can be,” he explains.

He goes on to say that there is one main thing from season one that spurred the creativity behind season two. “We basically said, ‘let’s just be really ambitious with all of this.’ To us, it seemed like people responded really well to the episodes that were ambitious in terms of scope or perspective or cinematography, so we really wanted to amp those things up and go for it.”

To get there, Yang and fellow co-creator Ansari prepped by delving into a lot of classic films. “We watched a lot of films that you maybe you watched in college for a class but you don’t really appreciate until you start making stuff, like Truffaut, Kurosawa, and Fellini. Those guys are masters and we’re beginners so we’re just trying to learn from them.”

To bring together the best stories, Yang and Ansari gathered a small but highly diverse team of writers. “With have several women, a bi-racial guy, an Indian woman, and an Asian guy – that’s me,” Yang says with a laugh. Then he adds, still laughing, “Oh and we do have a white guy so we have that covered as well.”

Yang says that the diversity of the group perpetuated a healthy mixture of different voices, key to producing the show. “Basically, as we were crafting each story everyone would talk about their personal experiences so it was very valuable to have so many different perspectives during that whole process.”

He goes on to say, “Our goal was to tell stories about whatever we were really thinking about at the moment. We run on instinct – what we’re passionate and emotional about – because those are the things that are going to make good episodes.”

Yang is aware that Master of None doesn’t exactly fit into the comedy mold with laugh out loud jokes galore, but he insists that this is by design. “I feel like there are a lot of shows that do that extremely well, with three really tight well-written jokes every minute. Our interest was elsewhere this year, in that we really wanted to vary where the comedy came from. There’s some comedy from very funny moments and there’s some comedy from more dramatic moments. That’s where we want our show to live, in that sweet spot.”

One of this season’s standout episodes is entitled “Religion,” but Yang says that it’s not just about that topic. “It’s really about communicating with your parents and them coming to terms with you being an adult and making your own choices.”

The concept of the episode was intriguing to Yang because, “We have a main character whose parents are Muslim and I thought that was an interesting thing to explore. We worked hard to craft the story and I think it hits all the right notes.”

While hopeful that the series overall is on the mark with those familiar with it, Yang admits that he isn’t the best at pitching Master of None to new viewers. “Oh man it’s really hard to do that! I like to make the show but I know I’m not very good at describing exactly what it is. I’m not a salesperson, that’s for sure.”

After a brief pause, he says, “It might sound kind of weird, but I actually want people to know as little as possible about the show. I feel like that helps with the enjoyment of it. I feel like when you watch something that you know little about and just let it wash over you, that’s such a great way to experience something.”

Again he laughs when he adds, “I want people to unlearn what you’ve heard about the show. I know that’s not really physically possible, but I want you to know nothing. Then I think you’ll really get it.”

‘Master of None’ seasons 1 and 2 are available for streaming via Netflix. 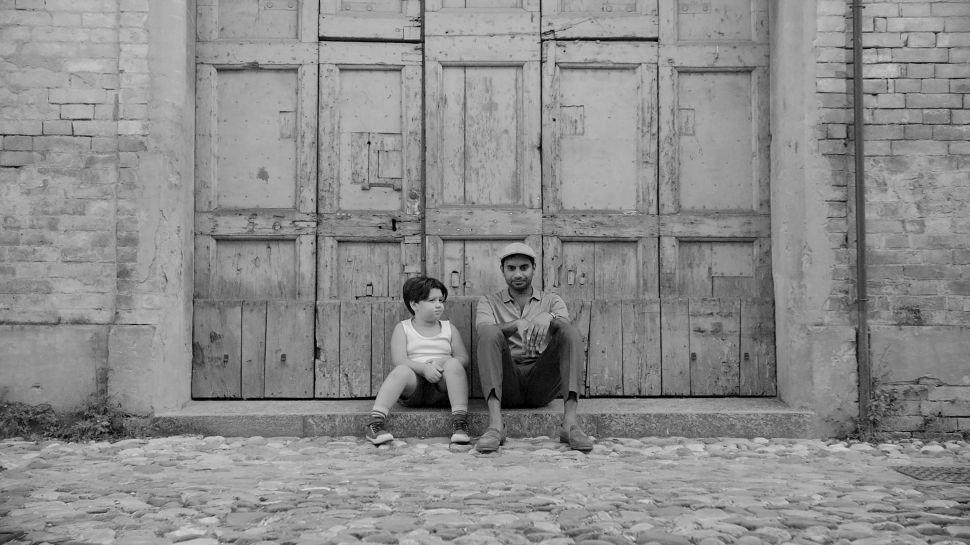