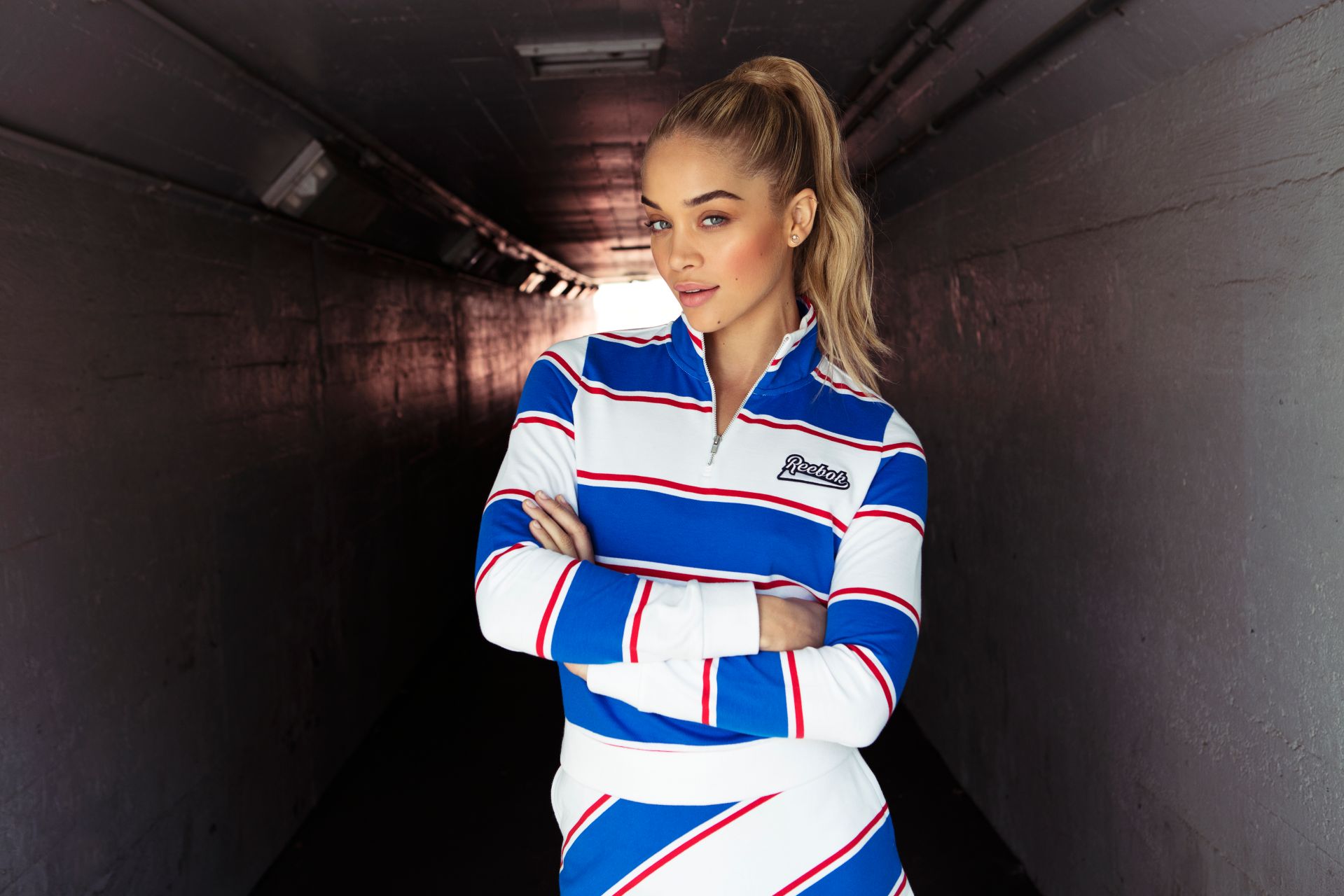 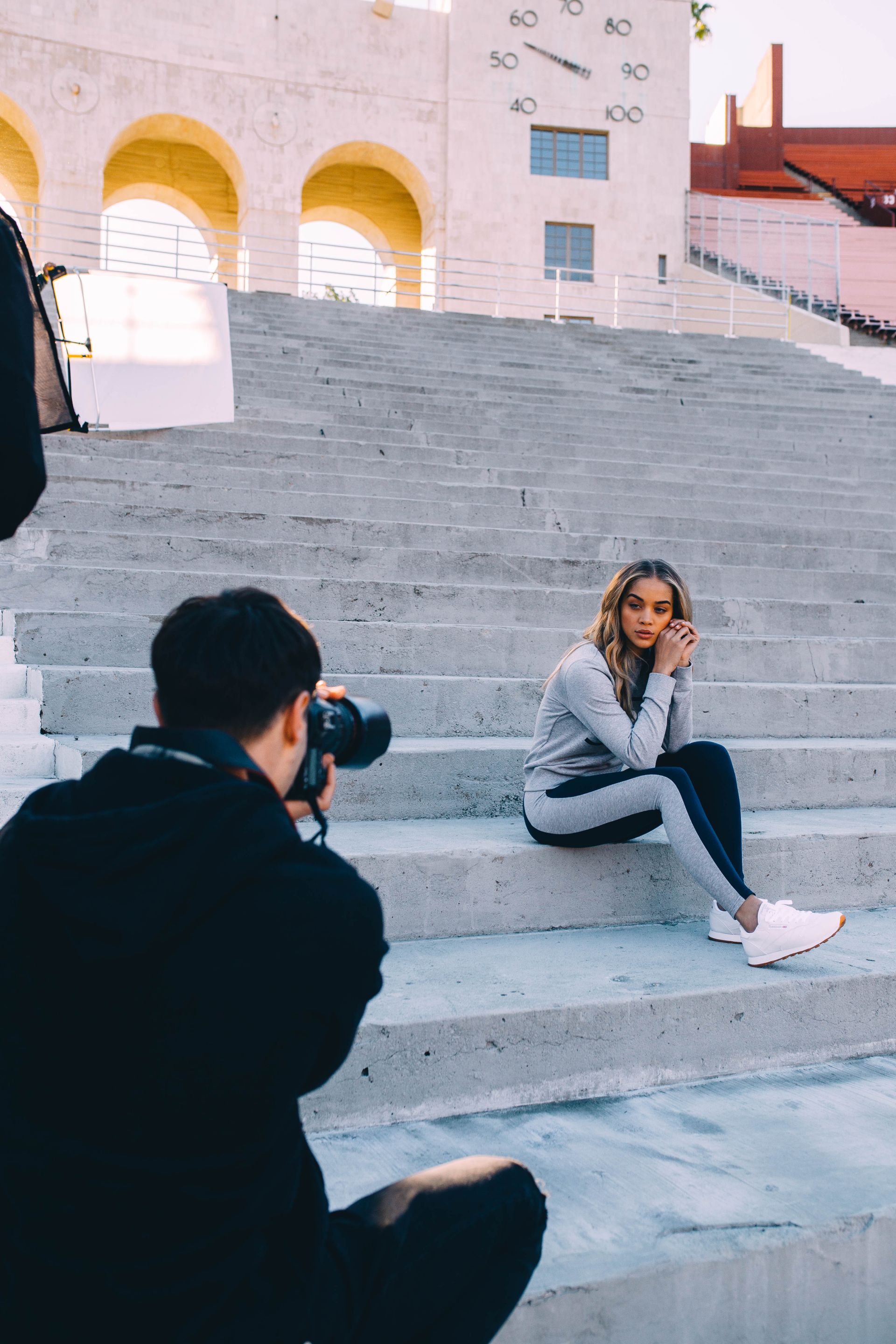 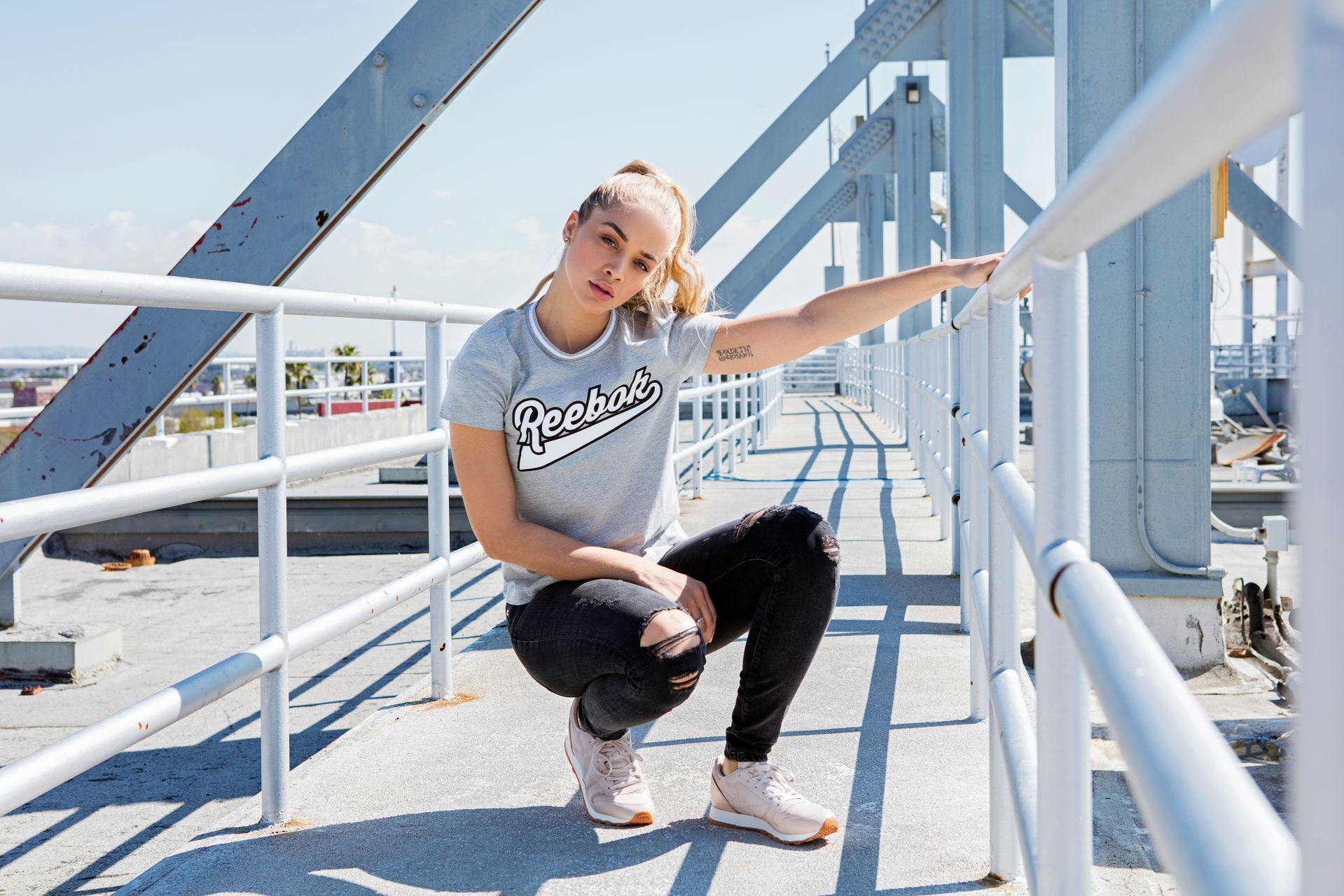 Expect to see much more from Golden Barbie aka Jasmine Sanders.
Courtesy Reebok 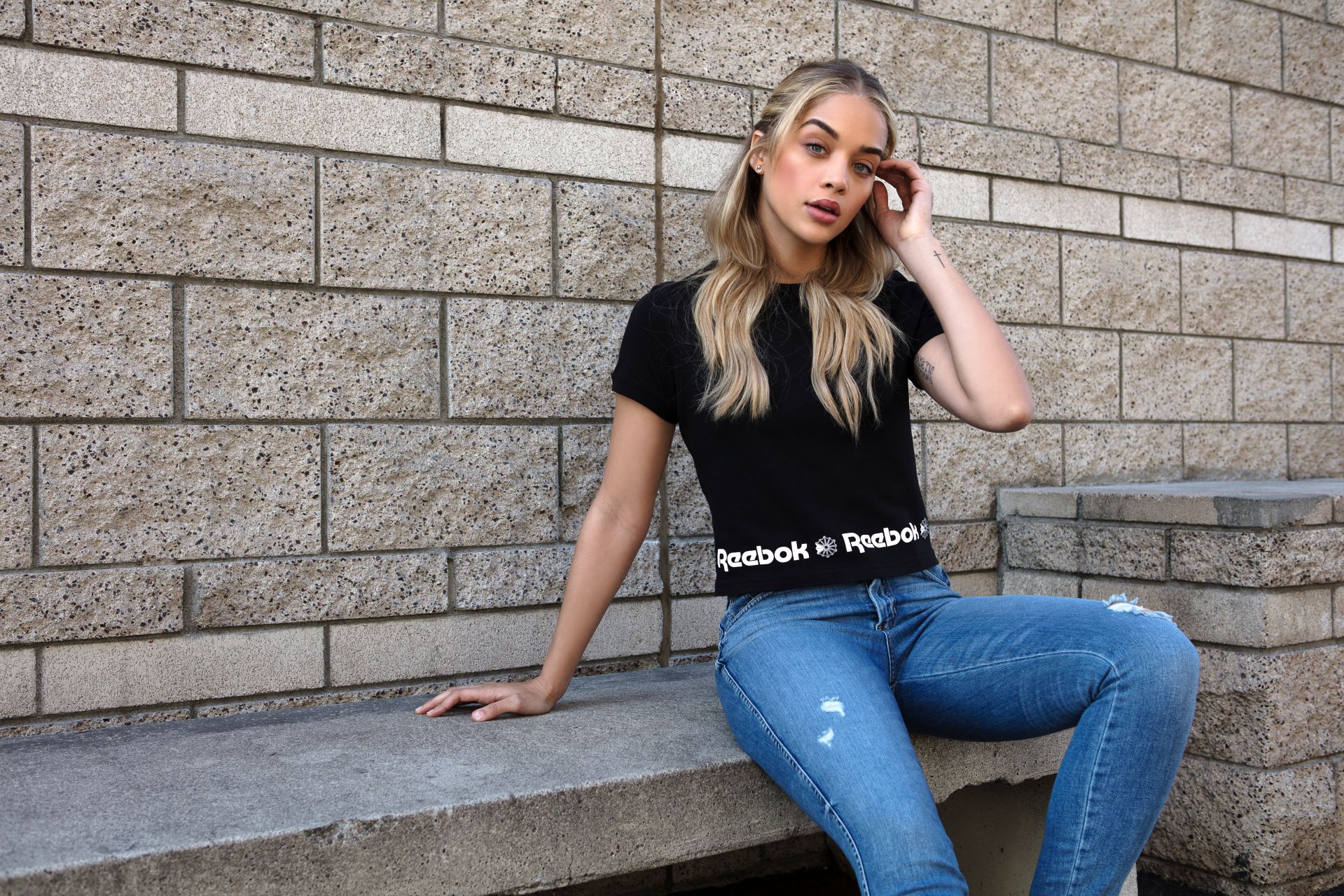 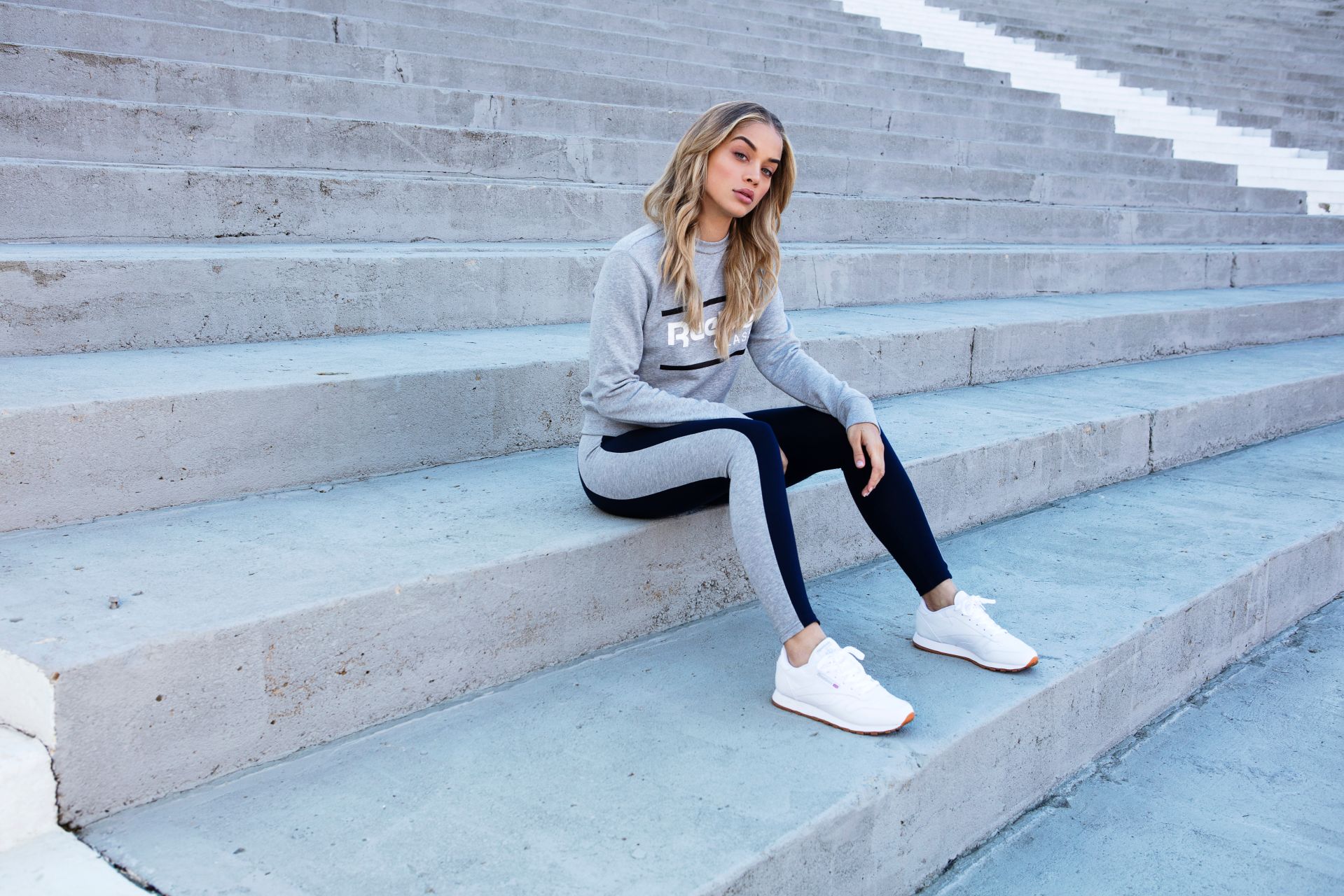 Here's some inspiration to workout this week...
Courtesy Reebok 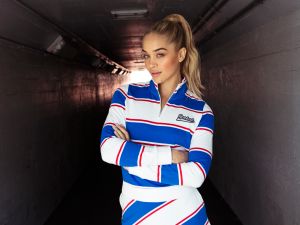 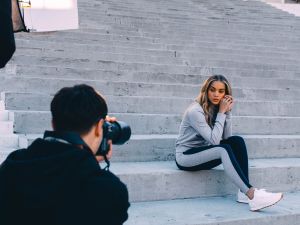 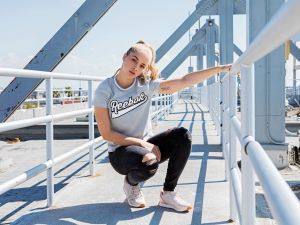 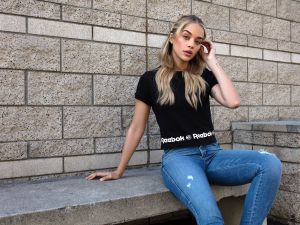 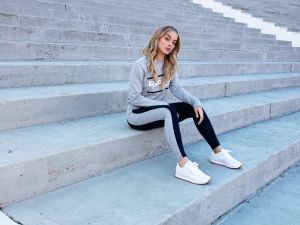 Jasmine Sanders is in the perfect position to become the next international model obsession, so watch out Kendall, Gigi and Bella. She has a great Instagram handle (@Golden_barbie), an impressive 2.4 million followers, stunning looks and now, a major athleisure campaign to push her career further. Just earlier this week, Sanders was announced as the latest face of Reebok, joining the ranks of Gigi Hadid, Teyana Taylor and Future, who have also posed for the athletic label. Her main focus is Reebok Classic, and her campaign will also include a collection with Lady Foot Locker.

Part of the reason why Sanders snagged the gig is because of her dedication to fitness. Simply scroll through her Instagram and see that she’s constantly uploading pics from the gym, chronicling her improvements, showing off her abs and proving her desire to stay fit.

Before you spot Sanders’ Reebok campaign all over, here are some facts to learn about the model who’s star power is steadily rising.

Golden Barbie is a childhood nickname.

And it’s entirely fitting for the stunning model. But she does have her sister to thank for the moniker.

“I remember going back and forth with my sister Alisha trying to figure out what my Twitter username should be, and we landed on Golden Barbie…It’s a combination of creativity and childhood nicknames that stuck with me,” she told Fashionista.

Sanders once walked the runway for Ed Hardy Swimwear…

"I dont speak Italian, but I do speak Moschino" Jeremy you have done it once again! Thank you thank you thank you @itsjeremyscott @carlynecerfdedudzeele @pg_dmcasting @samuel_ellis for forever believing in me ❤ always a dream!! Congratulations on another amazing show!!

…But that was a long time ago. Now, Sanders is booking gigs with more high-brow brands, such as Moschino and Miu Miu. You know how the saying goes, if you’ve shared a runway with a Hadid or Jenner, you must be doing something right.

She’s in the Kardashian’s circle of friends.

Not only has she vacationed in Mexico with reality TV’s first family, but Sanders and her boyfriend Terrence J also attended their lavish Christmas party this year. A snap in the infamous Kardashian photo booth (which seems to have a built-in airbrush feature) offered proof that she was granted one of these exclusive invitations.

Reebok isn’t her only lucrative gig.

Earlier this year, Sanders was tapped by Bulgari as a digital ambassador. So when you see her wearing a serious piece of bling, you can safely assume it’s from the Roman bauble brand. She’s also the Curl Ambassador at Moroccanoil, a gig that has kept her hair shiny and full of bounce since 2016.

Magazines love her, too.

Sanders has snagged editorials in the pages of W, Garage, Glamour, Allure, Vogue and more. She is definitely a print girl, in case you were wondering.

And they obviously have a healthy Instagram following. The two pups share their social media page, which is manned by both Sanders and her boyfriend Terrence J.

She’s nailed the art of the gym selfie, over and over again.

Seeing results thanks to training with @mrcalliet ✔️

With her new gig at Reebok, that makes perfect sense, as Sanders has the very rare ability to make working out look chic.

“I love how versatile this Reebok collection is and allows me to go from the street to the gym and back, which works so well for my busy schedule,” she said in a release. So clearly, this new job will only help add to those frequent gym snaps.