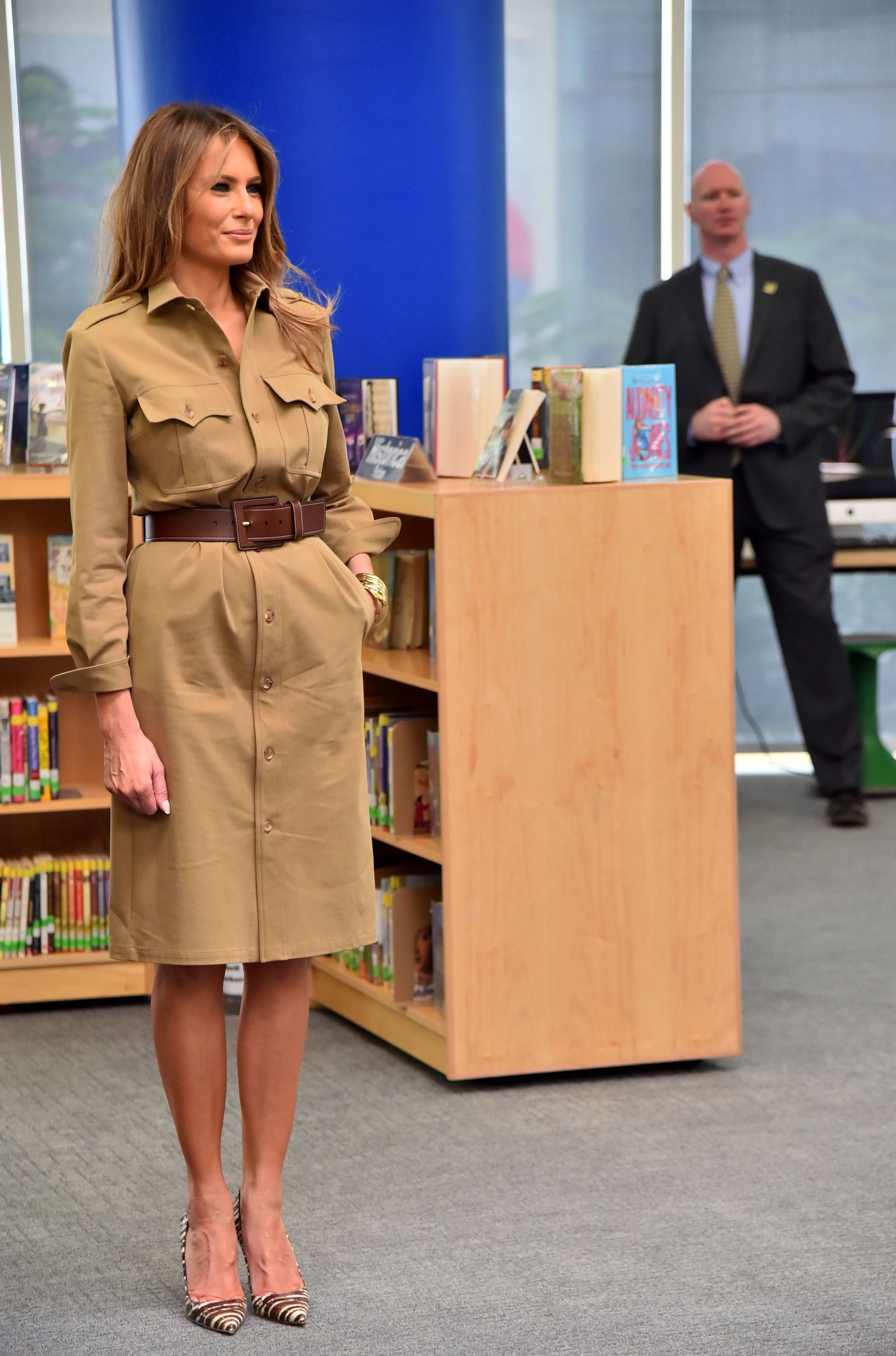 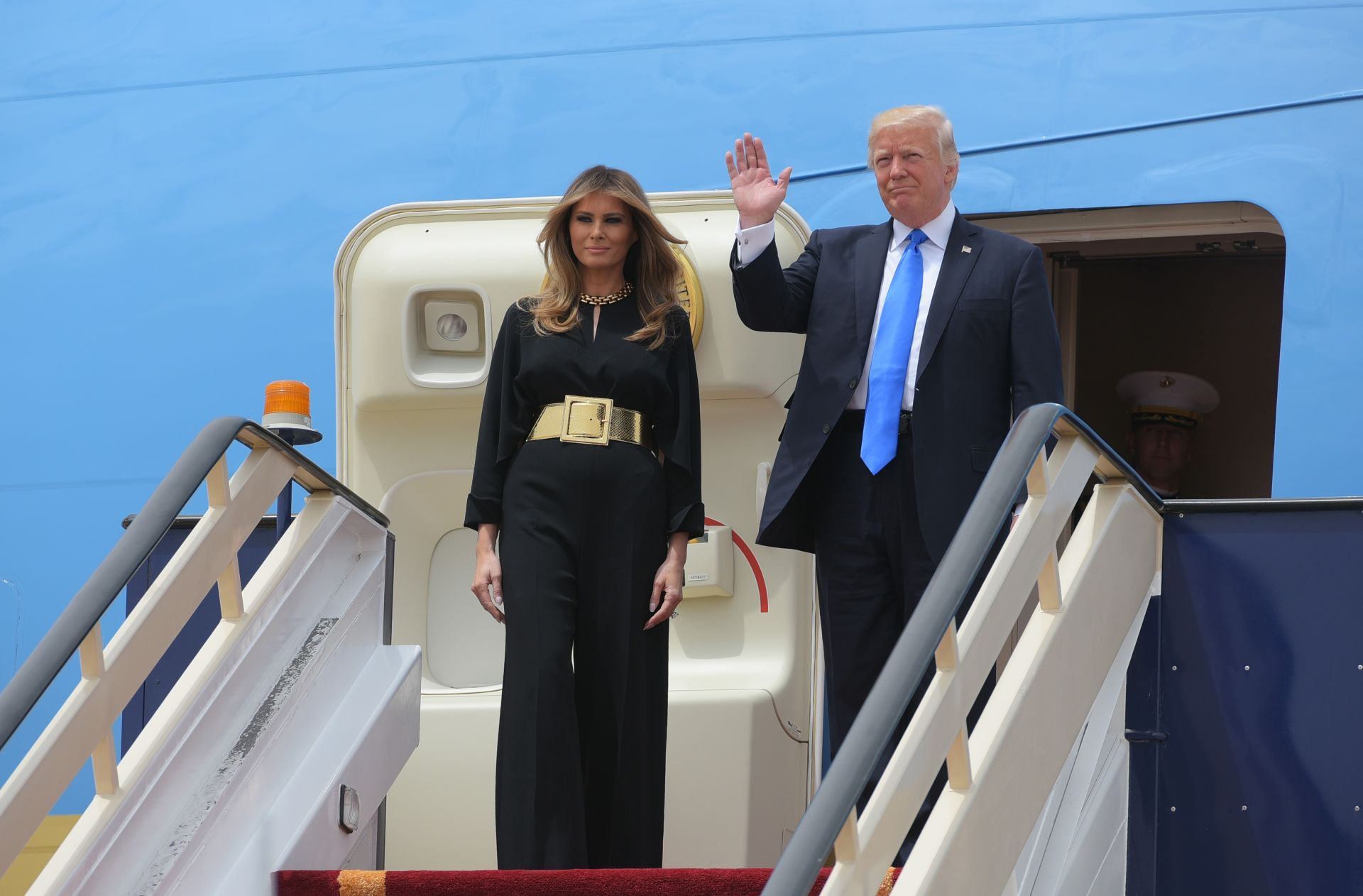 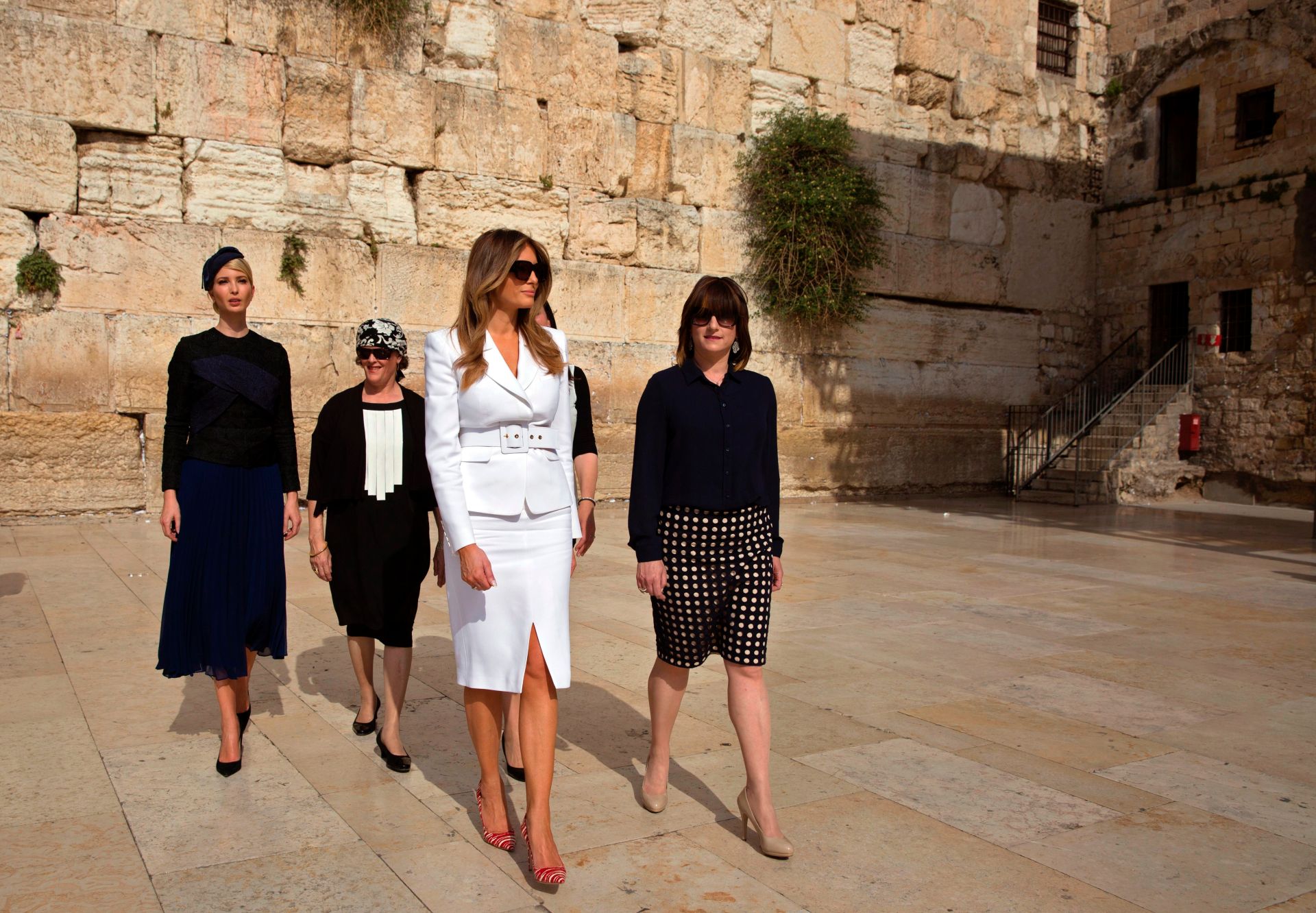 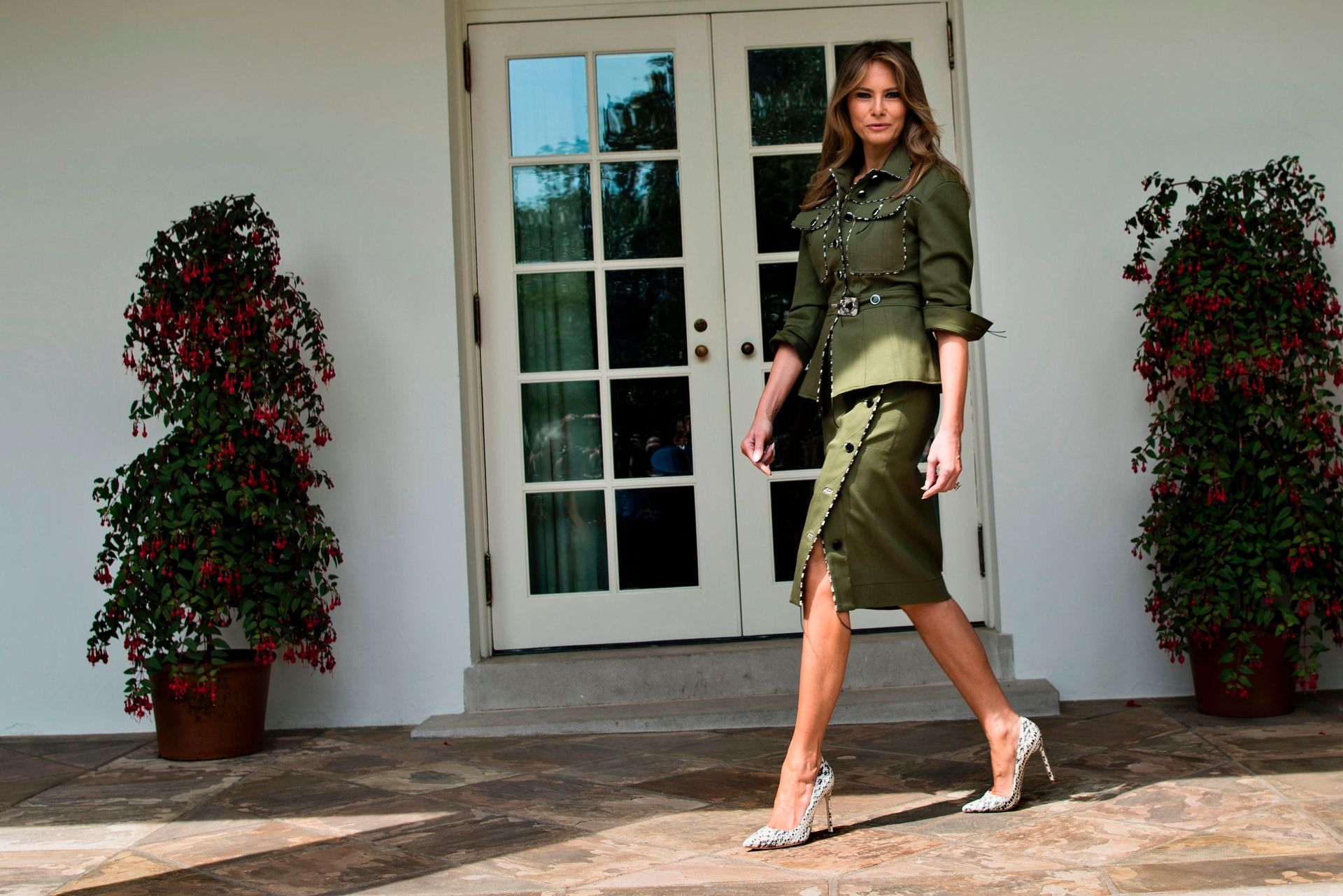 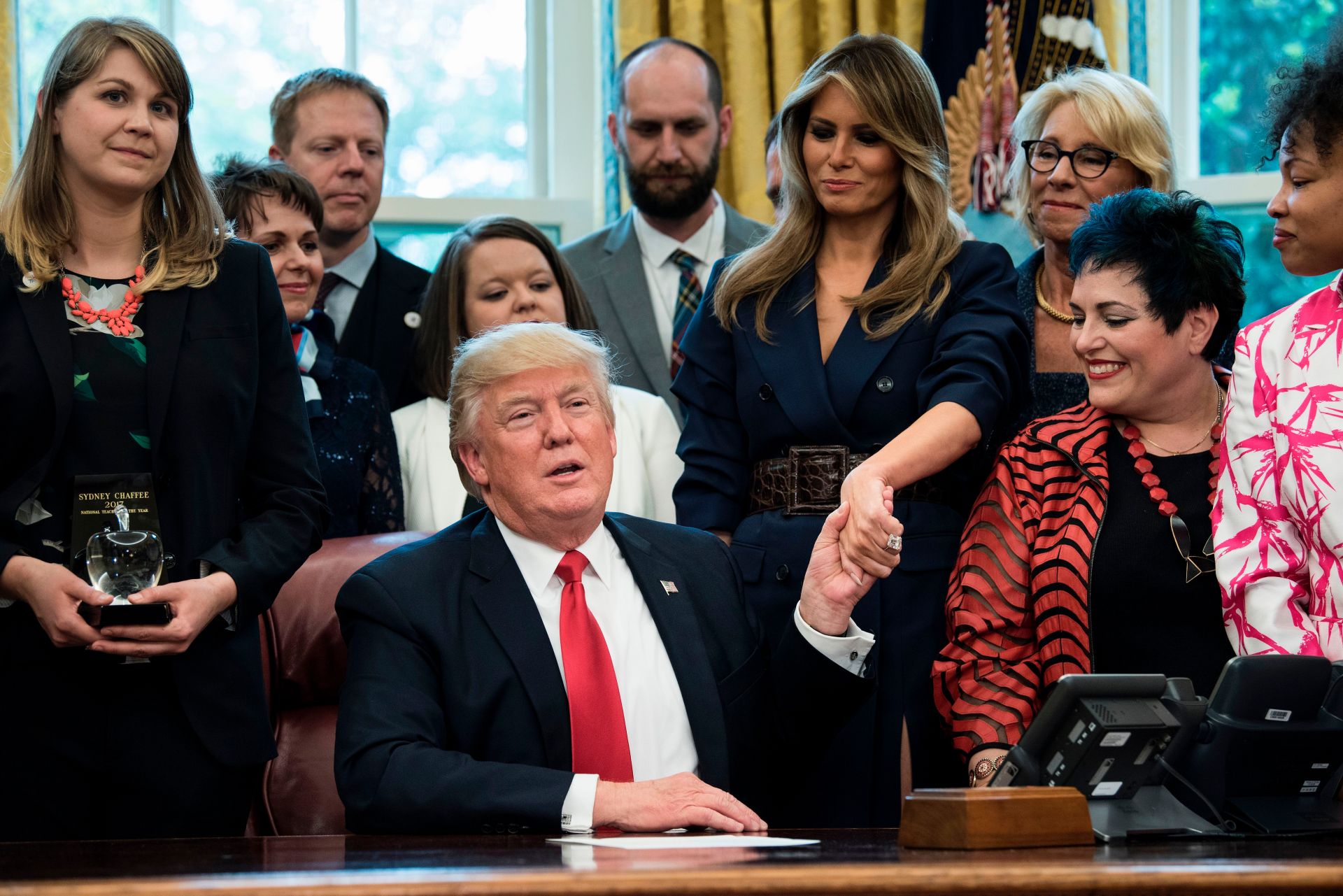 She mixed brown and blue at an event celebrating the National Teacher of the Year.
Getty Images 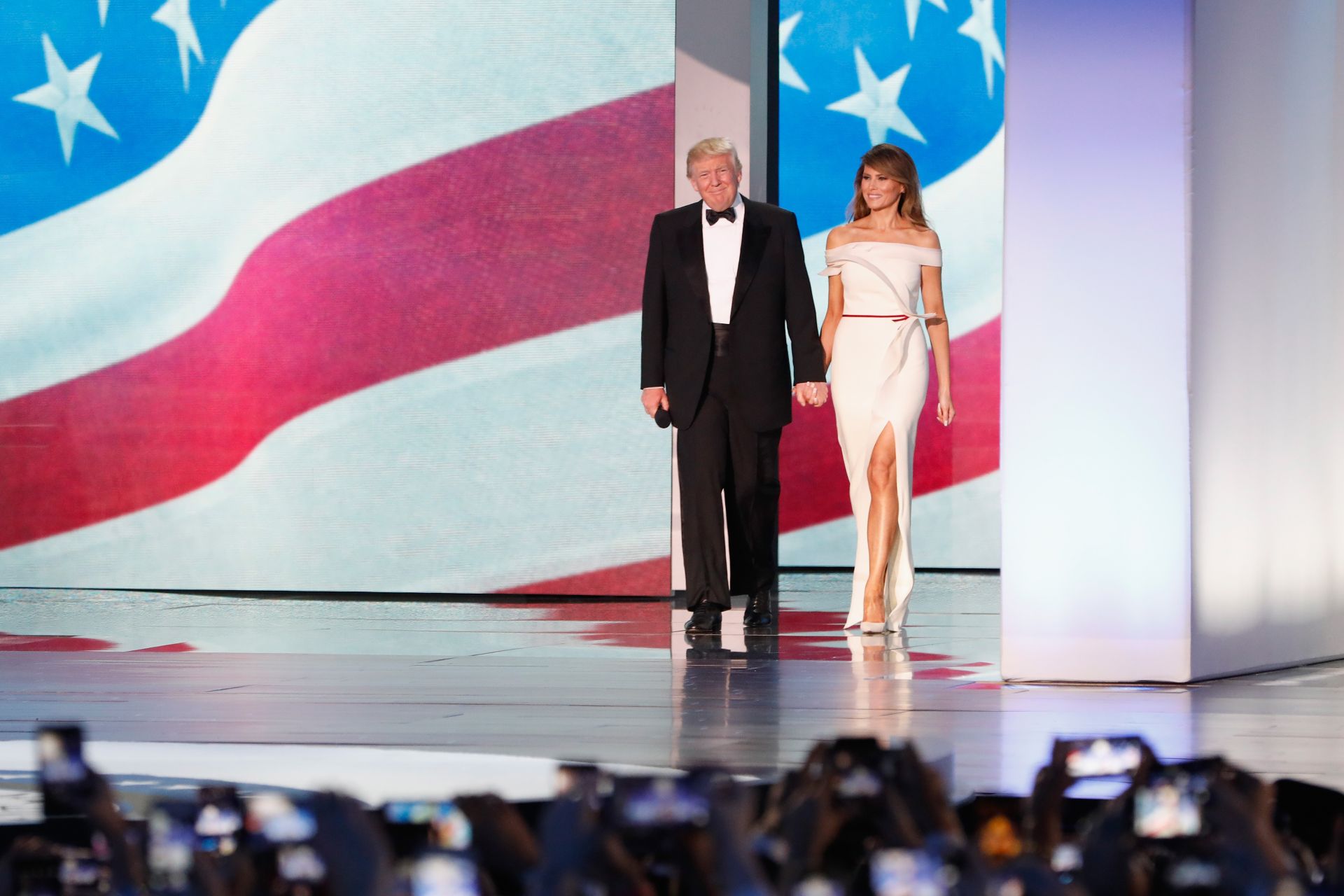 She even wore a tiny belt to the Freedom Inaugural Ball.
Getty Images 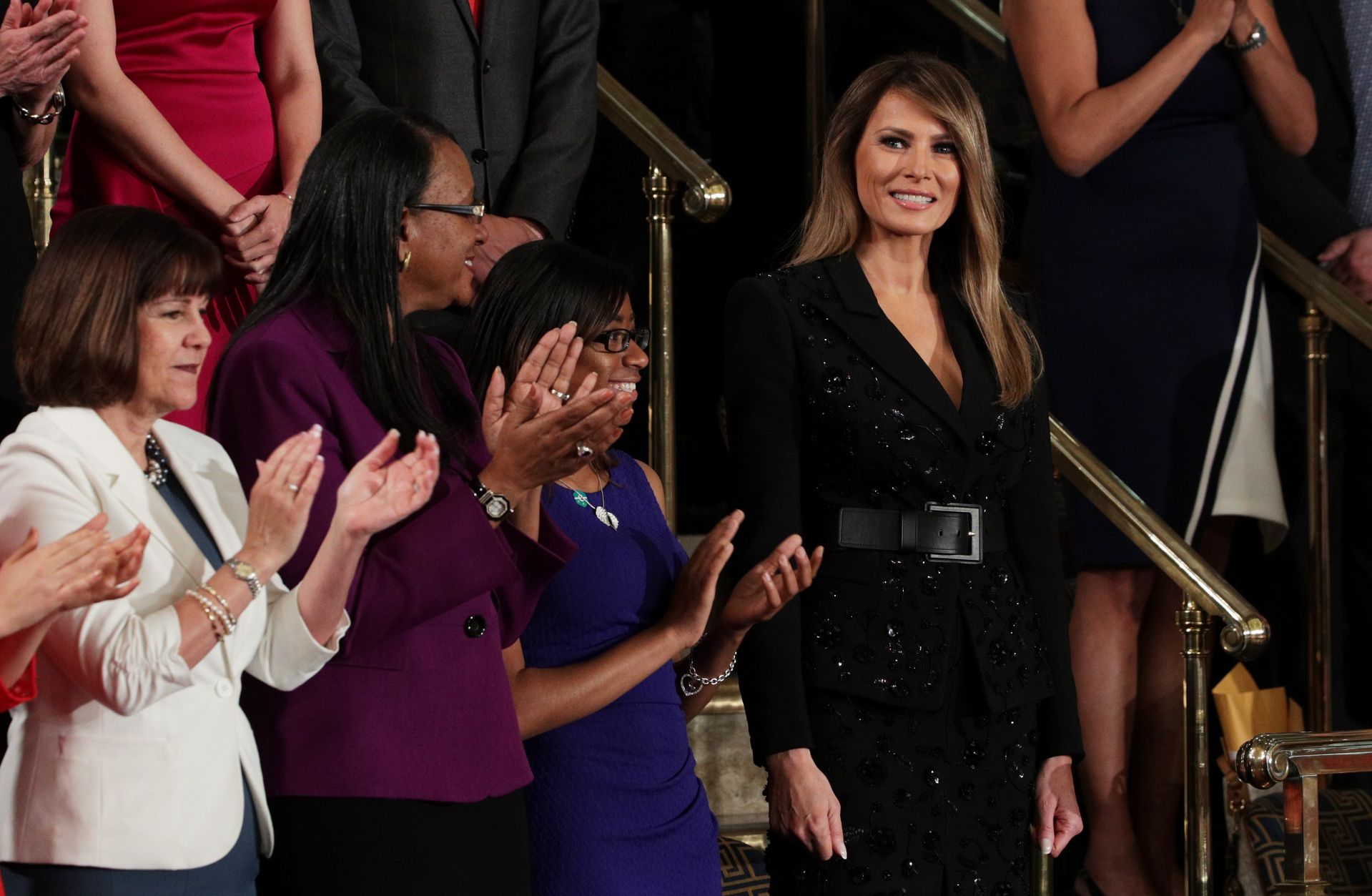 This $10k suit was worn to the Joint Session of Congress.
Getty Images
Advertisement 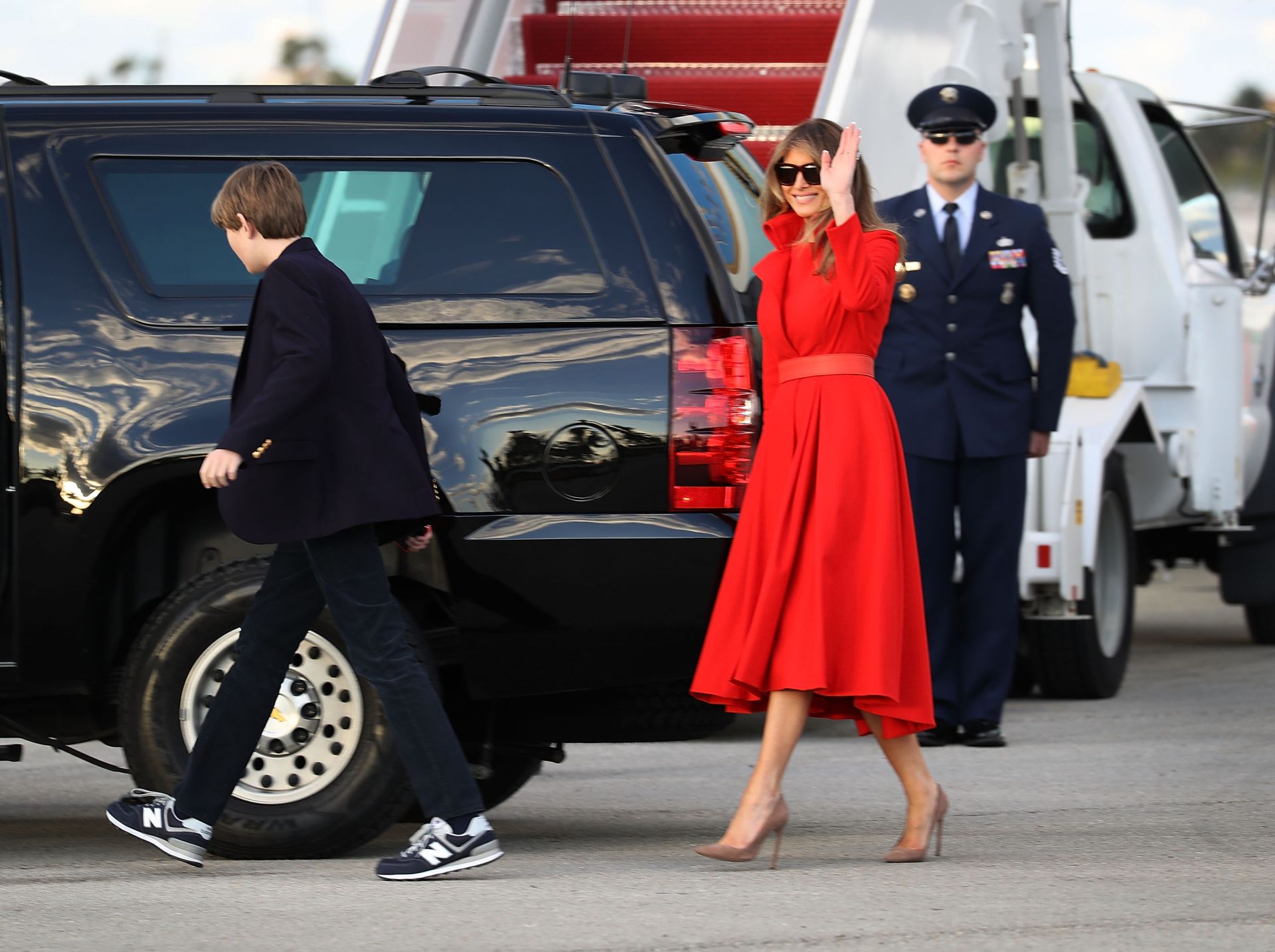 A monochromatic moment in Palm Beach, where FLOTUS matched her belt to her red coat.
Getty Images 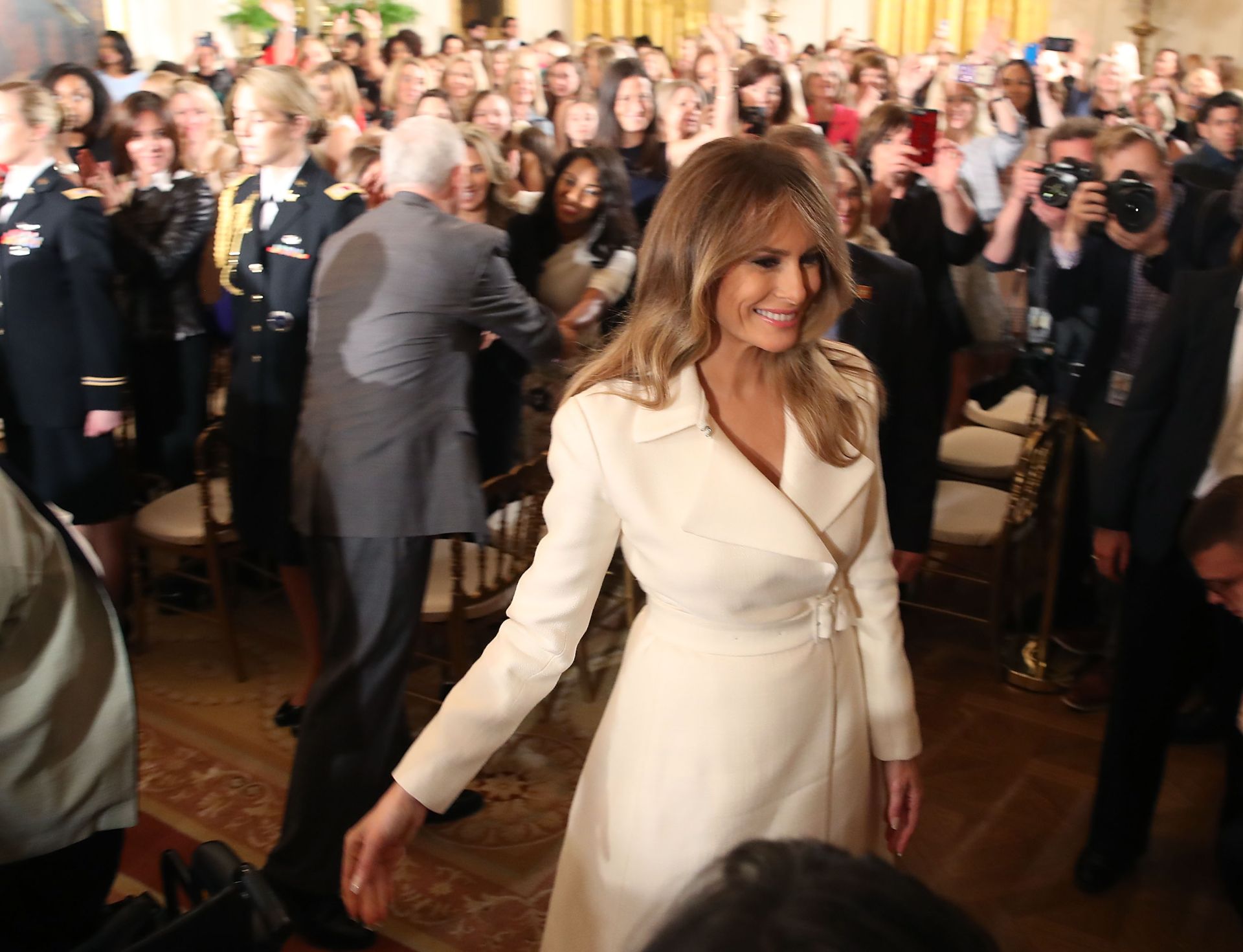 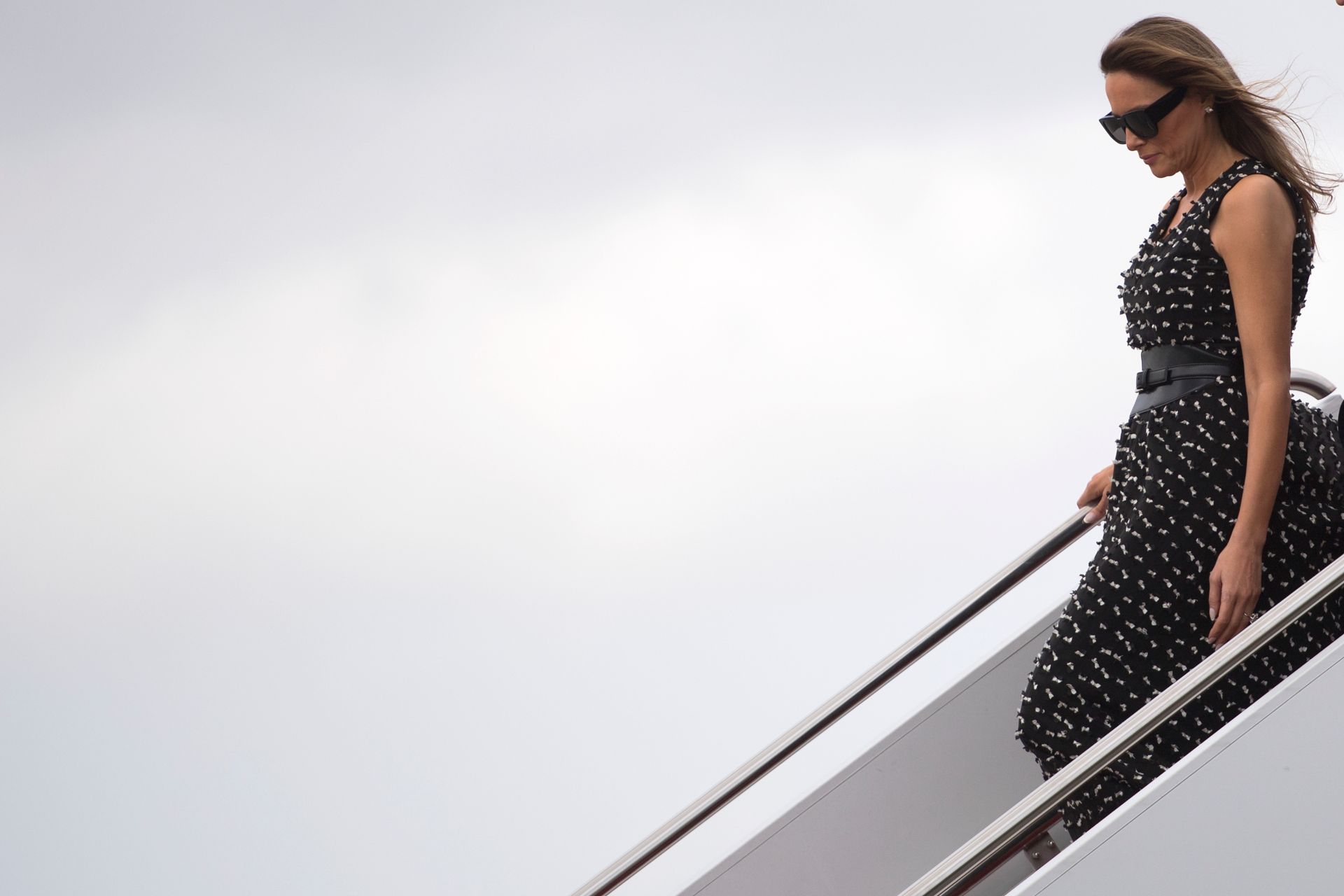 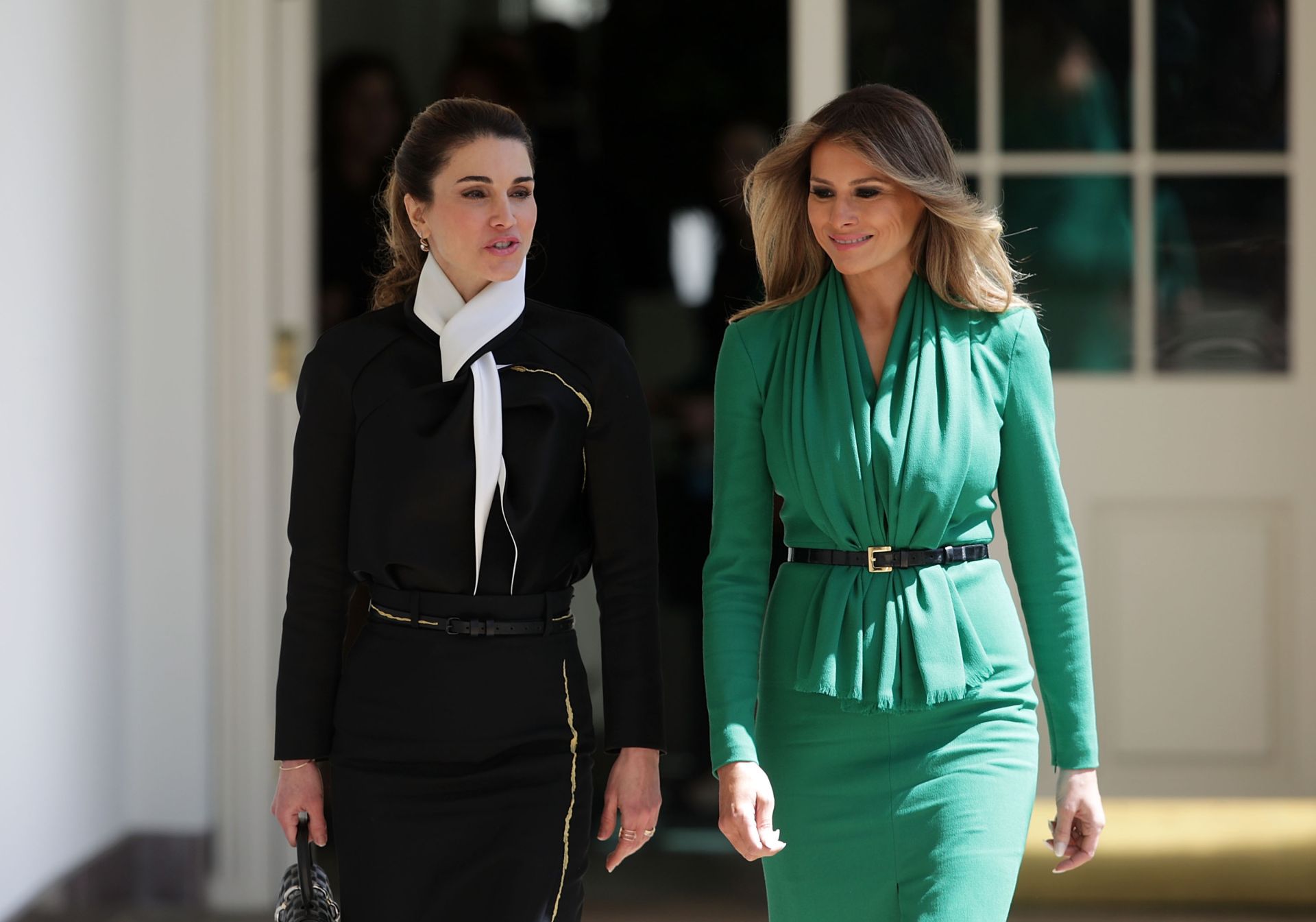 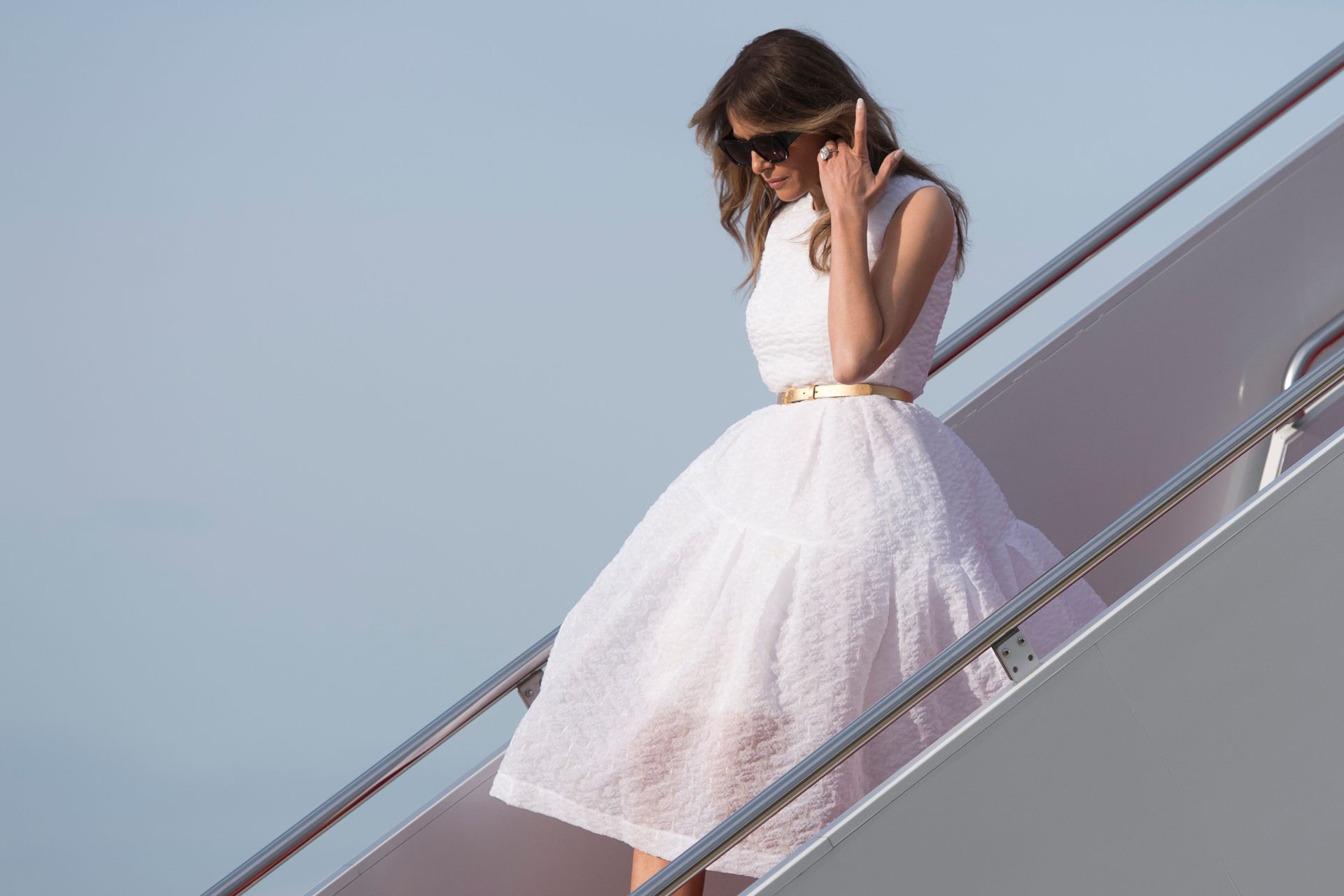 On Easter, the first lady even belted a voluminous white dress.
Getty Images 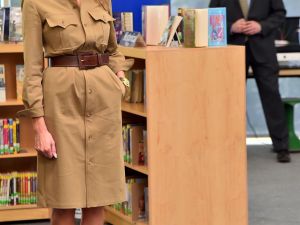 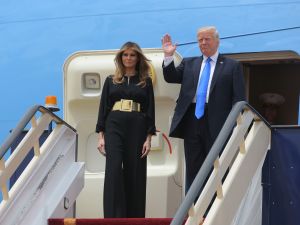 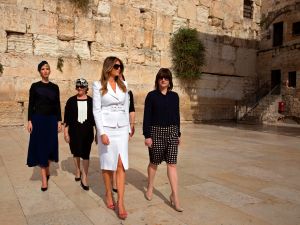 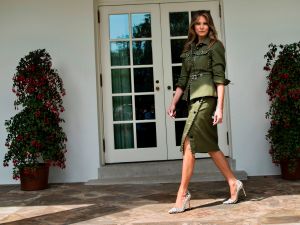 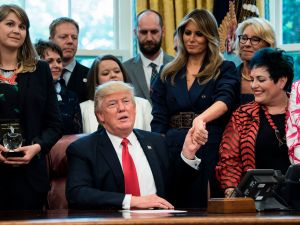 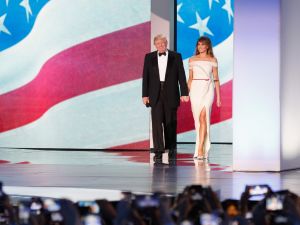 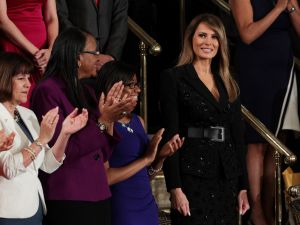 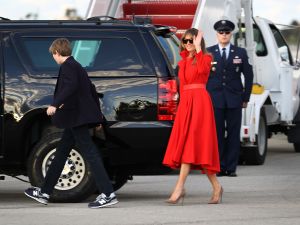 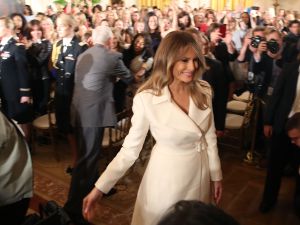 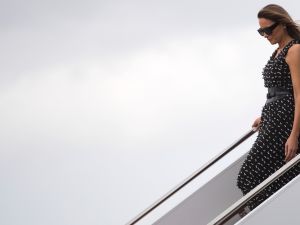 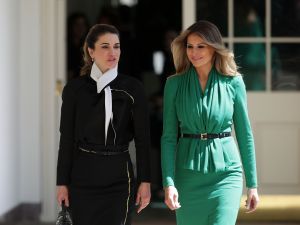 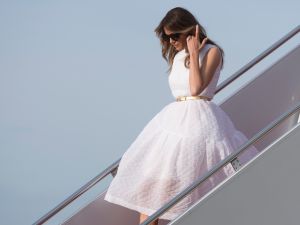 Only a few days into her first international tour as first lady, Melania Trump received criticism for not donning a headscarf in Saudi Arabia. The head covering is traditional garb in the notoriously conservative country and it’s also the same exact critique that President Trump tweeted about Michelle Obama, who also decided not to wear the scarf during a 2015 visit to Saudi Arabia.

That fiasco aside (plus the hand swatting situation that went viral), the first lady’s tour of the Middle East looks to be a sartorial hit. For a visit to the Western Wall in Jerusalem, she wore a belted white suit from Michael Kors Collection, along with zebra print heels from Manolo Blahnik. FLOTUS opted for a pure white outfit while visiting one of the most holy sites in the Jewish religion; it also marked the first time a sitting US president has paid a visit to the international destination.

When stepping off Air Force One in Saudi Arabia, Melania was photographed in a modest black jumpsuit from Stella McCartney that she accessorized with a wide golden belt by Saint Laurent. Local critics positively compared the flowy fabric of her outfit to an abaya, the covered up robe worn across the Muslim world. And when the first lady accompanied Saudi Education Minister Ahmed Al-Issa to the American International School in Riyadh, she chose a Ralph Lauren shirtdress in khaki, which was, you guessed it, cinched at the waist with a belt, also from Saint Laurent.

It appears that Melania has adopted a presidential dress code of sorts, one that often includes a conservatively cut suit in a playful color or fabric from an American designer. She puts her own touch on the look by circling her waist with a belt, a simple styling trick that flatters almost any silhouette by drawing attention to the smallest part of the frame. In fact, on the night of President Trump’s inauguration, FLOTUS donned this same silhouette, though for the occasion she chose a delicate pink belt to accompany her white silk dress from Herve Pierre.

She also chose to wear her unofficial uniform to the Joint Session of Congress, though the price tag of her Michael Kors Collection suit was a bigger topic of discussion. She has also cinched her waist in a green Altuzarra suit to meet with Argentina’s President Mauricio Macri and First Lady Juliana Awada and belted an emerald green Herve Pierre two-piece to spend time with the King and Queen of Jordan.

Click through to see more examples of the first lady stepping out in her beloved belted look.