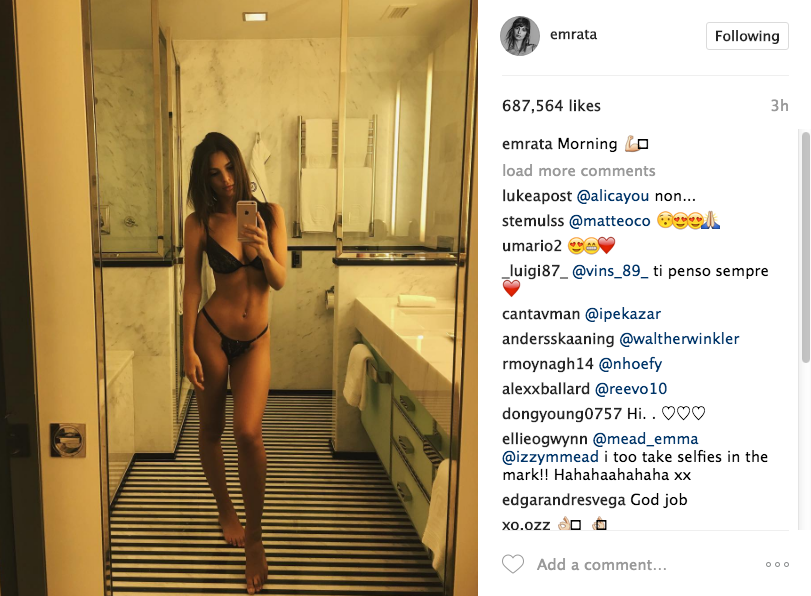 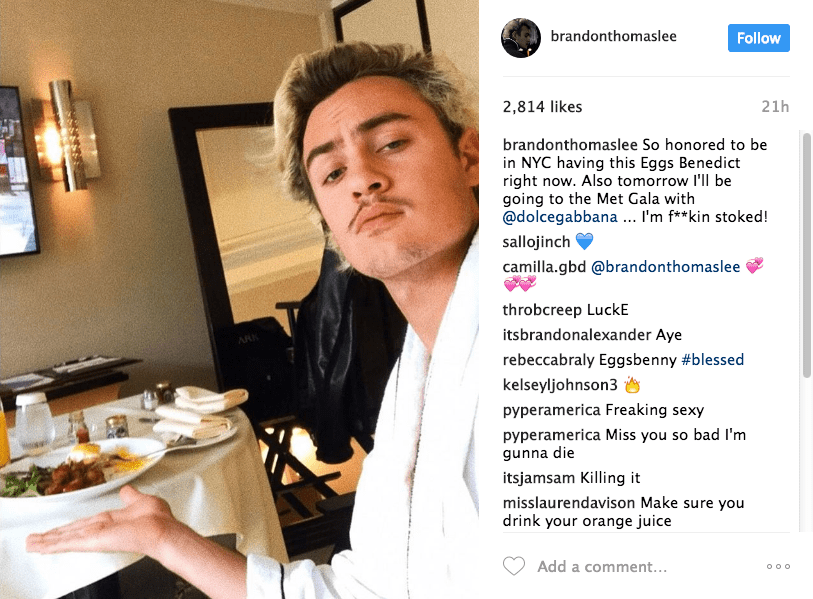 Brandon Thomas Lee, the model son of Pamela Anderson and Tommy Lee fuels up before the big event.
Instagram 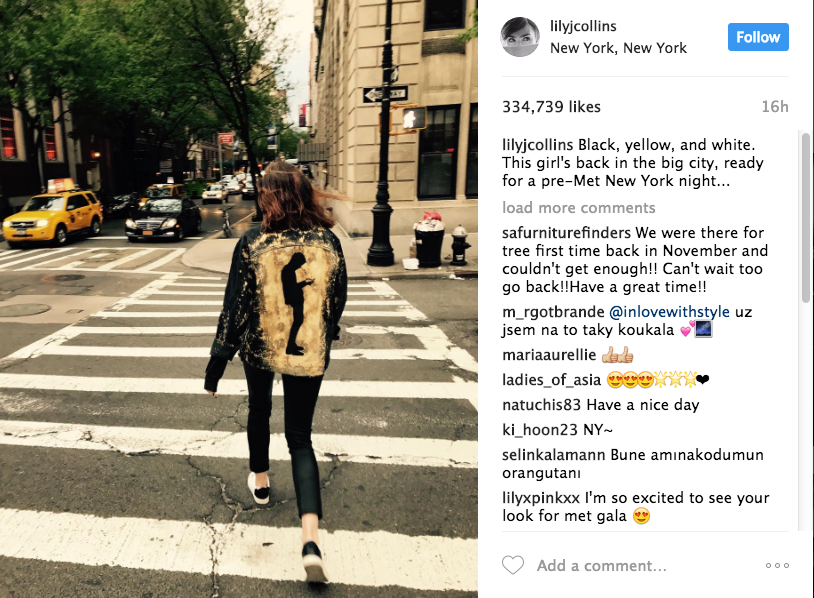 Lily Collins takes a stroll on the Upper East Side, not far from The Met.
Instagram 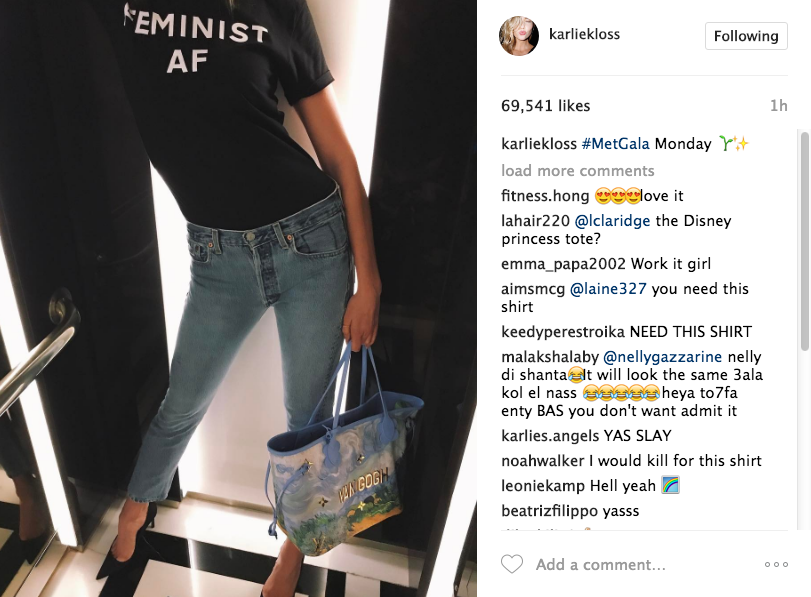 A feminist tee-shirt and an artsy Louis Vuitton tote are helping Karlie Kloss get in the mood.
Instagram
Advertisement 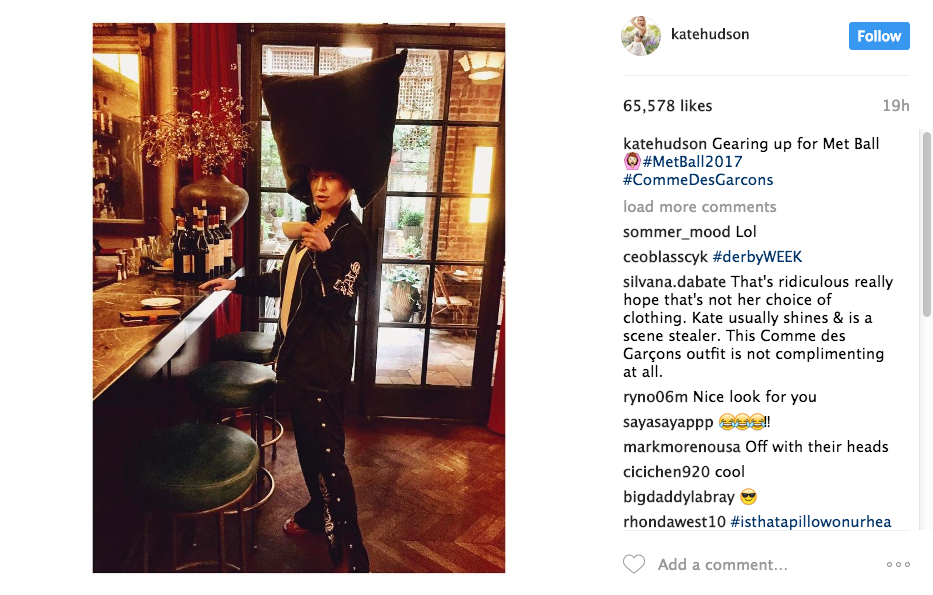 Stocking up on some bodega snacks is a respectable Met Gala activity.
Instagram 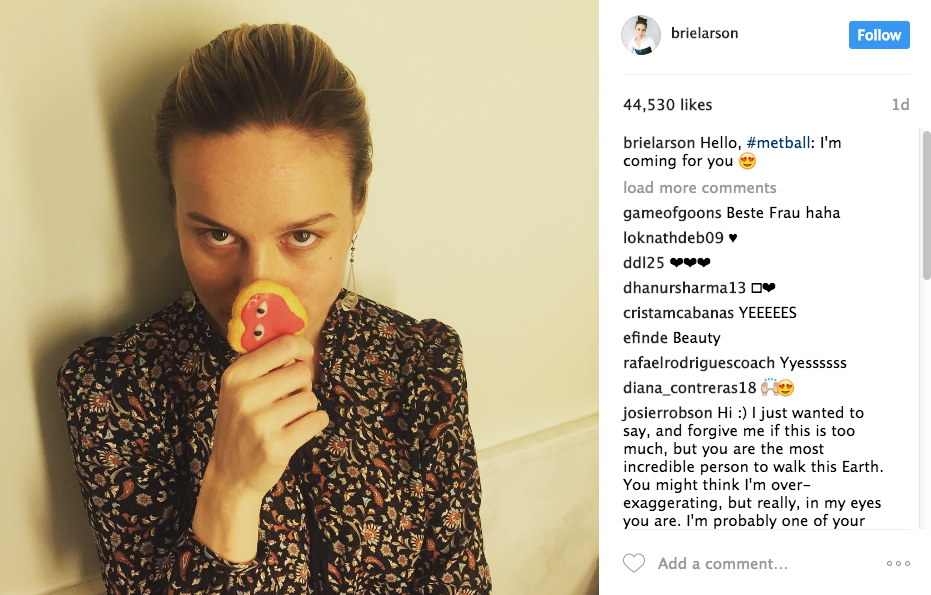 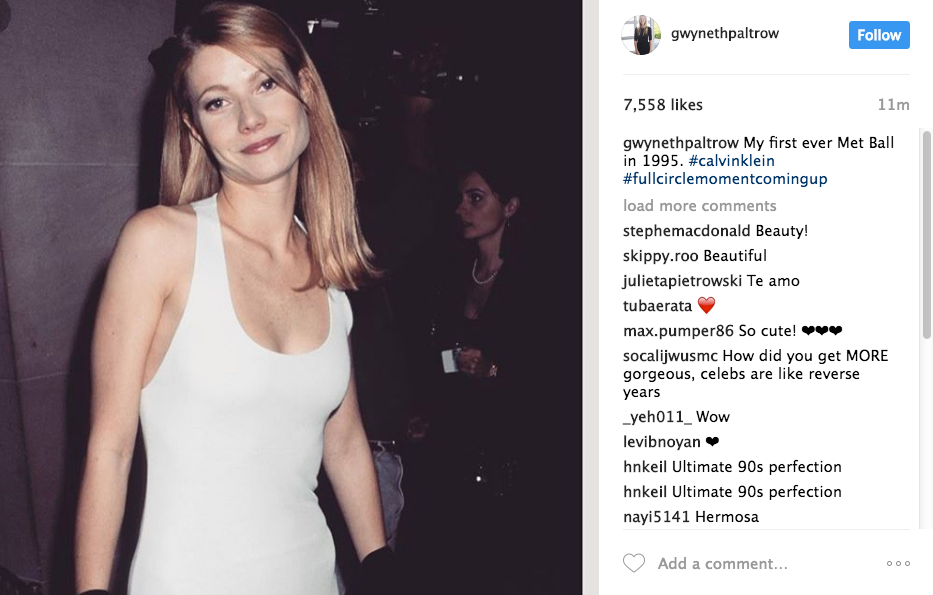 Gwyneth Paltrow is throwing it back, but also offering a sartorial hint.
Instagram 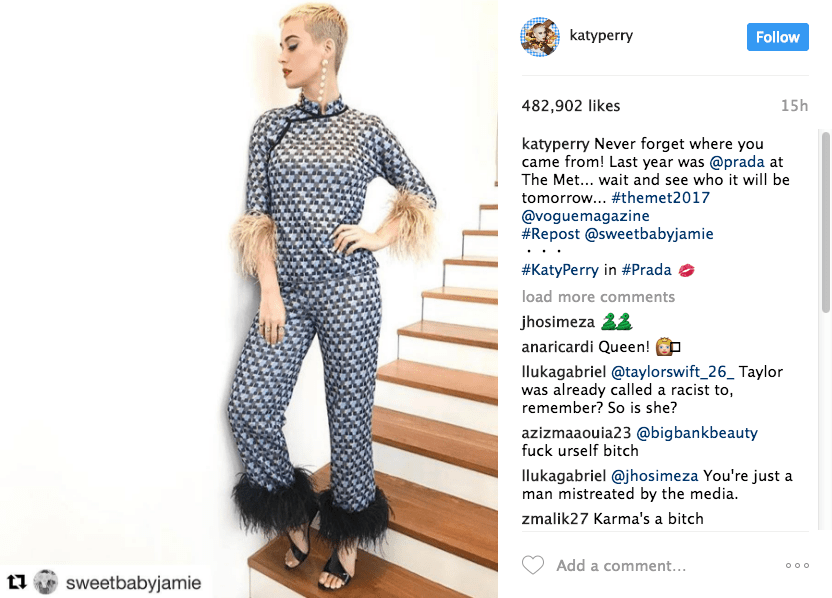 Katy Perry is also reminiscing on outfits past.
Instagram 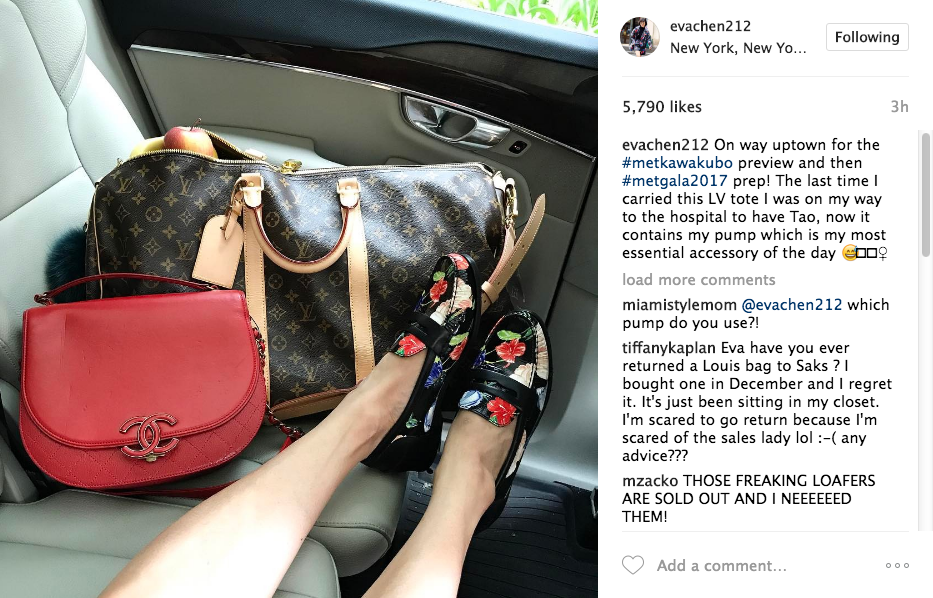 Instagram's Eva Chen is striking her signature pose, in a cab of course.
Instagram
Advertisement 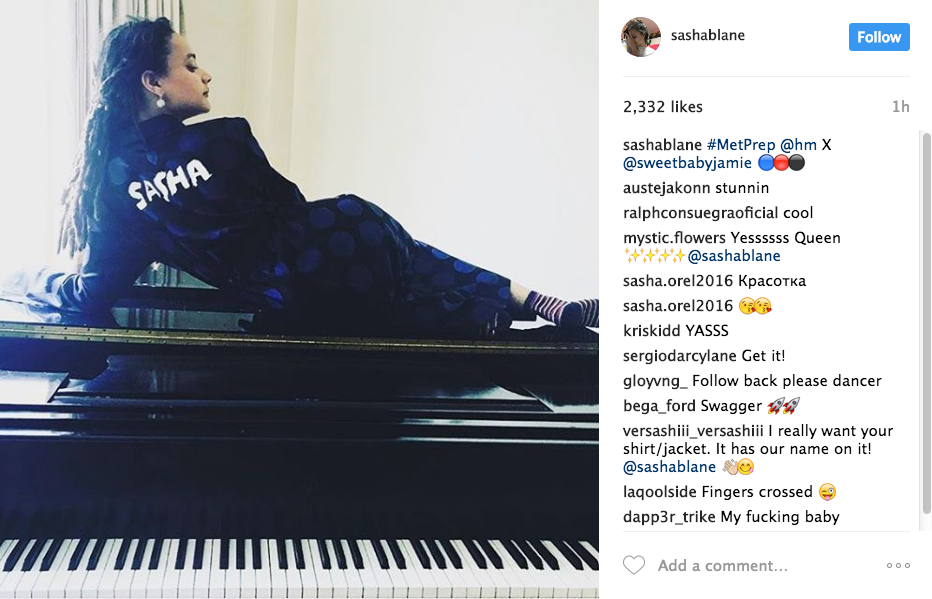 Lounging in style is one way to do it. Sasha Lane, we approve of your ways.
Instagram 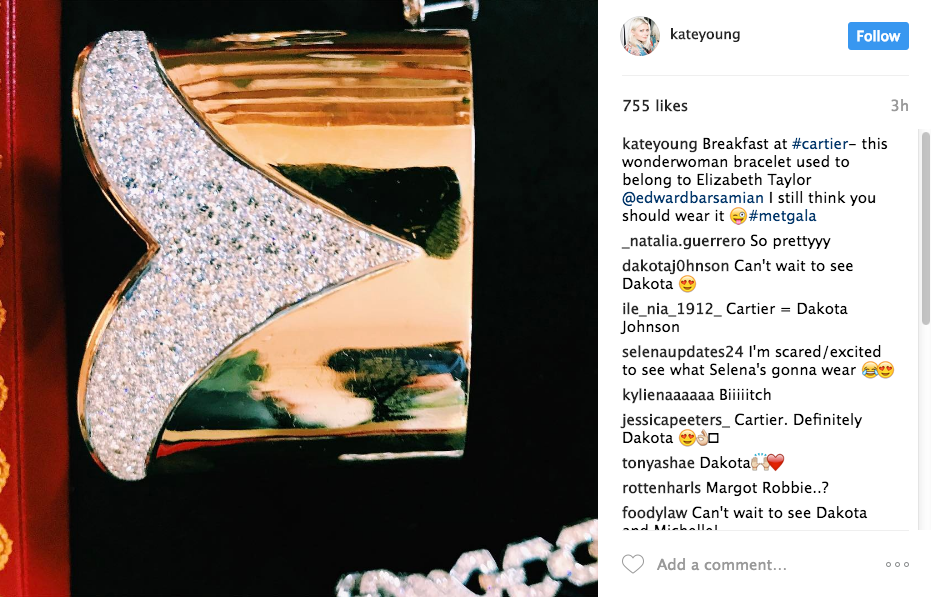 Stylist Kate Young was checking out Cartier jewels the morning of.
Instagram 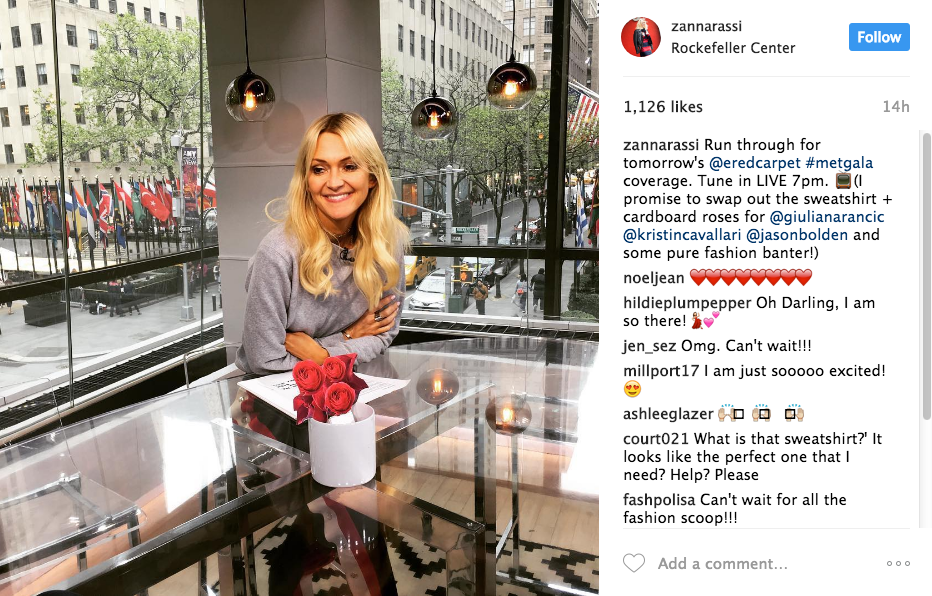 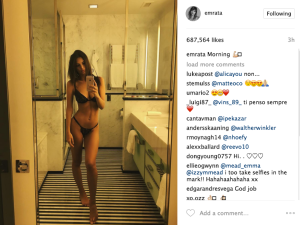 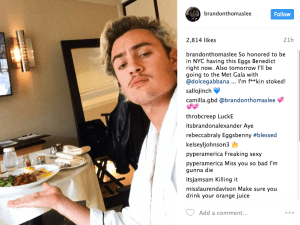 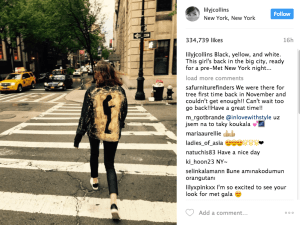 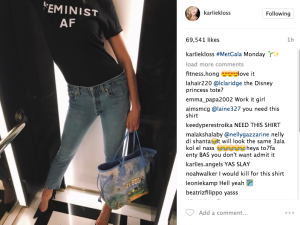 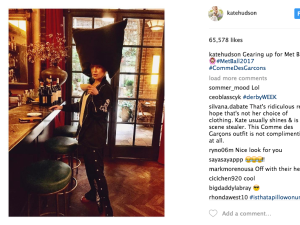 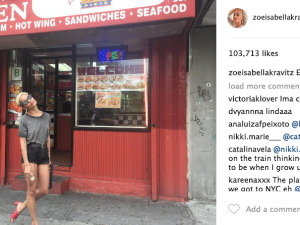 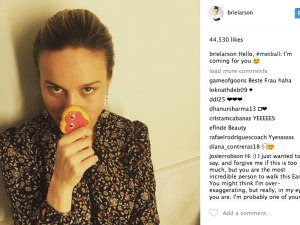 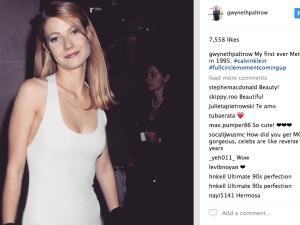 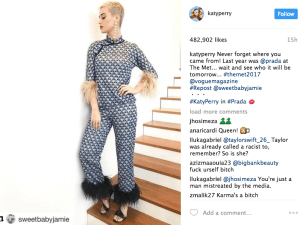 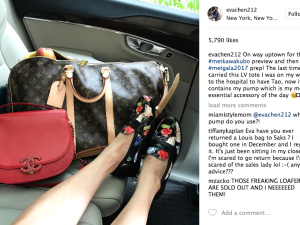 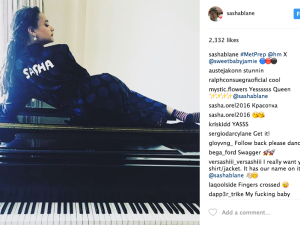 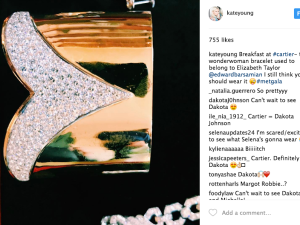 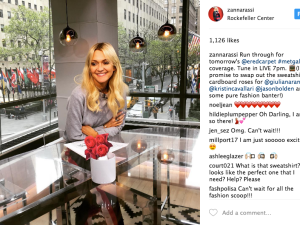 The first Monday in May is finally here. And unless you’ve been residing under a rock, you’ll know that means the Met Gala has arrived. And thanks to social media, it’s become increasingly clear which celebs have received the coveted invite…and which have not.

Kate Hudson already donned some avant-garde garb, in the form of a huge hat that Rei Kawakubo would appreciate. Sasha Lane was posing atop a piano, for some musical preparation and Zoë Kravitz was spotted hitting the bodega, for some fashionable snacks ahead of the event. There were also a ton of Met Gala throwbacks posted, proving that a past outfit can be a great inspiration for the future.

While People is reporting that Kanye West will not be accompanying Kim Kardashian to the Gala this year, we assure you that it’s not the end of the world. There will be plenty of other stars in attendance, so you won’t even notice his absence. Click through to see how other stars are preparing for one of the biggest red carpet events of the year.